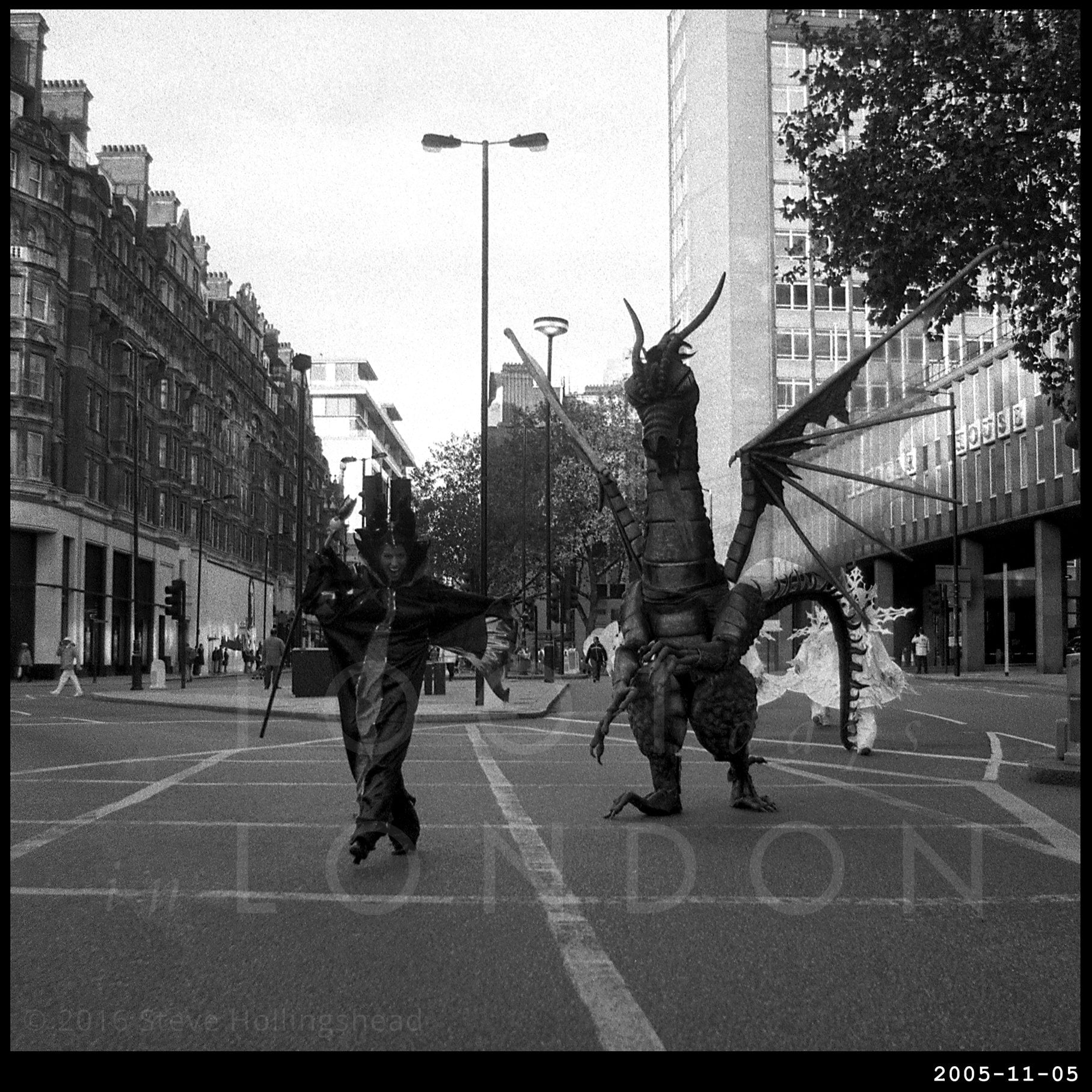 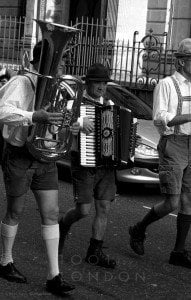 If you’re wondering who in their right mind is prepared to get up ridiculously early on a chilly November morning to stand behind some barriers in Knightsbridge and wait ages for a small procession of seemingly unconnected costumed characters to pass by… well it’s folk who are so excited by Christmas that they’re getting into the spirit as soon as they can – after all, there’re fewer than 50 shopping days to go. 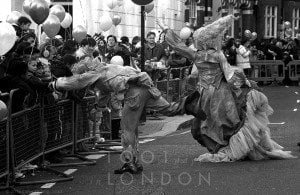 So these plucky people are here to get their Santa fix in early [so… if he’s ensconced in his posh grotto here from now on, who’s in charge back at the workshop then, eh?] and lucky for them, this little corner shop seems to have ooh, just about everything they need for the festival. 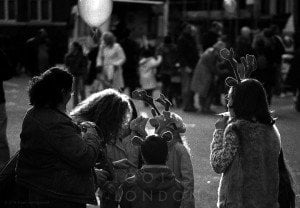 Anyway, as you can see, the waiting throng has a number of seasonal entertainers to keep them occupied before the big man turns up. And of course that’s real snow being pumped into the street from somewhere in the building. 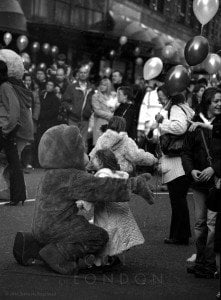 Sadly, only a few years after this the wonderful and self-effacing owner Mr Fayed sold up shop to concentrate on his poetry [I may have misheard that bit], and the boring new owners stopped the traditional parade, which must have disappointed so many parents. Still, there’s always bonfire night to look forward to.

Anyway, here‘s some pre-Fayed xmas fare, here‘s a festive Mr Bean and, because we had real reindeer in the parade, here‘s a not-too-Christmassy tune.