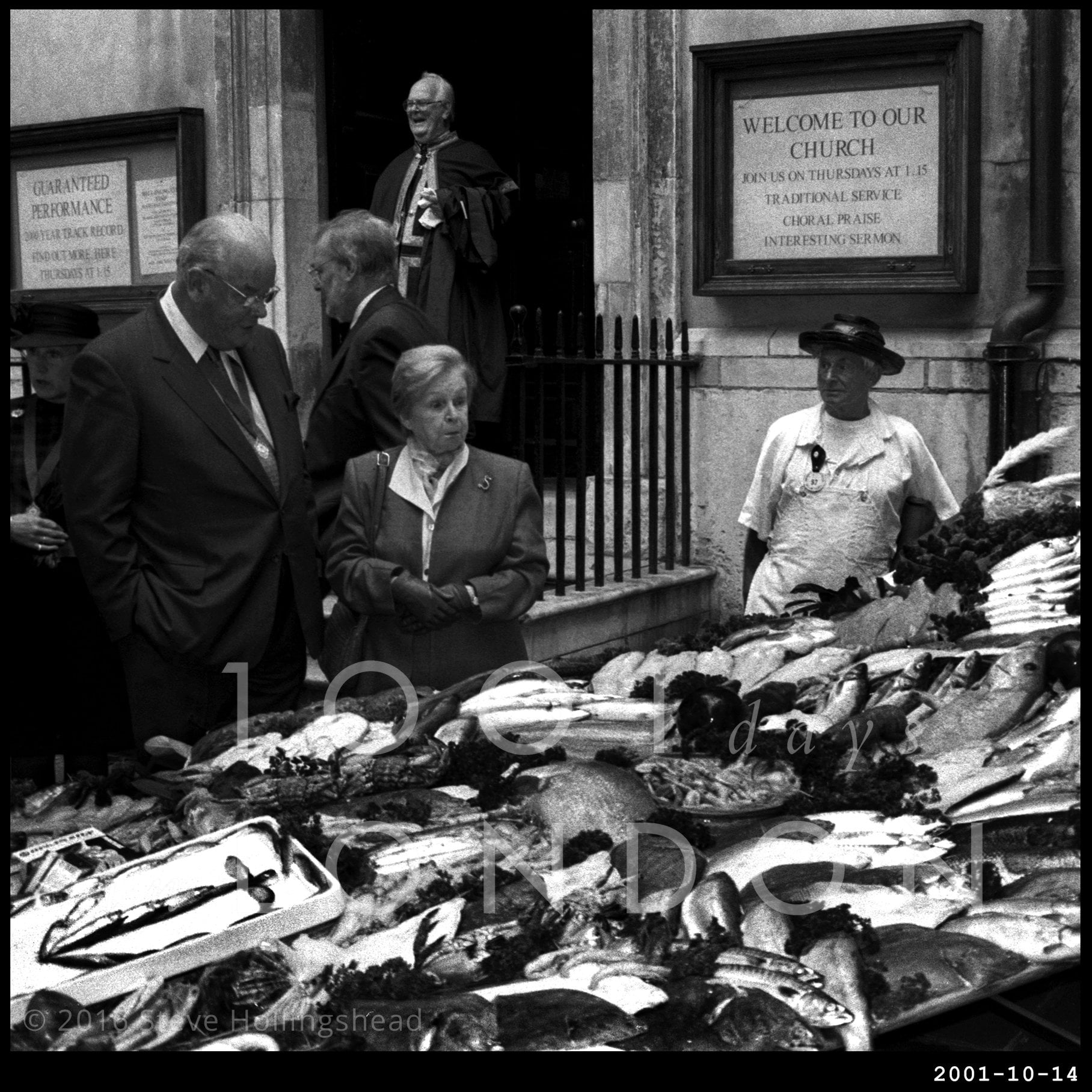 ‘Harvest of the Sea’ Service

Anyone wandering around the backstreets of the city near Monument on a particular mid-autumn Sunday lunchtime will quite possibly be assailed by the strong smell of fish, yet will find no obvious evidence of where that smell could be coming from. Could this be some sort of lingering ghost-odour from the long-departed fish market that used to dominate this part of the city? 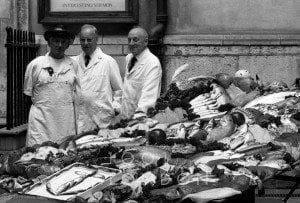 Absolutely it could. On the other hand… it could possibly be down to the fact that, despite the market having shifted to the Isle of Dogs in 1982, the church of St Mary-at-Hill in Lovat Lane is still its spiritual home, and each year a group of market porters present a bounty from the sea for their annual Harvest Festival Service there (except in 2001, when the regular church was temporarily closed so the service was held up the road at St Margaret Pattens instead). Evidently they didn’t have room for the display inside (or they didn’t fancy the smell, possibly) and the impressive presentation of the fruits of their trade found itself laid outside on the street. 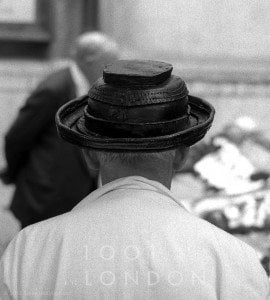 Amongst the porters present was the veteran Frank David, sporting the traditional porter’s Bobbin – The Gentle Author has a detailed low-down on Frank and the event from another year, as well as some great images from the area in the 1960s. 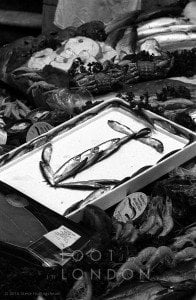 The Old Market is still there (not that any of us could afford a party there any time soon) – they even have their own house band, although this is probably what we’d more readily associate with the traditions of Billingsgate in its prime.