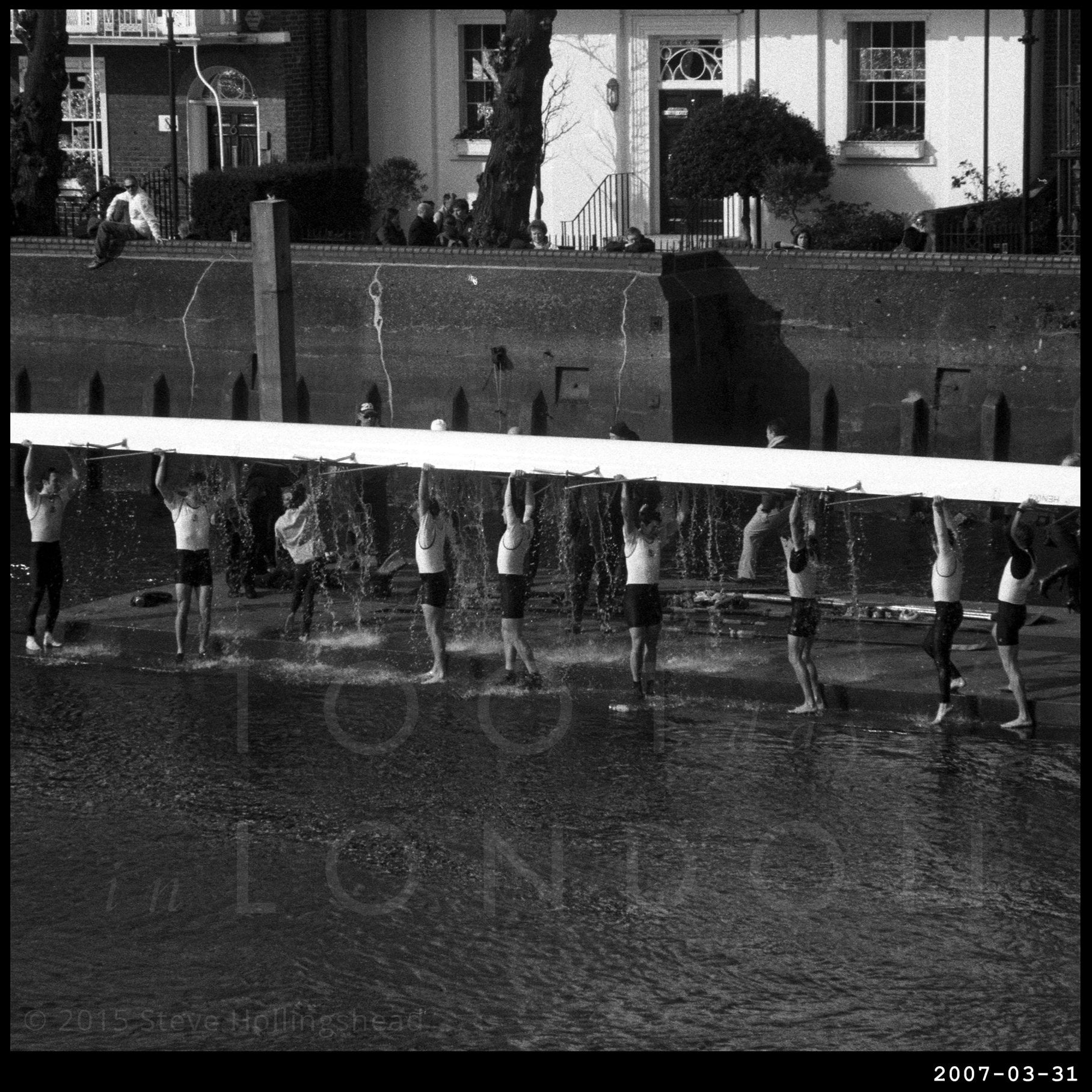 Or the ‘Not The Boat Race’ in which over 400 crews of eight set off from Mortlake to Putney (sadly not all at the same time – now that would be a picture) as the tide begins to ebb, setting off two at a time at ten second intervals. Sounds exhausting, yes, but just think of the poor bar staff afterwards having to deal with over 3,200 thirsty rowers. 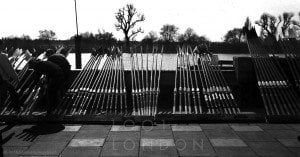 As with the more famous river race taking part the weekend or so following, the event proves to be a huge draw for drinking – sorry – rowing enthusiasts, with crowds filling all available vantage points, particularly around the refreshment parlours of Hammersmith & Putney. The advantage with this race is you don’t miss the whole thing during a urgent trip to the loo.

This event all began in 1926 with a mere 21 crews (now rowers from all over the world come to participate), and, apart from the war years, been successfully completed every year since then.

Until 2007, that is, when, due to ‘appalling weather conditions’ the race had to be abandoned after a number of boats sank, so the large crowd of us gathered on Hammersmith Bridge had little to cheer on other than the plucky crew here making an early beeline for the Dove.

Maybe not quite the right tempo, but at least it’s got ‘rowing’ in the title.