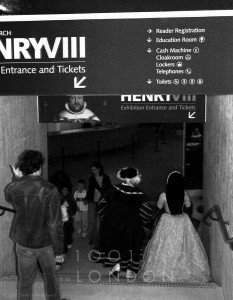 The British Library is one of the modern wonders of the world: as well as being the repository of about 5 trillion books, documents, articles and just about everything ever published – even this – It’s a place where proper writers do proper research [as opposed to just looking up things in Google, ahem…], and it’s also a place that puts on regular exhibitions and special events, not always necessarily associated with all things Bookish. 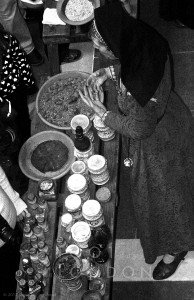 This particular event is all about our favourite Bad King, and as well as having the man himself wandering around posing for photos with his wife [not entirely sure which one…], there’s an exhibition, talks, demonstrations from Tudor cooks and apothecaries and, of course, the obligatory staged fights out in the expansive courtyard. 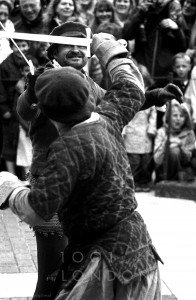 About the same time [tenuous link warning…], just South of the river another modern underappreciated building is hosting a gathering reflecting events of major historical significance, although this one has more contemporary relevance.

It’s the inaugural ‘Origins Festival’ – a season of events organised by Border Crossings showcasing arts from some of the globe’s most oppressed indigenous communities, and launching with some performances in the Scoop amphitheatre – though the unseasonably chilly conditions may have contributed to a smaller than anticipated audience. 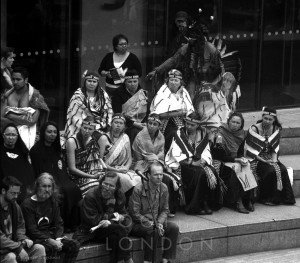 Meanwhile, back at the library, the king has invited his subjects together for a good old Tudor sing-song…