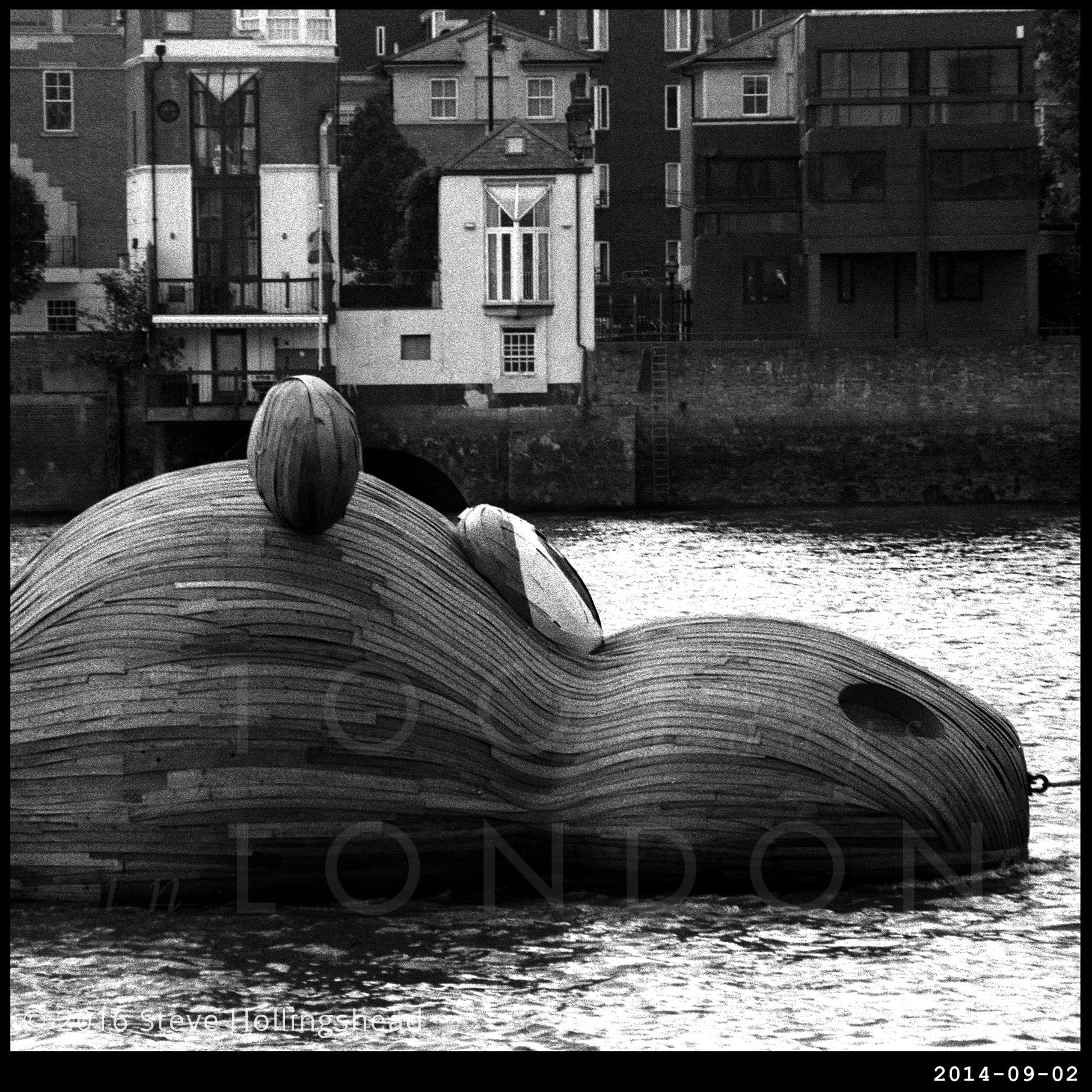 Following the massive drop in funding after 2012 that forced the hugely popular Thames Festival to reinvent itself as Totally Thames, it immediately became necessary to maximize any financial support available and to accommodate the provider in a mutually beneficial way to all parties. Thus Florentijn Hofman’s HippopoThames ended up being anchored at the Lambeth – Wandsworth council boundary next to the gleaming new St George’s Wharf private residential development, instead of, say, somewhere near the Southbank. Still… it’s all part of getting the event to a broader audience. 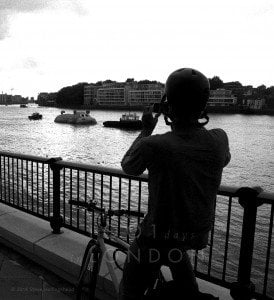 Anyway, I’m pretty sure Hofman (internationally renowned for his giant ducks and bunnies) didn’t create the Hippo’s wide-eyed stare with any specific meaning attached, but put in context it’s easy to anthropomorphically append some sort of reaction to the situation it finds itself in: are the eyes wide in awe/terror at the redevelopment/social misappropriation of the Battersea-Nine Elms neighbourhood going on behind it, or are they gazing enviously at the fun and bustle going on a mile downriver at the South Bank. 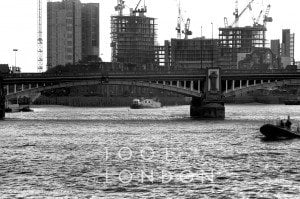 Apparently, there used to be real hippos in the Thames, although that would have been a good few years ago – which was part of the inspiration for Hofman’s creation, as well as a children’s storybook – though probably not anything related to this. 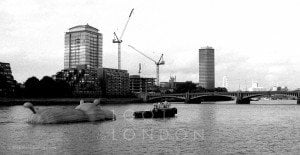 It’s probably a good thing he didn’t incorporate anything like this into his overall design concept, though a pity there weren’t loudspeakers delivering this at regular intervals during the hippo’s sojourn here.