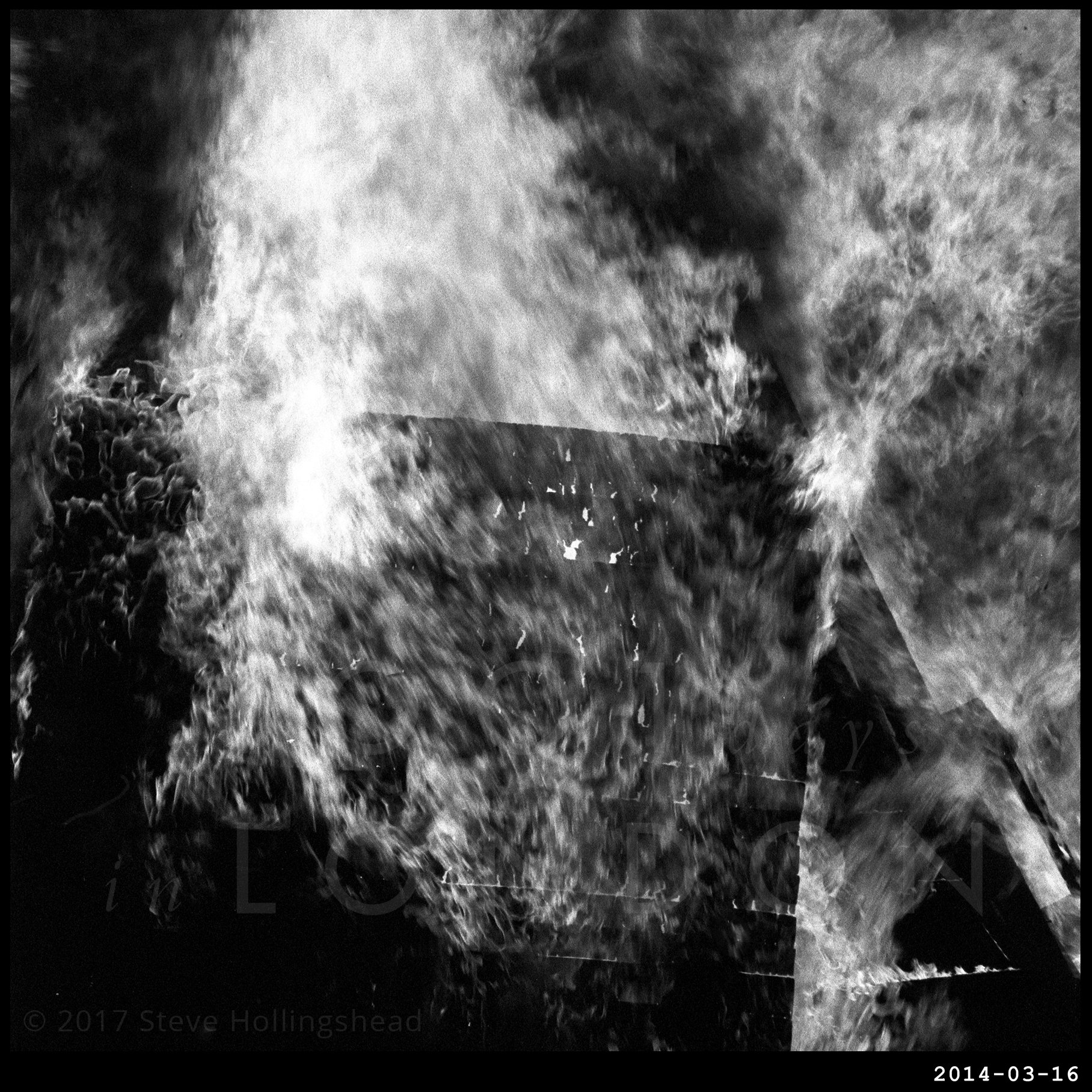 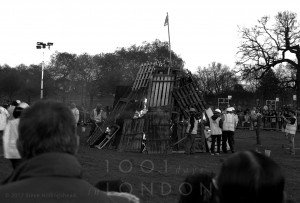 If ever there was a religious festival shamelessly appropriated for total secular indulgence [and we’re not talking about formerly pagan festivals appropriated by other faiths and then turned into an annual Megabinge], then that festival is Holi. Yes, it’s a festival involving people having a good time throwing powder paint over each other, but still… 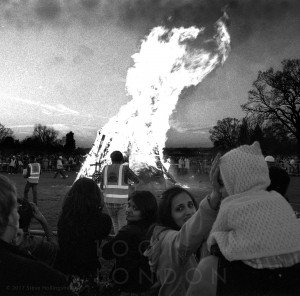 In a sense, the festival ought to be named after Bhakta Prahlad, the young chap who defies his father, demon king Hiranyakashyap, and becomes a devotee of Lord Vishnu. Hiranyakashyap isn’t best pleased & tries unsuccessfully to kill his errant son.

‘Holi’ comes from Holika – Hiranyakashyap’s sister and Prahlad’s aunt – who lures the young chap into a bonfire [she’s supposed to be protected by a ‘boon’] – thanks to his devotion, Prahled comes out fine. Holika’s boon, on the other hand, isn’t all encompassing and it doesn’t end well for her. 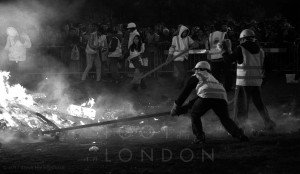 So the Holi Festival actually begins with a bonfire, and it’s the following day that everybody celebrates the victory of good over evil in the most colourful way possible –and why not.

Here in Kingsbury, there is no effigy of Holika in the bonfire, but there are a lot of coconuts. It also gets really rather warm, so respect to the stewards risking a scorching retrieving the hot nuts from the embers to pass amongst the attendees. 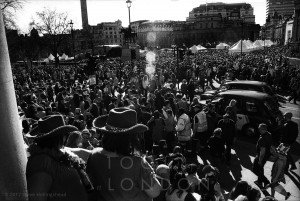 Actually, it’s been pretty warm day all round, which might possibly have had some effect on the turnout for the St Patrick’s day festival earlier, where Trafalgar Square and quite a few of the streets around became a sea of green [you’ll have to take my word for it].

I know this is The Boss’s song, but these ladies give it a pretty good rendering as well.