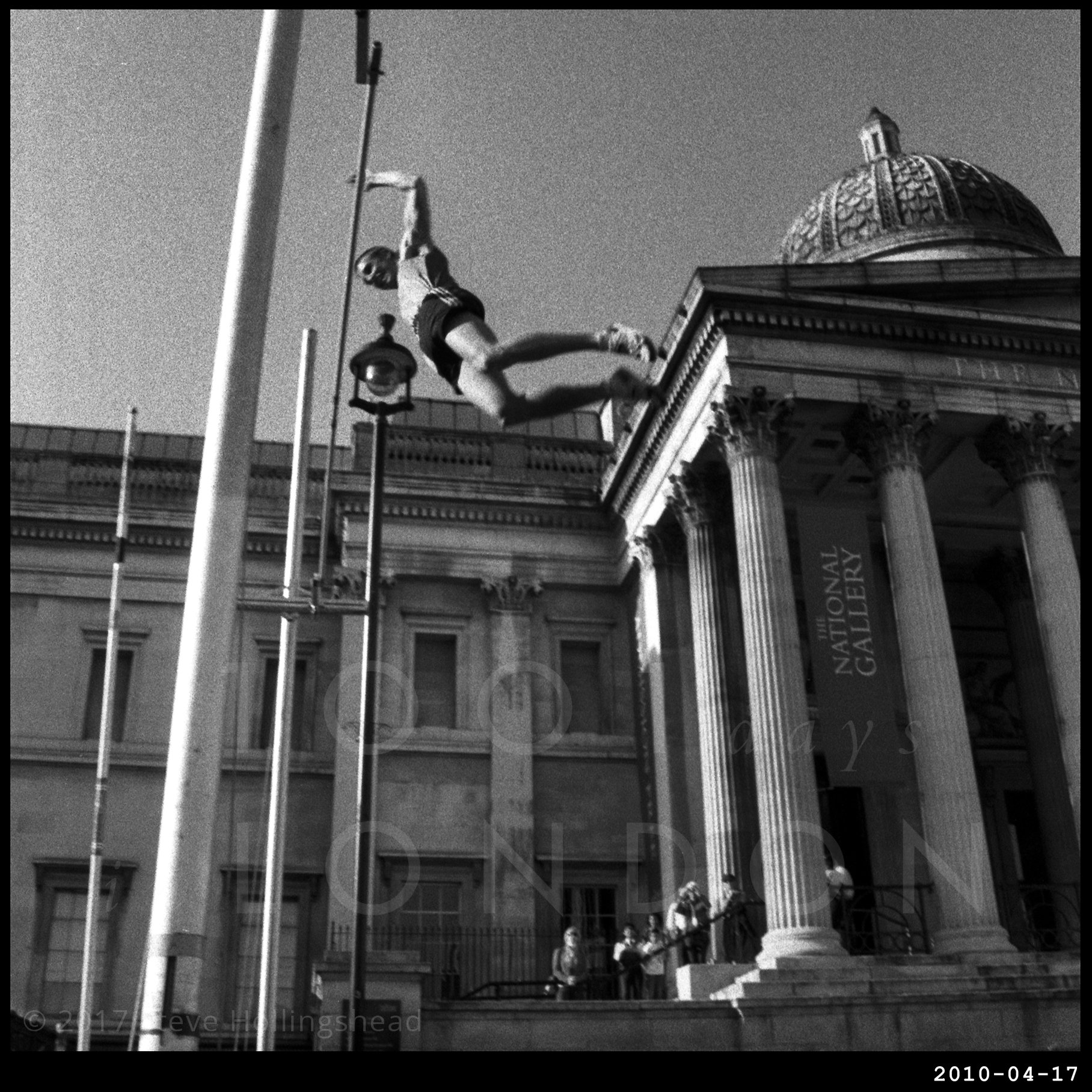 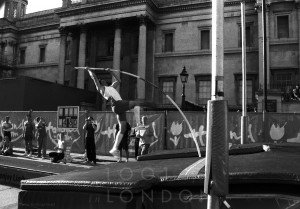 Yes, this is another event in Trafalgar Square, and, no, this isn’t a new sporting challenge that entails jumping from the roof of the National Gallery [now, there’s an idea…] – this athlete is in fact taking part in a pole vault competition as part of festival organised by the Dutch Tourist Board to celebrate the Queen’s birthday (now it’s King’s Day). No, I didn’t realize she was such a keen pole vaulter either, but there you go. 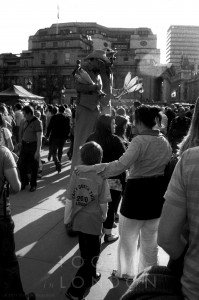 The Holland House Party – and that’s a party organised by Holland House, not a house party in Holland (though they do seem to enjoy celebrating this particular day over there) only managed a few annual celebrations in the square (and elsewhere) before reverting to smaller, ticketed events after 2012, probably realising the country doesn’t really need such an extravagant festival in London to promote itself. 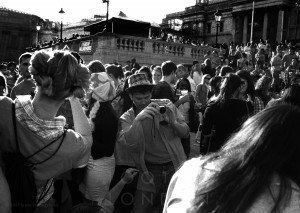 The Dutch, of course, have long had a very close relationship with this country, having been invited over to run the place in 1689, & thus William of Orange became our new monarch, and so popular is the dynasty amongst the Dutch folk [and protestant Northern Ireland, but we won’t go there] that orange has become the national colour – despite the appellation originally coming from a region of France named by the Romans after their water god Arausio, not that anybody cares these days, evidently. 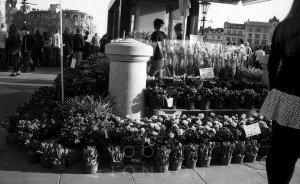 Anyway, it’s all very colourful and typically Dutch, with plenty of poffertjes, tulips and clog making. And beer and music, of course, the latter of which including a set from the internationally renowned New Cool Collective.