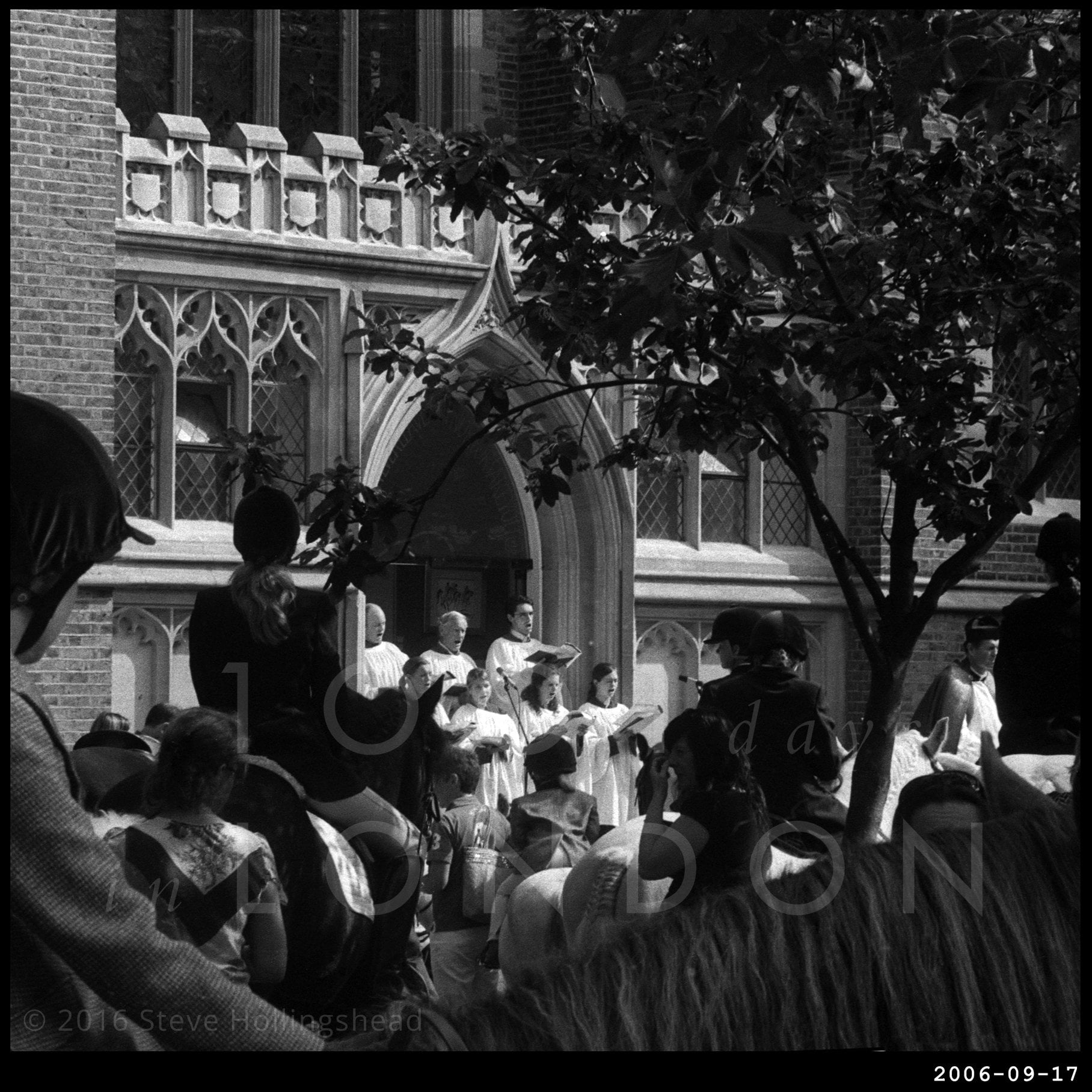 No, we haven’t nipped off to the Shires for the weekend (perish the thought) – this is indeed London, fairly central London in fact, just north of Hyde Park at the fine church of St Johns, where we’re at the Annual Horseman’s Sunday parade and service, which has attracted pious steeds and their riders for an outdoor (obviously) blessing every late September since 1968 – there used to be a much grander affair at Epsom Downs, but rising costs and dwindling numbers meant the event was cancelled in 2009, just after celebrating its 60th year. 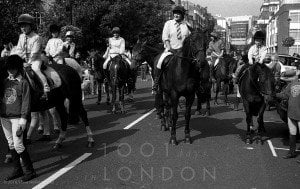 The central London version carries merrily on, however, in an often overlooked neighbourhood that’s too far east to be Bayswater and too far west to be Mayfair. This is the Hyde Park Estate largely owned by the Church Commisioners, and generally a quiet unassuming corner of the capital (well, until a certain ex-Prime Minister moved in, it was).

‘Twas not always so, however, for somewhere in this vicinity (its exact position not exactly clear) was the infamous Tyburn Tree – for centuries the venue for the punishment of choice for thieves, traitors and Catholics, the hangings often attracting massive crowds.

In fact, the area is also referred to as Tyburnia – not because of the gallows, but because the Tyburn Brook once flowed through here. Inspired by the history of the place, experimental filmmaker James Holcombe created a ‘documentary’ about Tyburnia, with soundtrack by the wonderful Dead Rat Orchestra, some of which you can listen to here.