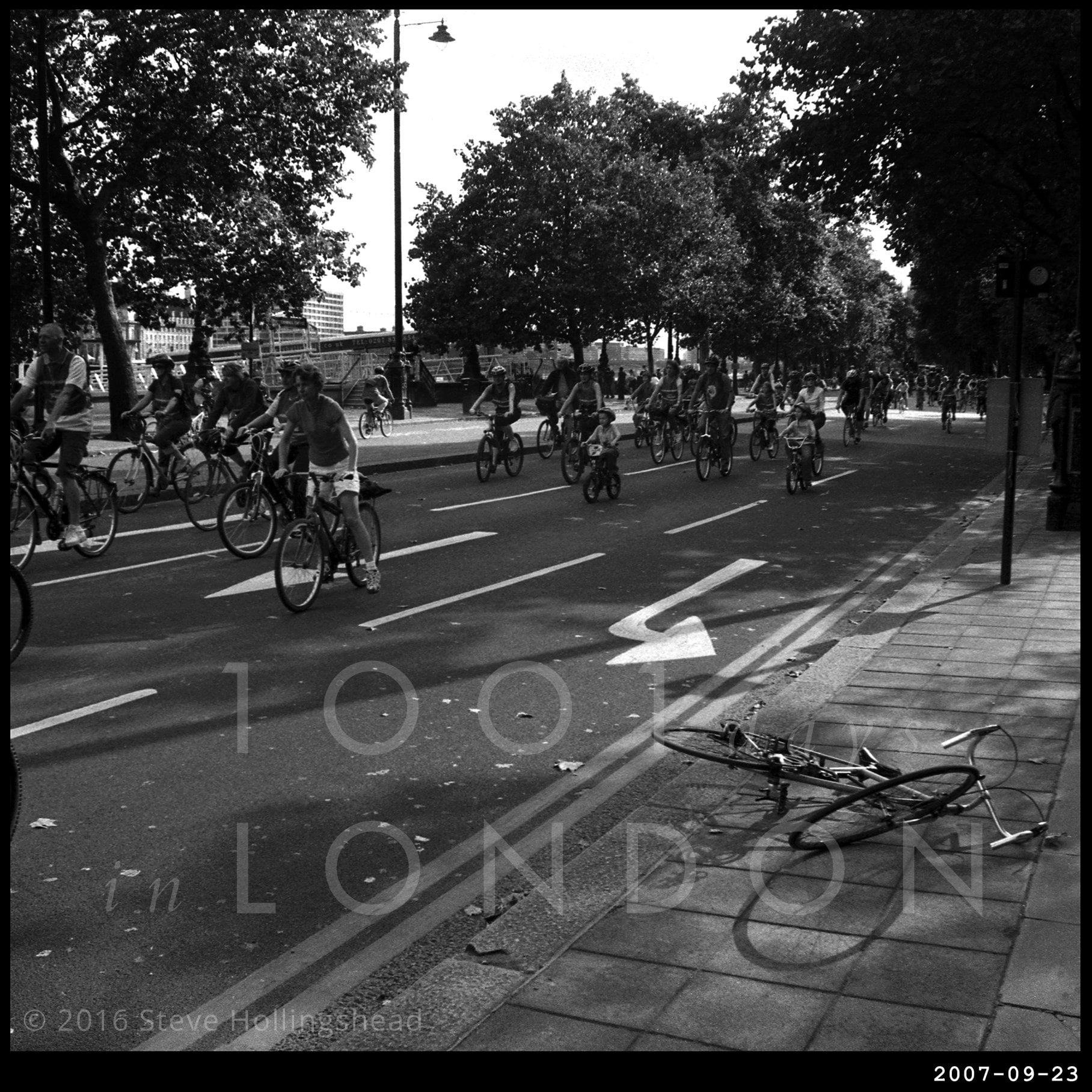 We have the estimable Thomas Bazalgette to thank for today’s image – not, as far as I know, because his enthusiasm for cycling was such that he created this lovely straight highway alongside the river to pootle along on his Penny Farthing (he would’ve been almost 70 by then), but that the desperate need for London to have an decent sewage system resulted in the embankification of the river from Westminster to Blackfriars. Before that time, the buildings along this stretch backed directly onto the Thames. 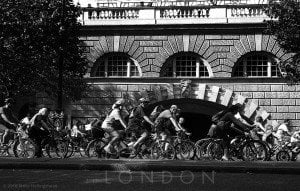 Almost 140 years later the road became the centerpiece for the first official Cycling Day Out – the Mayor of London’s idea (that would be Mayor Livingstone, by the way) to encourage the younger and less-confident cyclists amongst us to brave the Capital’s streets sans motor vehicles. And such a success was it that it now takes up two days in the summer, alongside the creation of a permanent East-West cycleway for your regular two-wheeled punters. A pity this particular participant hadn’t quite judged where exactly he or she should be turning left.

Interesting that Hovis were the sponsors for the first two years of the event – probably due to associations with this advert (although this one possibly has a closer connection). And we go for this piece of music because the video was filmed just across the river in Bermondsey.