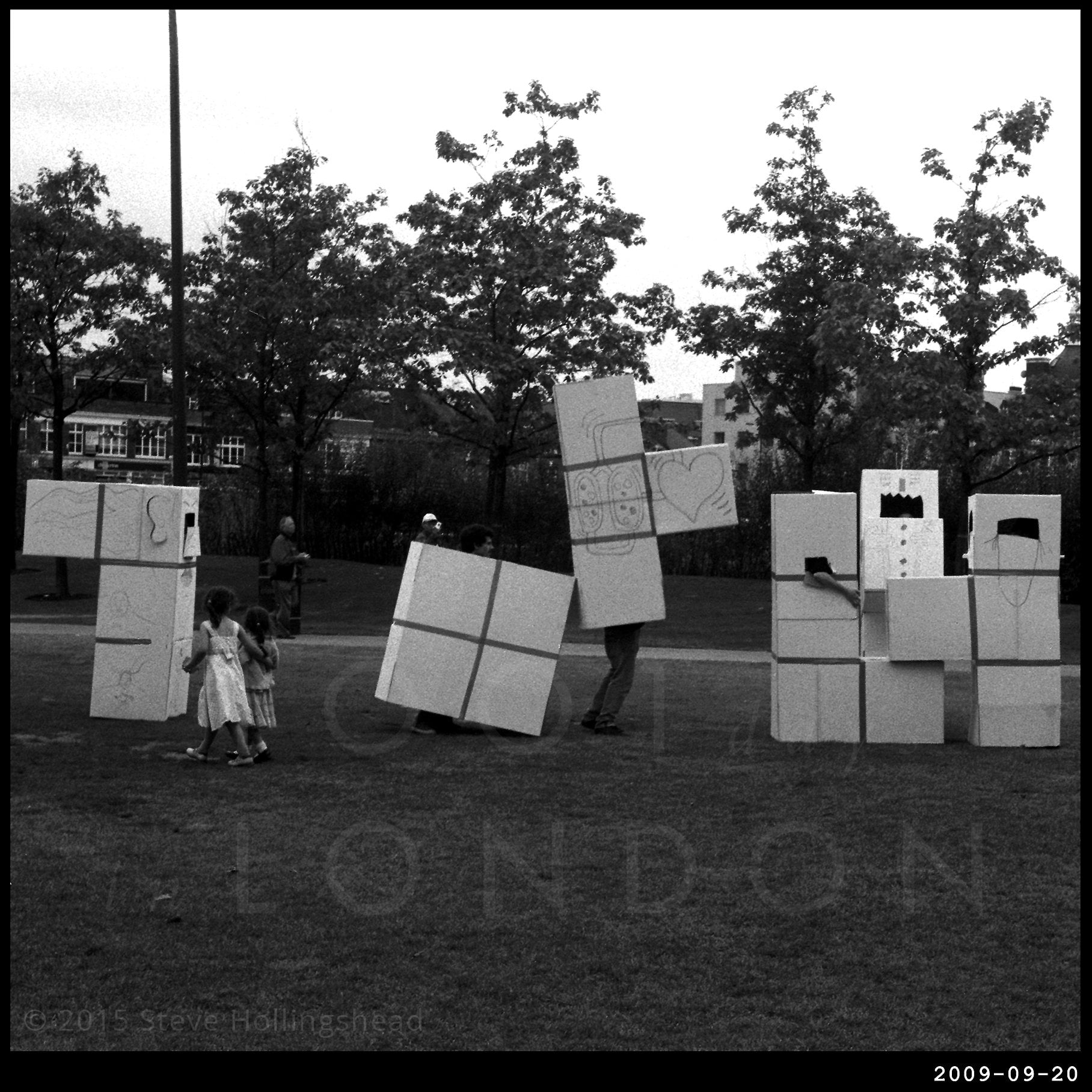 Potters Fields Park: a small but precious oasis of greenery carved out of what was, not so long ago, an unbroken riverfront [from about 3:50 in] of wharves, warehouses and jetties stretching from London Bridge to Greenwich, and beyond, all serving one of the busiest ports in the world. This area to the west of Tower Bridge has changed beyond recognition over the last 20 years, and continues to change as heroic developers move in to provide some much needed accommodation for a few struggling multi-millionaires.

Before all this arrived to enhance the neighbourhood, the park was treated to building blocks of a different kind when a group of Tetris enthusiasts put some instructions online and invited people to come to the park dressed as their favourite piece in order to participate in a game of Human Tetris. 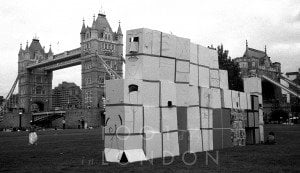 Tetris, as we all know, was one of the earliest exasperatingly simple and addicition-forming computer games, created in 1984 by Russian programmer Alexey Pajitnov and, by 2010, had already sold 170 million copies. There’s even a band named after the game (no, nothing like Joy Division at all…).

To be honest, the response wasn’t enormously overwhelming, but enough plucky individuals made the effort to put themselves into boxes of the required 4-cube combination and waddle across the park to create a sort-of cardboard wall. Sadly this appears to have been another of those one-off events, and the only bricks you’ll find in the vicinity now are those belonging to the new luxury apartments.