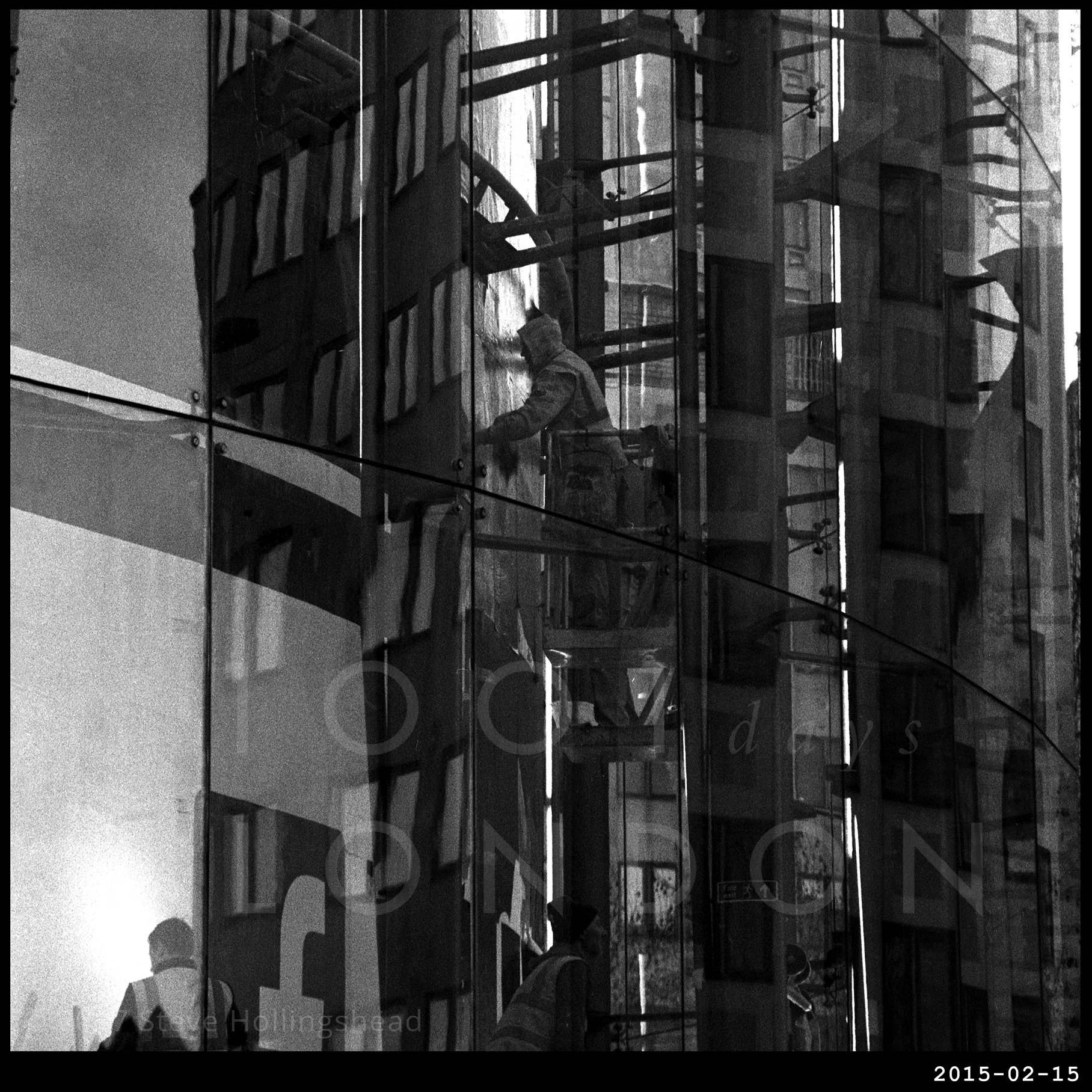 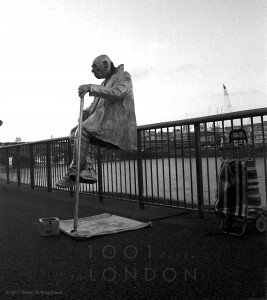 It’s mid-February and it’s become pleasant enough out there for a bit of a South Bank wander, though it’s comparatively quiet along the riverside and there are thin pickings for the buskers and street ‘performers’ along the way.

Anyway, we’re on the way back towards Waterloo as the sun goes down and there appears to be activity between the inner and outer skins of the IMAX cinema on Waterloo roundabout. 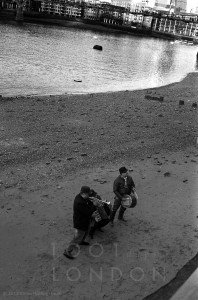 Now this is a somewhat contentious subject for a number of locals as well as the building’s architects, for when the grand ‘biggest screen in the country’ pleasuredome was first built in the late 1990s – as much an excuse to clear the roundabout of it’s notorious ‘Cardboard City’ homeless population (a number of whom, incidentally, had already begun to take steps to improve their lot thanks to Adrian Jackson and his ground breaking Cardboard Citizens theatre company) as to provide a state of the art cinematic experience – the plan was to envelop the building in a changing display of eye-catching contemporary art.

And so, the great Howard Hodgkin was commissioned to provide the first artwork for the exterior, and the building even won a couple of design awards. 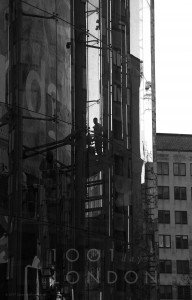 Then, to nobody’s great surprise, it was decided that the passing traffic and re-routed pedestrians would much rather look up to enjoy a regularly changing display of giant adverts, with the added bonus that it earns the BFI a few bob in the process. And here we are with the latest turnaround.

Meanwhile plans are afoot to completely revamp the whole roundabout anyway [you can see the ‘naked’ version here about 3:30 mins in], which will no doubt make the advertising an even more lucrative prospect.

Anyway, this is for all you prog-rock fans out there. This is for everyone else.