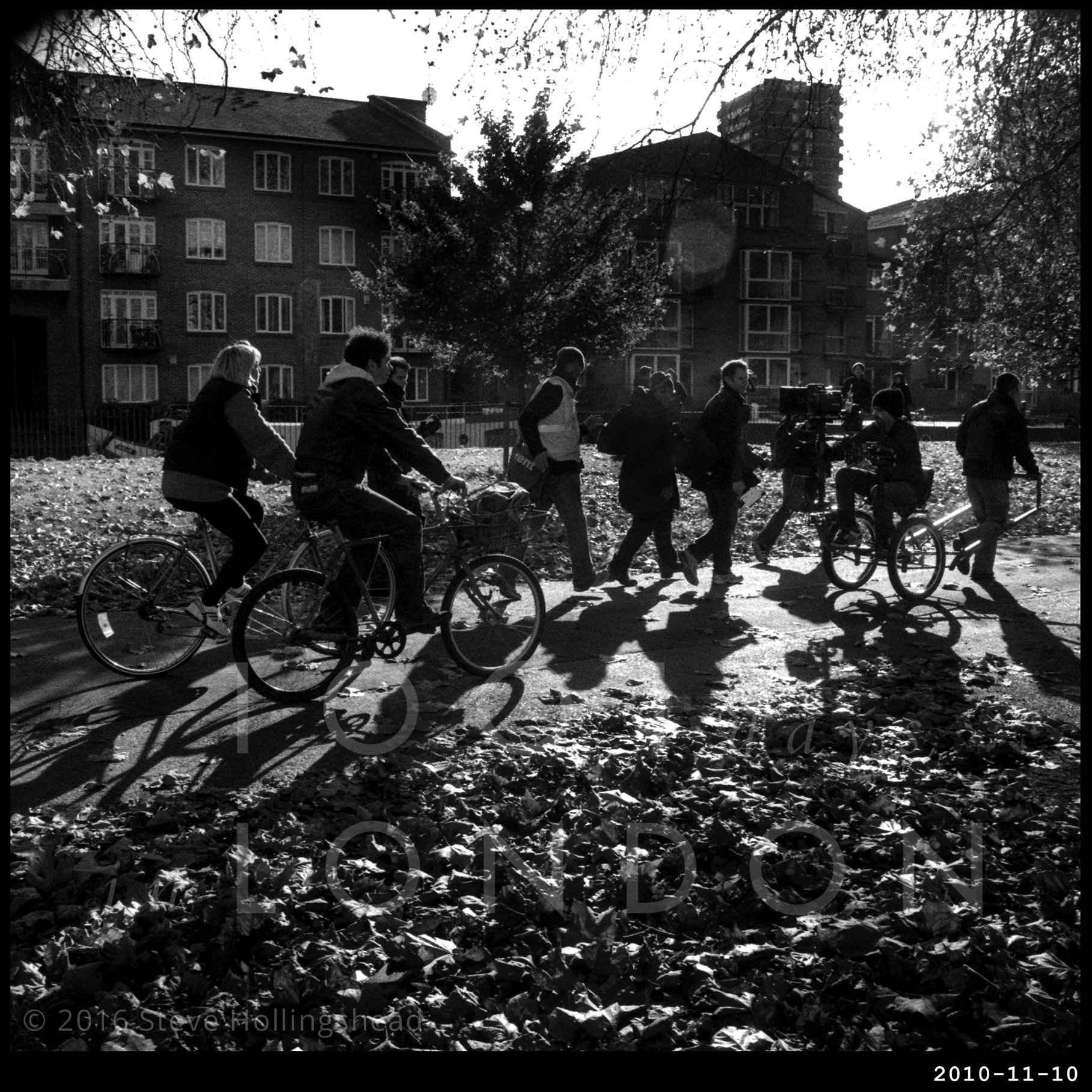 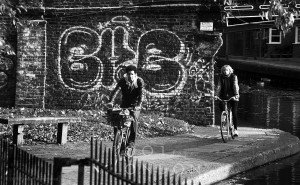 It hardly needs to be said that making a low budget independent film in the UK can be an exhausting, frustrating and, more often than not, ultimately unrewarding experience, involving long days, unsociable hours and constant financial trauma. It also usually involves roping in most of your mates to help out for the love of it. [Well, you never know…] 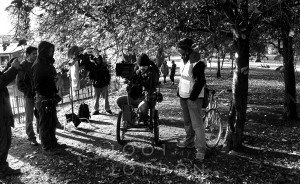 So this is why this man with a cheap camera finds himself in Victoria Park when he should still be in bed on a beautiful but bloody cold November early morning.

I’m here to take some ‘behind the scenes’ shots for a film called Love Tomorrow, directed by Chris Payne – who should have received more recognition for his even lower budget Jolly Boys Last Stand [yes, one or two of that cast do seem to have done rather well for themselves since] – and which stars a couple of ballet dancers playing, well, ballet dancers. 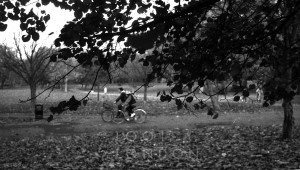 The particular scene being shot this morning has our two protagonists cycling in a burgeoningly romantic manner along the tow path and through the park (which is considerably quieter this time of day compared to how it usually is). Luckily they have a bike each, otherwise the scene might have ended up looking like this. 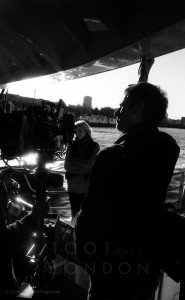 Then we all had to rush down to the riverside to jump onto a Thames Clipper for a few sneaky moody shots on the way home.

The film actually went on to win Best UK Feature at the 2012 Raindance Festival, but reviews generally weren’t all that ecstatic, and after a limited cinema run it joined the mountain of forgotten UK movies smothered by the seemingly unstoppable tide of multiplex targeted studio system behemoths.