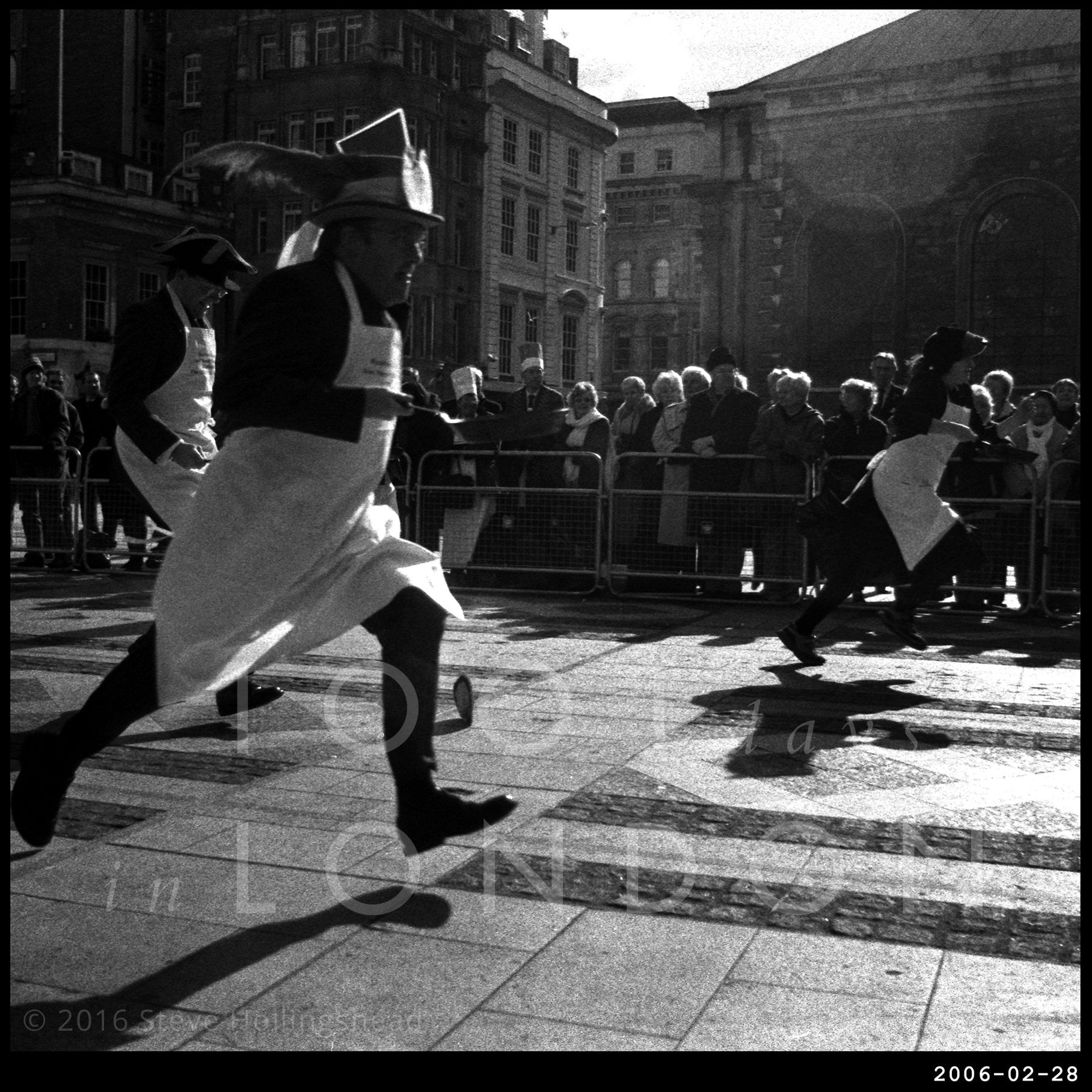 Yes, we know it’s lent, and in the rest of the world everyone marks it with a colourful party, whilst we rise to the occasion with groups of people racing up and down a street tossing cold pancakes in an old frying pan. This is obviously much more fun, and anyway it’s more suitable to a traditionally damp or freezing February afternoon – in some places they’ve been doing it for hundreds of years.

So it’s quite surprising that until fairly recently you’d struggle to find a decent pancake race in London to spectate or take part in (well I did, anyway). That appears to be changing: in 2016 there were 3 races around London Bridge alone. This one at Guildhall is one of the most colourful, though. 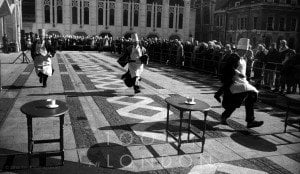 We’ve been to Guildhall before, and, as mentioned the Yard here is the perfect amphitheatre for high stakes competitive sport. It’s between the Livery Companies of London and has been organized by the Worshipful Company of Poulterers (eggs, you see) since 2004. What also sets this competition apart from other similar events, is that each race begins with a cannon firing (courtesy the Company of Gunmakers, naturally).