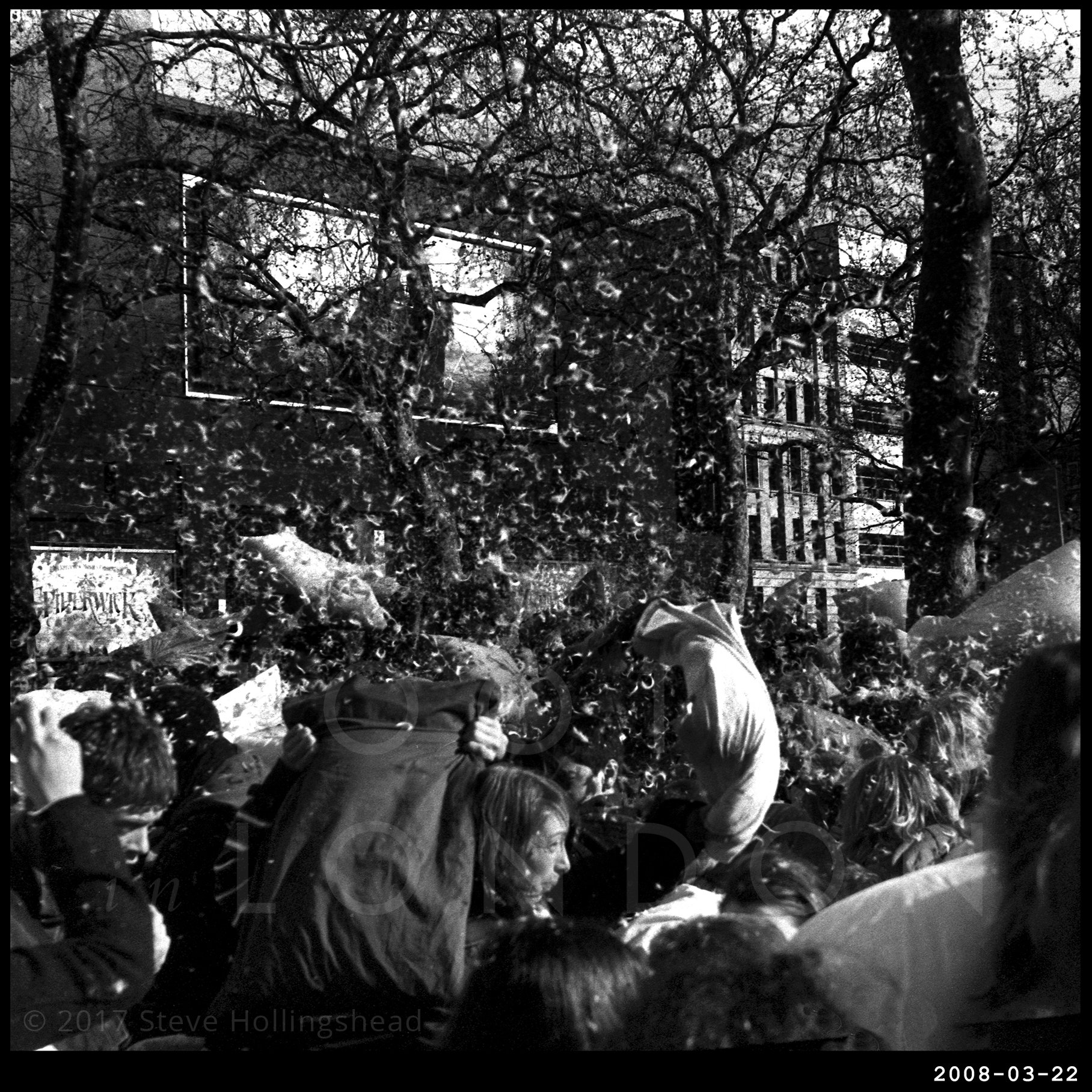 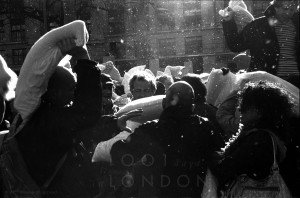 There are certain types of photographers whose raison d’être is to get right to the heart of the action, no matter how dangerous the situation, risking all to get the definitive [prize-winning… I mean ‘awareness-raising’] shot. These intrepid and occasionally foolhardy documentarists often become addicted to the thrill of living one’s life on the edge, being drawn, time and again, to places and events from which they may never return. I’m a bit like that with pillowfights. 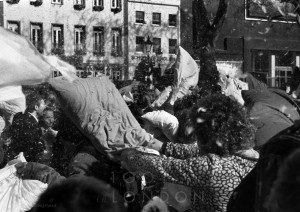 Now, to the casual observer, these now global gatherings – growing exponentially since the Mobile Clubbing team first introduced the sport a mere four years previously –  are nothing more than a bit of fun and a great opportunity to work some of modern life’s frustrations out of the system. 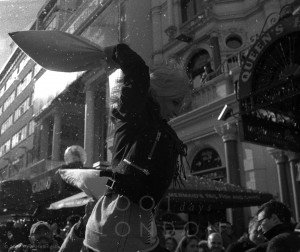 But for the intrepid photographer, witnessing at close quarters and without protection the frenetic energy and wide-eyed randomness of these encounters, this is a mission fraught with danger – as this particular afternoon in Leicester Square demonstrates, when, within
seconds of the sudden commencement of battle, yours truly catches a direct blow to the head, which immediately sends his glasses flying into the air and, in all likelihood, to oblivion. 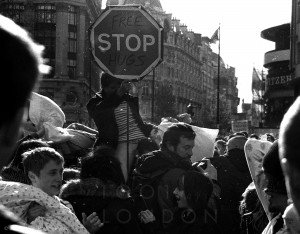 Miraculously, some of the nearest combatants somehow notice the traumatised myopic with camera flailing around in a panic and call a temporary cessation whilst the lenses are retrieved undamaged. A dignified retreat to the fringes ensues, where our hero valiantly continues his assignment somewhat more circumspectly than hitherto.