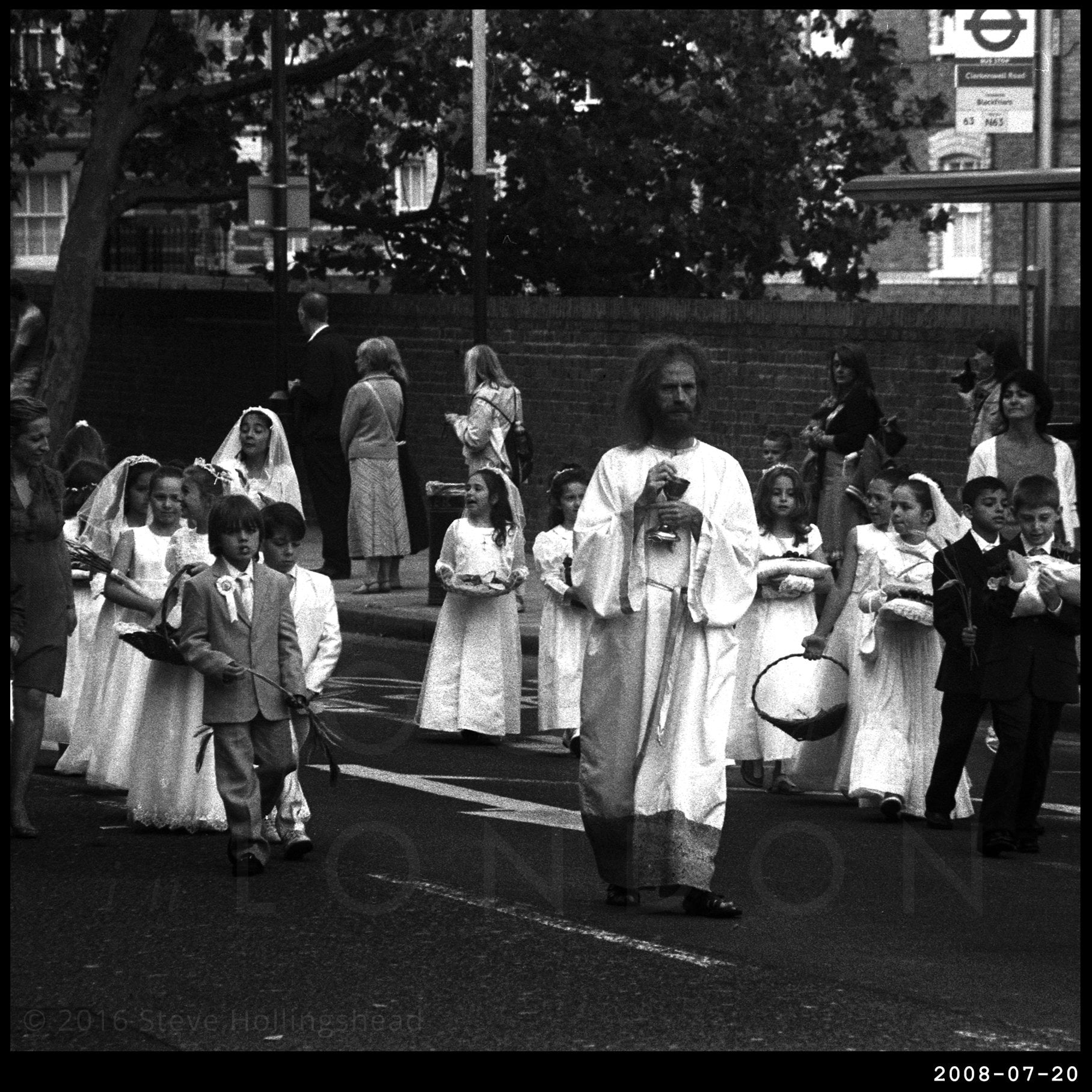 Having mentioned in another post that the middle weekend of July is one of the busiest days in the London Summer Festival calendar, it had become pretty damn obvious that trying to get to more than a couple of events during the Sunday afternoon would more likely prove frustrating and fruitless. Fortunately, those creative folk at the London Festival of Architecture were canny enough to schedule an event at Exmouth Market, just up the road from where the annual Procession in Honour of Our Lady of Mount Carmel was taking place at St Peter’s Church on Clerkenwell Road. 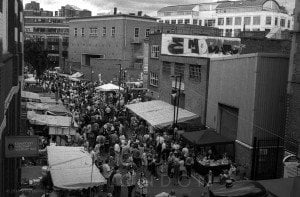 In the days when Clerkenwell was somewhat less desirable than it is today, the area was known as Little Italy (now more generally associated with a certain corner of Frith Street) due to all the migrants living there. And despite there being little evidence of that history today, the church still survives, and once a year London’s Italian community come here en masse (though maybe not quite as massively as they used to) to witness or take part in the annual procession.

It’s a fairly long way to process if it’s your first communion, and towards the end of the route most of the spectators have already returned to the food and drink stalls at the bottom of Eyre Street Hill. Peter Marshall captured these same participants looking more cheerful at the start of it all (and no, that’s not Michael Palin, before you ask).

I’m not sure how appropriate/inappropriate this is, it’s still a great piece of music. 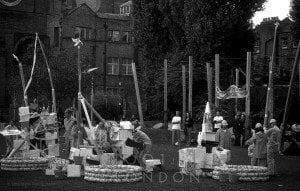 And the Festival of Architecture? They all seem to be having a lot of fun in a highly competitive if mostly confusing game of It’s An Architectural Knockout the last I saw.