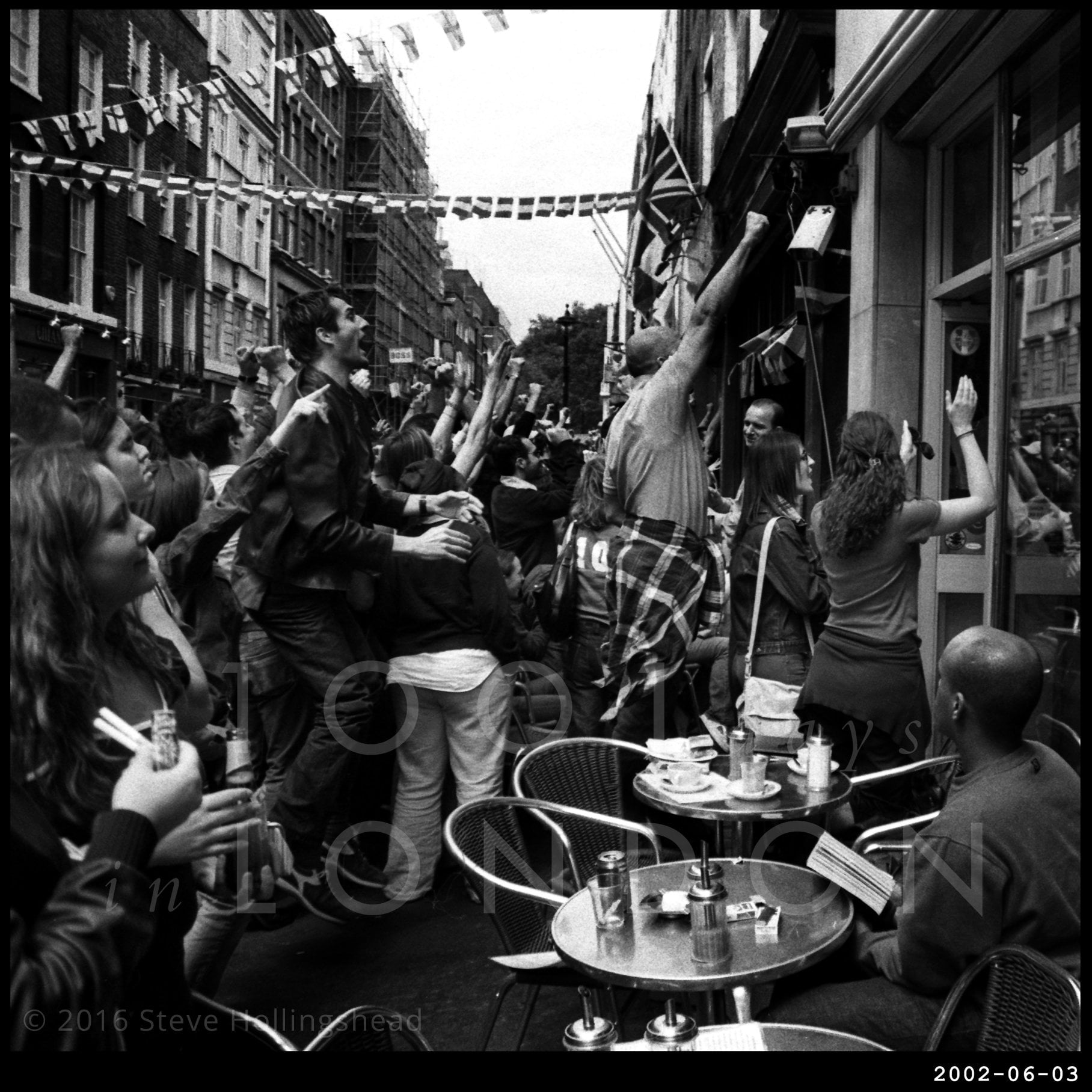 This was a seriously long weekend – all thanks to Her Maj managing to keep it going for 50 years, though it did mean we had to give up Whitsun for an extra lie-in on the Tuesday (and the Big Event). However, this summer also provided us with the 2002 World Cup in Japan & South Korea, which, thanks to neither country being in Europe, meant antisocial kick-off times, so no lie-in, then.

Being the Global City that it is, there’s always somewhere in London to support one’s national team, & the natural place to catch the Azzurri is at Bar Italia in Frith Street (despite the fact the vast majority of fans get to see bugger all). Obviously, that doesn’t matter when Italy are doing well, as demonstrated here with the reaction to Vieri’s first goal against Ecuador (not quite as demonstrative as the commentator’s, though). I imagine the atmosphere was slightly different a fortnight later when Italy went out to the hosts in somewhat controversial circumstances (not that Fifa could be accused of ever being involved in anything untoward, perish the thought…).

Bar Italia, as everyone from Jarvis Cocker to Kylie can attest, is one of Soho’s great institutions. But which Ray Gelato tribute do we link to? Can’t decide…better flag up both versions, then. 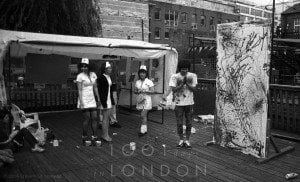 Performance art in Camden Lock as part of a special Jubilee event – no, I’ve no idea what the nurse costumes were all about, either.