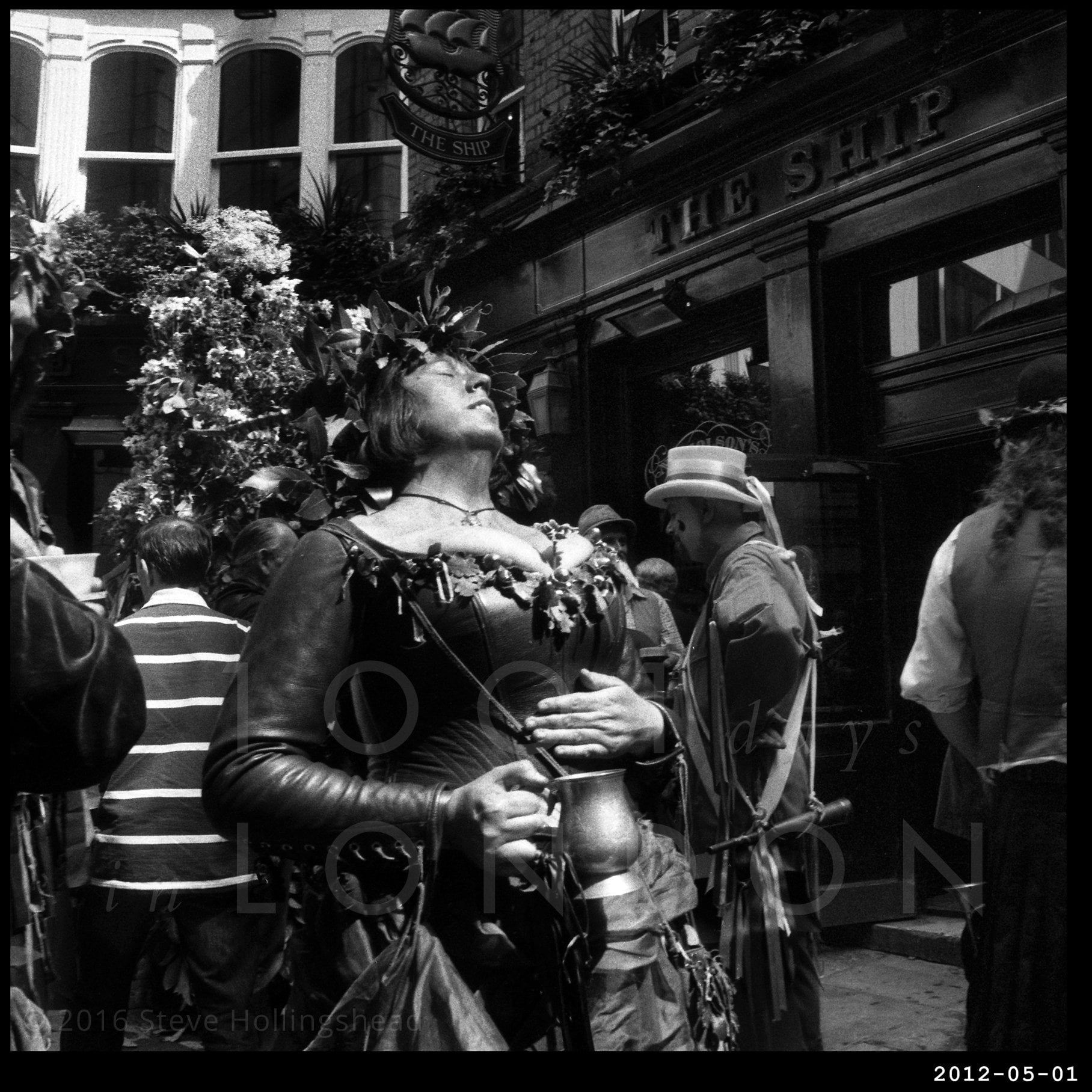 Apart from all the usual maypole palaver, May Day was often celebrated during the late 18th & 19th centuries with the (predominately urban) Jack in the Green procession, which featured elaborately decorated milkmaids and chimney sweeps. This died out pretty much completely after WW1. Then, with a renewed interest in popular customs, it saw a revival in a number of towns particularly in Hastings and Knutsford (where it never really went away).

London’s own revival sprung from Deptford during the mid-80s, when, inspired by an old photograph by the wonderfully monickered Thankful Sturdee, the local Morris team & friends brought the long neglected Fowler’s Troop back to life.

Now, every year Jack and his colourful retinue attempt to negotiate the streets of Deptford and Greenwich (or, on other years – like this one – venture to North Southwark or the City), without entering any of the many public houses they just happen to have marked on their route. And fail comprehensively. I think that’s how it works. 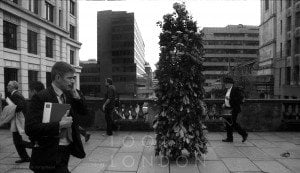 Anyway, it’s a long day out and obviously very thirsty work, as the seriously bucolic lady above demonstrates at the Ship Tavern near the Monument (& yes, she’s green as well, as are many of Jack’s entourage, although Jack himself isn’t technically a Green Man. This is a Green Man. This doesn’t actually count, but is fun anyway). Here‘s Transpontine’s in-depth story of May Days in South London. And here’s the (slightly obvious) appropriate tune.