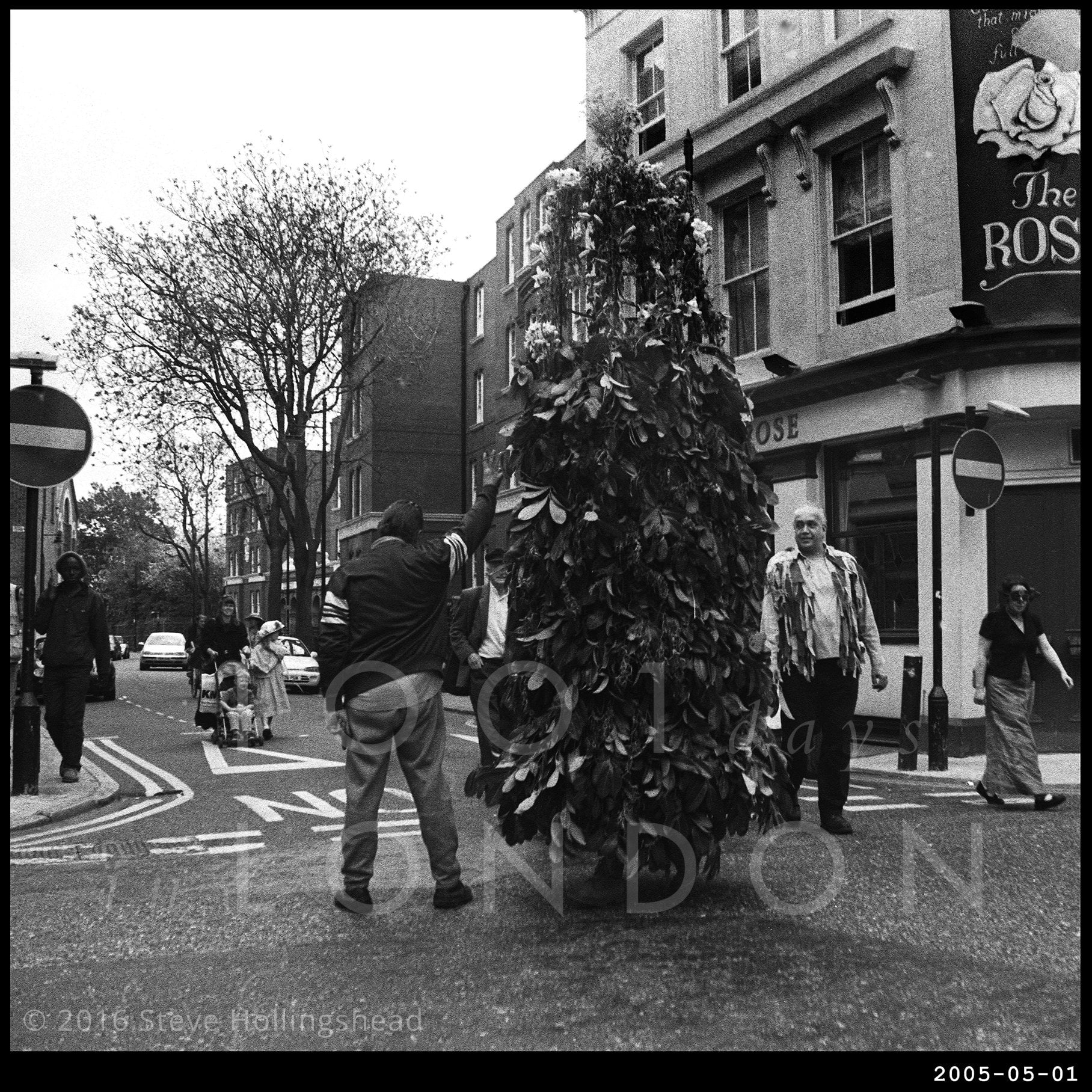 Jack in the Green

Unless you live in certain parts of South London, Crystal Palace Park isn’t the most accessible of places [yes, I know, there’s that very convenient rail service, but that wasn’t fully operating back in 2005], particularly early on a Sunday morning. 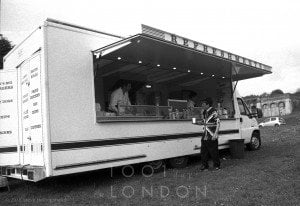 However, whilst listening to Robert Elms inteviewing ‘London’s Oldest Clippie’ (that’s ‘female bus conductor’ to you and me…) earlier that week, I learned there was a Historic Commercial Vehicle run to Brighton coming up on the Sunday & that her bus would be leaving the park around 9.00. Might be interesting.

What she failed to mention was that vehicles would be heading off from around 7.30 & her bus would be pretty much the last one out. That’s why we have a picture of a flag seller buying himself a cuppa in an empty park. Oh well, must try again some other time. 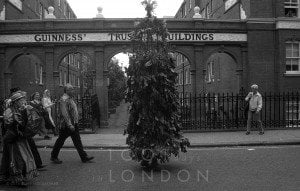 Meanwhile, back up near the river, the Deptford Jack is out on his May Day perambulations – this time around the area behind Guys Hospital –making an already bewildered gentleman of the street even more confused, as not only is there a tree in the middle of the road, but it also seems to be answering back. 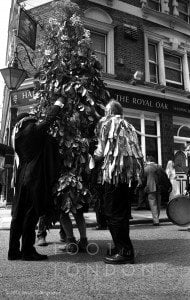 Incidentally, the pub in the background has since metamorphosed from locally popular scruffy but characterful boozer into a very nice smart new gastropub – something that looks unlikely to be the fate of the next pitstop, the Royal Oak, anytime soon.

Back to Clippies, then: here’s an example of a ‘classic’ 70’s British comedy, here’s a charming romantic tale, and here’s our song for the day.