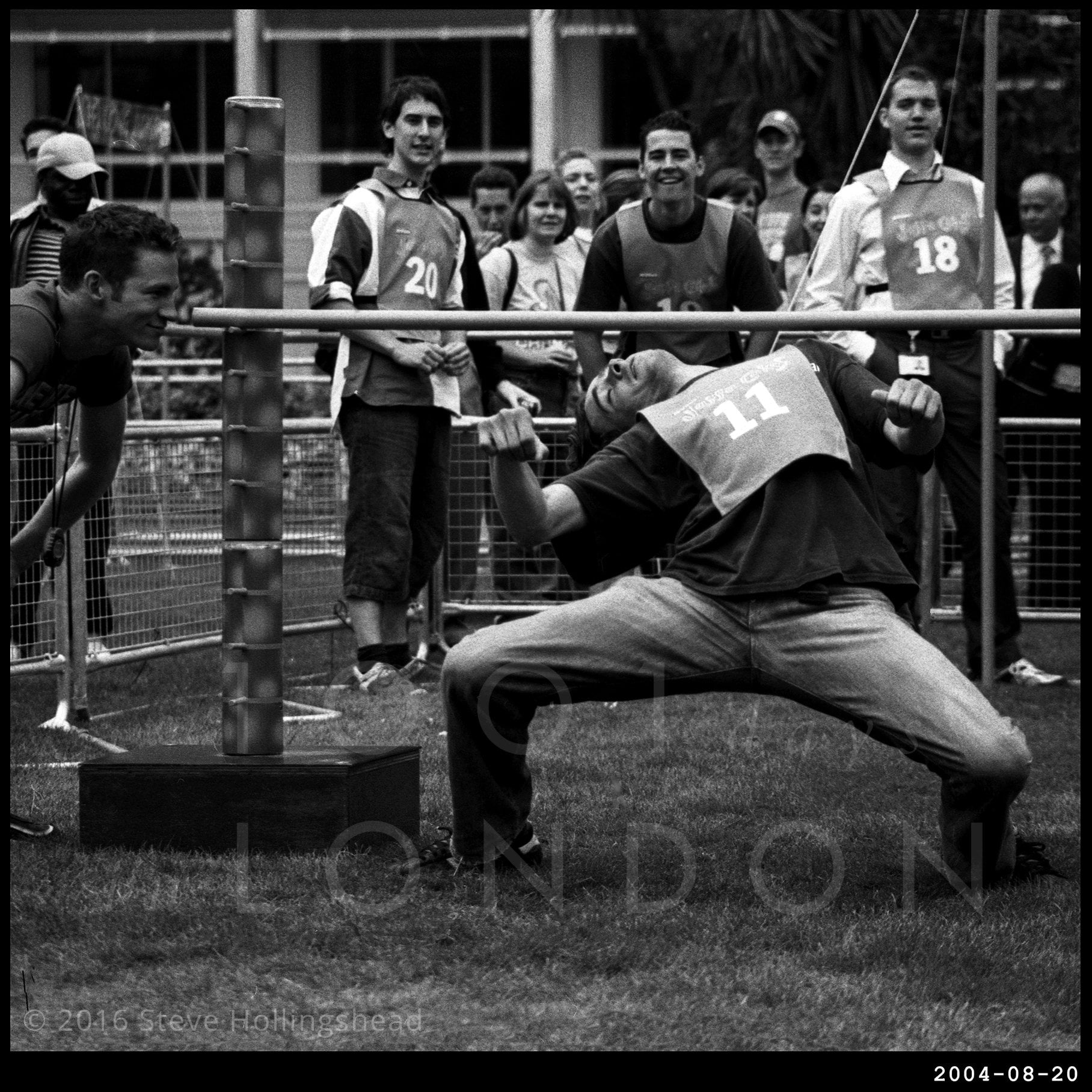 Working in the heart of the City of London can be soul destroying at times (yes I’m well aware a fair number of, shall we say, more senior employees in the Square Mile would probably have sold theirs before they even started…), so it’s a very good thing there are plenty of jolly distractions every now and then to help keep the spirits up. 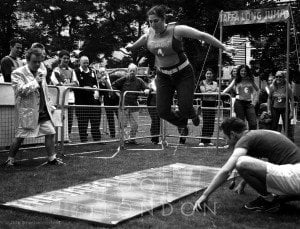 We’ve already seen a beach here, and until recently, there was the City of London Festival to give hard pressed minions a little bit of a lunchtime escape – so not surprisingly there were plenty of takers for this engaging little marketing exercise to coincide with the Olympic Games happening over in Athens (‘Go ooon Kelly!’) – & I’m sure the Greeks appreciated every penny spent on the event). 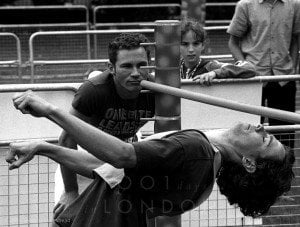 Anyway, it’s not for me to question the sporting credentials of a biscuit that thinks it’s a cake [or vice-versa] – at least they gave some workers the opportunity to let off some steam with jumping, throwing, limbo-ing (is that an Olympic Sport?) and, er, hopping competitions (which proved one challenge too many for one unfortunate athlete) – and at least there was a proper prize at the end of it all. 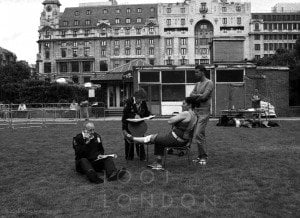 Meanwhile, here’s evidence of another Jaffalymics, which is probably best forgotten, here’s a potential Olympic sport involving Jaffa Cakes, this is how they’re made and here’s a naff advert from the 90’s.

I was hoping to link to the Limbo Rock scene in Hairspray, but couldn’t find it… so this may be totally irrelevant, but it is pretty cool.