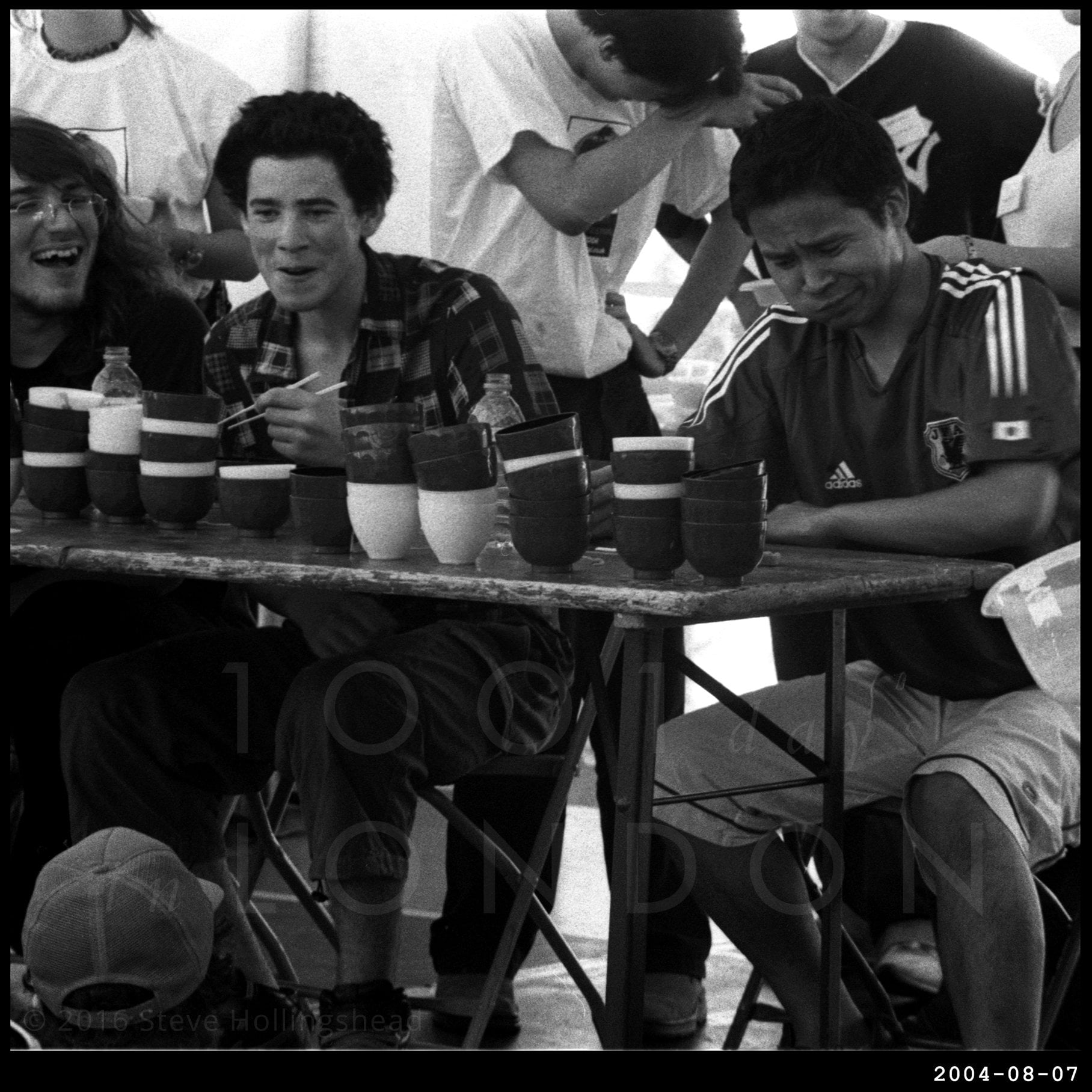 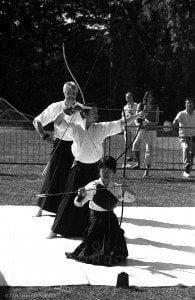 I’m not entirely sure how we’ve got here to find this little gathering, happening as it is in a small sports field in North Ealing in the days of Fairly Rubbish Internet [which could possibly explain the less than huge crowds], but find it we do, and it’s not long before we encounter the unremitting enthusiasm the Japanese seem to have in mixing the sublime and the ridiculous. 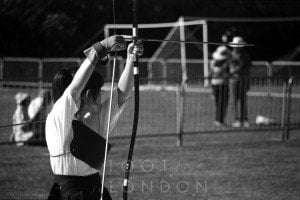 Out on the grass we have a demonstration of the noble art of Japanese archery – Kyūdō, or ‘The Way of the Bow‘ – in which the poise and skill needed in the preparation of the shot is equally as important as where the arrow finally lands.

Meanwhile, in the adjacent food tent, a small group of young challengers are trying to shovel as many bowls of noodles down their throats in a few minutes as is physically possible. 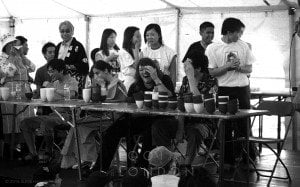 We’re seeing the later stages of the competition here, and as you can see our race leader is beginning to struggle somewhat – so much so that he presently rapidly exits the tent for some ‘fresh air’ outside.

If you’re wondering why this is happening in North Acton, it’s presumably because London’s Japanese school and Yochien (Junior school) are very close by (though I’m not sure if they teach the children extreme eating skills as part of the curriculum). 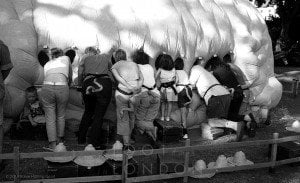 Anyway, the venue is jolly convenient as it’s not much of a march westwards to Walpole Park, home of the legendary Ealing Studios, and main venue for a majority of the annual Ealing Summer Festival events, which today is focusing on street theatre, exemplified here by the giant reclining Pig, as presented by the well travelled Whalley Range All Stars.

And so, here’s some music to help all those heroic noodle eaters get into the zone…