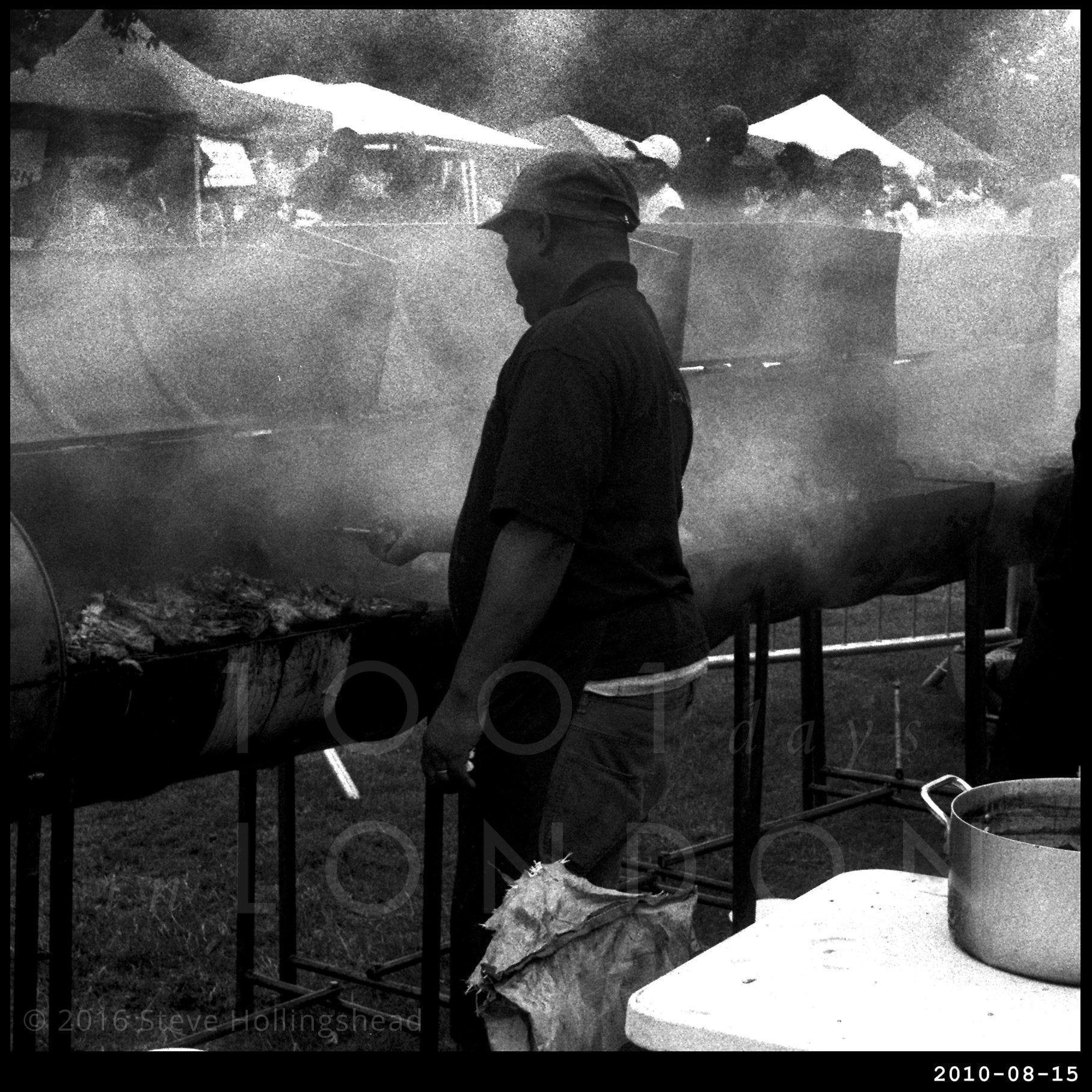 This probably wouldn’t have been a good day for local vegetarians to plan a bit of a picnic in Brockwell Park. True, it’s a pretty sizeable place, but you’d probably have to find the farthest corner of the place to avoid the aroma of barbequed chicken (and a fair amount of pork, goat and lamb as well) as London’s Jamaican community descend on the park for their annual Jerk Cook Out (we all know ‘Jerk-Off’ is how most people would address it, but, well, that sounds a bit rude, doesn’t it?) 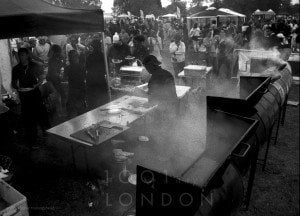 For many Afro-Caribbeans, there’s nothing quite like a plateful of hot & spicy grilled chicken to take your mind away from the perennially damp English climate (as the bafflingly huge popularity of Nando’s will testify). 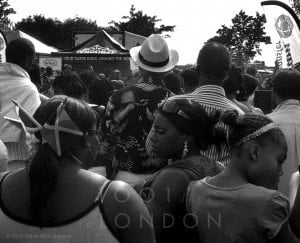 And they take their jerk chicken (and fish) very seriously indeed: for this event – which had to relocate from its previous picturesque home in the Horniman Museum’ s grounds (after a mere four years) due to its increasing popularity – is a highly competitive affair. This is a competition to find the best jerk chef in town [not that I could tell you who won – even the aficionado Helen Graves couldn’t seem to work that one out] 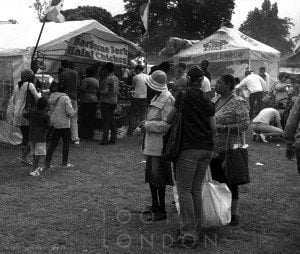 Anyway, as well as all the great food (and epic queues), there’s the usual live music, craft stalls and some children’s dance performances. The event is also graced with the presence of the Jamaican High Commissioner and National Treasure Diane Abbott.