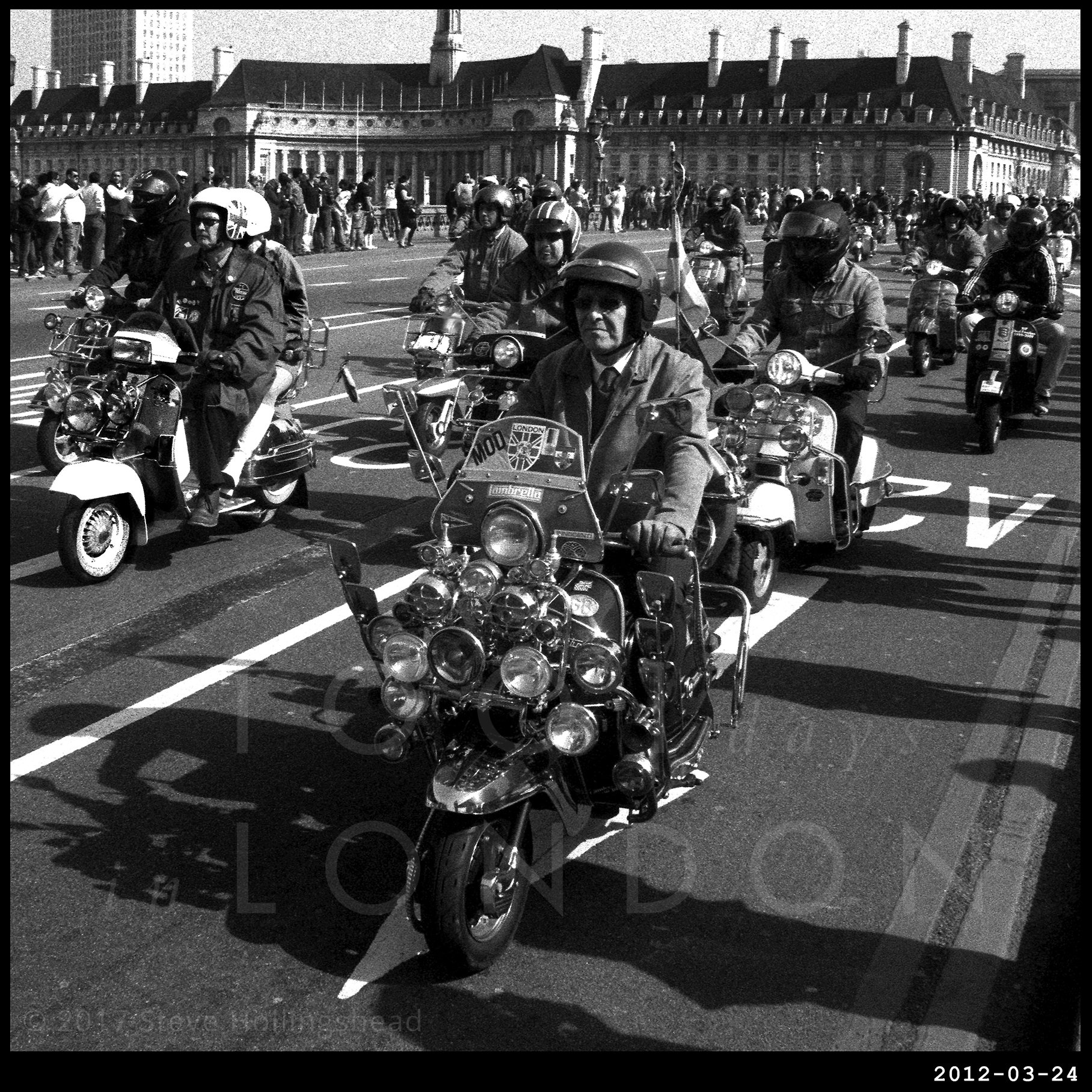 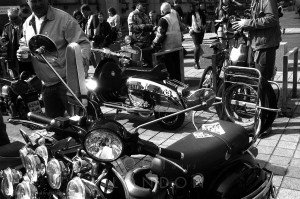 It’s not as if all scooters are mothballed for the winter months in some form of hibernation, which would then all burst into life at the first sign of spring in a manner that, had they been a living species, would have had an Attenborough-style documentary in wonder at this shimmering expanse of polished chrome and mirrors and the evocative sounds of a thousand 125cc engines calling out to each other. However, it does seem a bit like that here.

This is the Bar Italia Scooter Club ‘Kickstart Rideout’ [and not this meaning of ‘Kick Start’] – the 10th one in fact, seen as the first Big Meet of the season (the ‘season’ being a bit like this but without the fascinators). We’ve already witnessed a couple of the others. 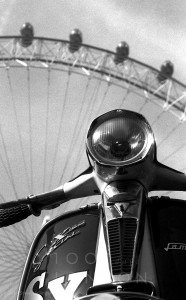 The fact that the gathering occurs at the South Bank behind the London Eye rather than outside the legendary café in Soho is probably down to logistics and the lack of parking spaces, though the chances of getting a decent espresso in these parts must be quite slim, I’d imagine. 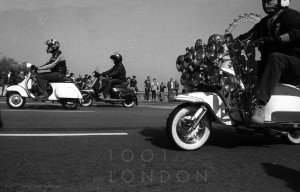 Anyway, the final destination for today’s outing is Greenwich, though these peacocks aren’t going to waste the opportunity to give London and its visitors a taste of 60’s culture [regardless of the fact that a good proportion of the participants weren’t even born then] by taking the most direct route: it’s across the bridge at Westminster first for a spin across town before heading south again over Tower Bridge – a journey which, as demonstrated here – is just as quick on the District Line (generally…). 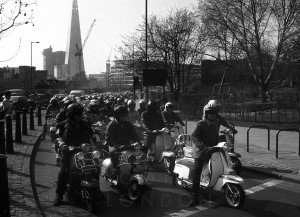 And here’s Jarvis & the gang to remind us that the Bar Italia is a home for more than just the Mods of the world.