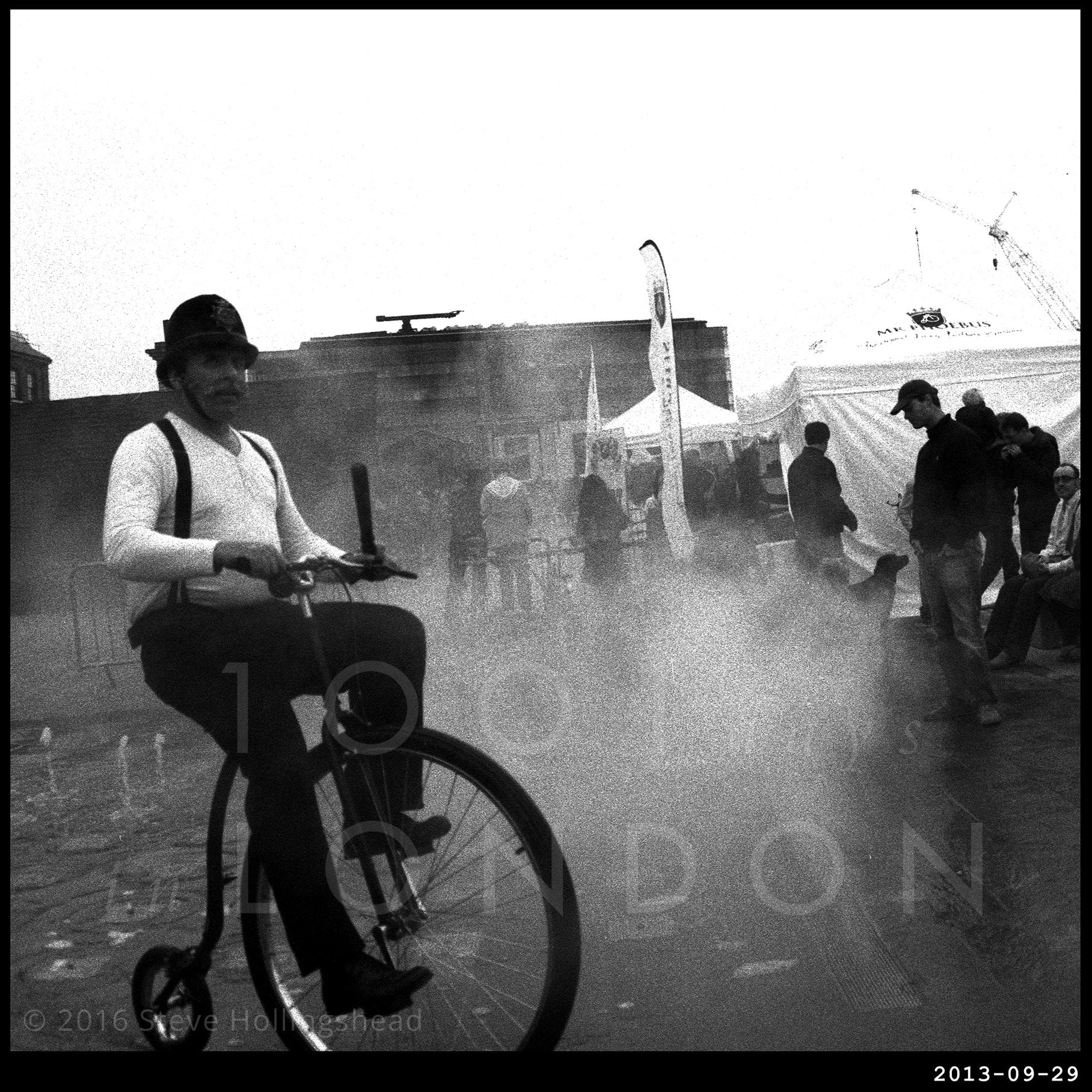 It was always going to happen at some point, and it could all have gone so horribly wrong: King’s Cross – a vast neglected neighbourhood of derelict warehouses and goods yards, notorious for its drug dealing and prostitution, celebrated for its legendary nightclubs and architectural heritage – redevelopment was inevitable, but also a huge challenge.

So far, however, the general consensus has been positive (though not everybody loves it), with the relocation of Central St Martins giving the project extra creative credibility. The area is rapidly becoming an attraction in its own right, with plenty of eating and drinking opportunities, as well as the occasional special event.

By late Summer 2013 Granary Square had already been open for over a year. This event, however, celebrating the opening of the ‘new’ public space in front of the revived Kings Cross station (and here’s a great picture story documenting the decades of appalling philistinism in the treatment of the approach to Lewis Cubitt’s masterpiece), finally brought the scale of the project to the public at large. 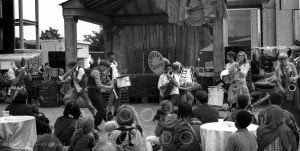 So, in honour of Mr Gilbert himself, the theme was Victorian, with costumed character actors, thematic food stalls – even penny farthings. And amongst the entertainment provided was some very non-Victorian drumming, and a set by the charming Perhaps Contraption.