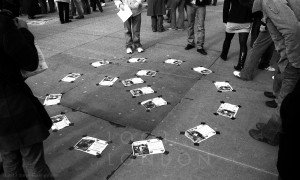 It must be fairly exasperating being a Guinness World Records assessor, constantly having to venture out to godforsaken places to judge a record attempt that, due to insufficient publicity and lacklustre marketing, comprehensively fails to reach its target.

Ok, so the front of the National Gallery is hardly a godforsaken place, but you do get the feeling that the organisers of this event are assuming that, because it’s Valentine’s Day, couples will be flocking in their hundreds to the appointed place and time to take part. However, this is England, after all: kissing in public isn’t really the sort of thing we get up to in these parts [as opposed to, say, having a pillowfight]. 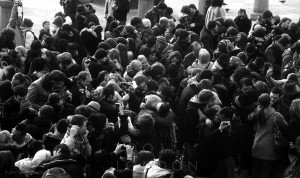 Anyway, the event is called ‘The Bicerin Kiss‘ – named after a chocolate liqueur drink, which itself is based on a popular calorie and caffeine-heavy beverage very popular with the folk in Turin. The fact that the liqueur no longer appears to have much of a UK presence probably tells you how successful this profile-raising exercise has been. 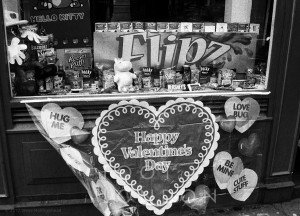 Meanwhile, over in Mexico, rather a few more couples are embracing a very similar event, whilst in Thailand it’s the duration rather than the quantity record they’re interested in. 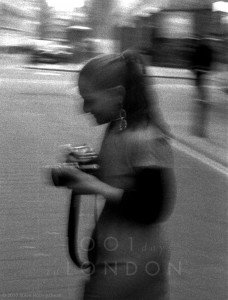 Closer to home, shops in Carnaby and Broadwick streets are making the most of the occasion, and photographer Sara Shamsavari is snapping couples that are visiting her pop-up exhibition Love is Change, so it’d be churlish not to reciprocate [in an arty blurry kind of way].

And if all these record attempts don’t get you into the romantic spirit, well this probably won’t either…