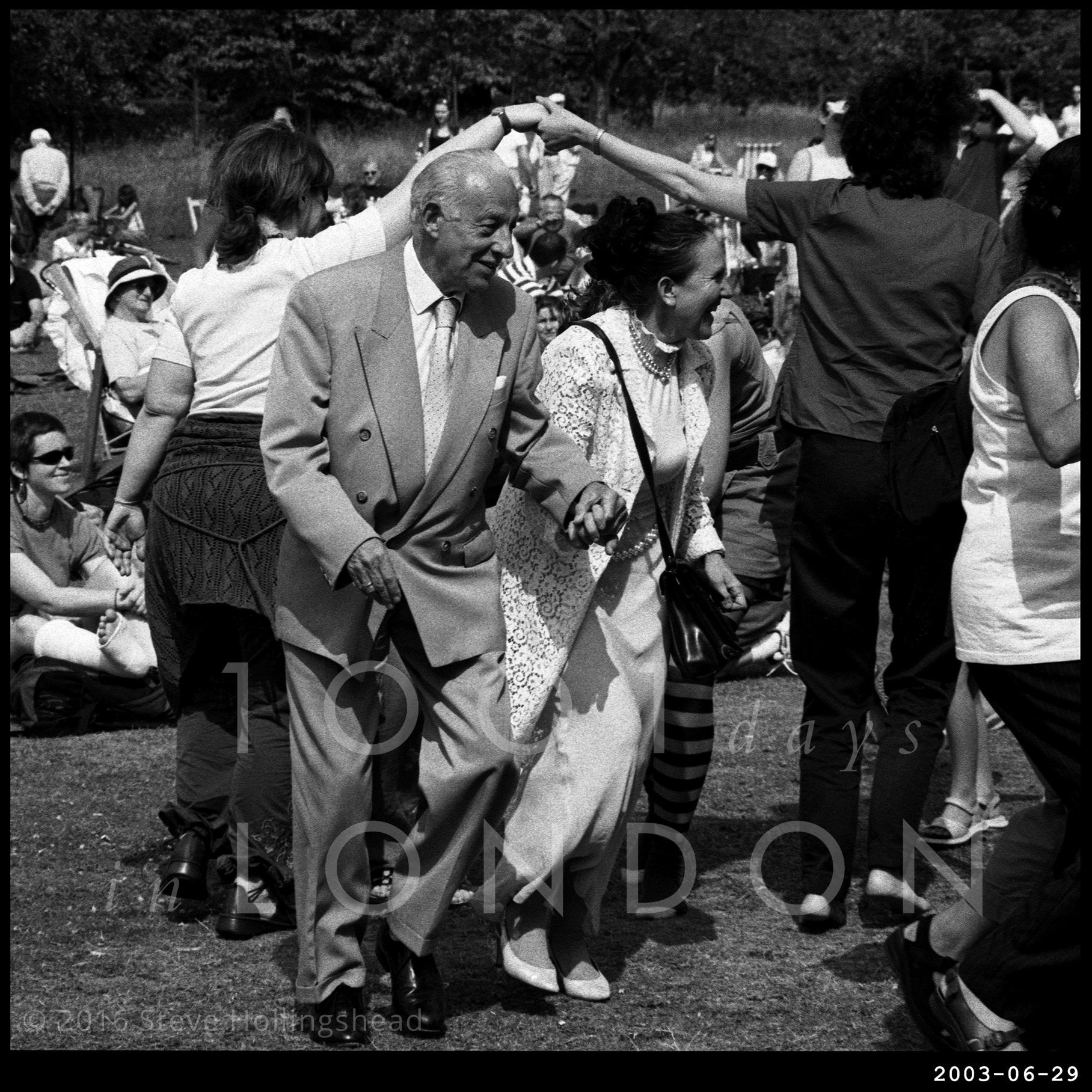 Klezmer in the Park

It’s quite possible this extremely dapper gentleman and his equally smartly attired partner were innocently making their way through the park to a wedding, but were lured away from their destination by the irresistible lure of the clarinet and violin emanating from the bandstand as they passed. Or maybe they always dress this way when there’s Klezmer in the Park to dance to. 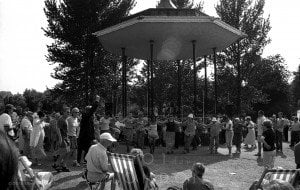 For here we are in Regent’s Park (again) by the famous Bandstand, and London’s Jewish community are being roused from their deckchairs and picnics by some stirring music at this annual festival organised by the Jewish Music Institute. Klezmer is Ashkenazi Jewish folk music (ie: originating in Central and Eastern Europe, as opposed to Sephardic Jews who come from Spain, Portugal and North Africa), which is often associated with weddings, and, by natural extension, any community dancing opportunity. You probably know Hava Nagila. Sadly we didn’t see any of this at the event (let alone this), but there is usually some stirring music to get everyone on their feet, from the Matzoh Boys, the Turbans and She’Koyakh amongst many others.

More spontaneous jumping about on the south bank as these swing aficionados put their sound system on the riverside wall and indulge in a little evening jiving.