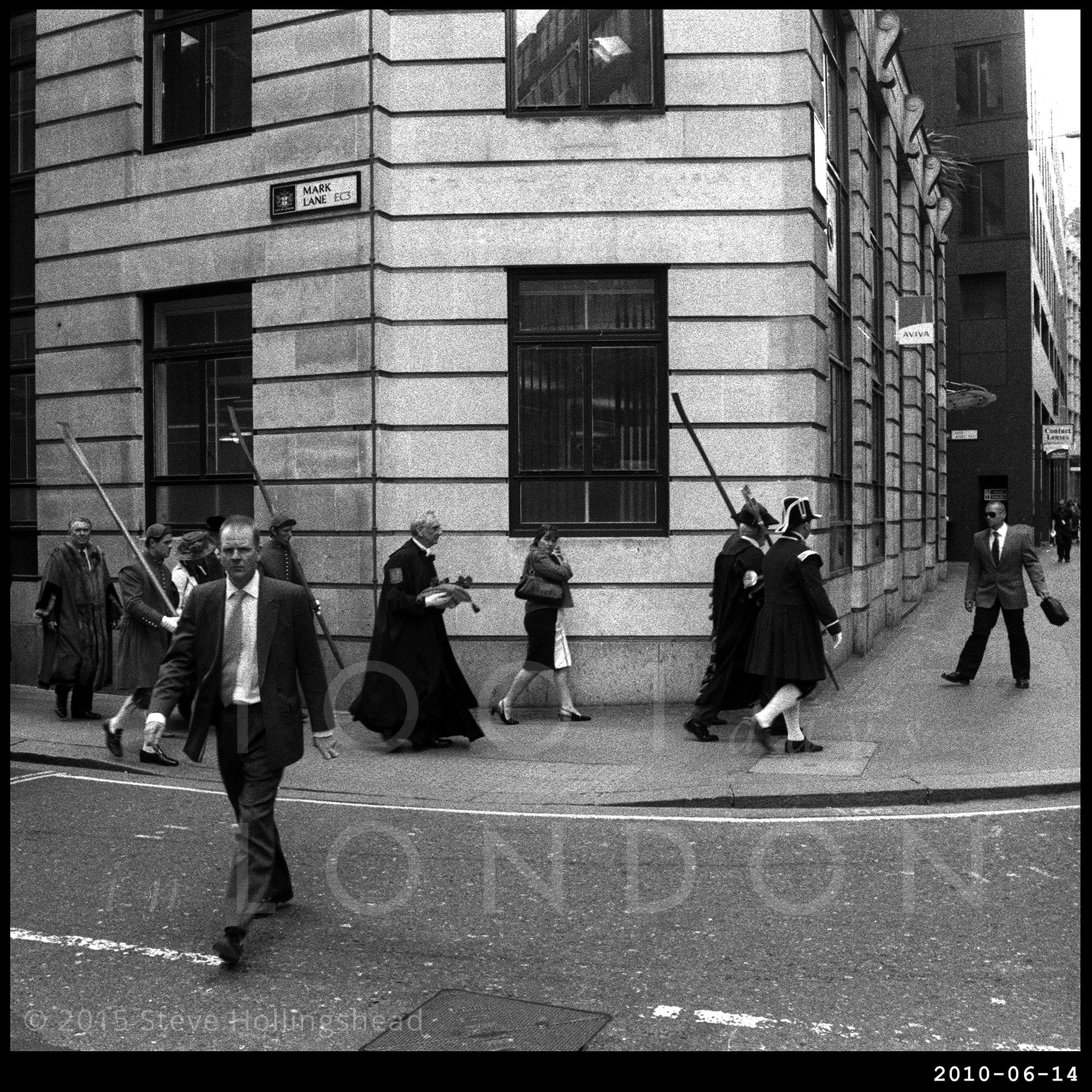 It really wasn’t the plan to use the words ‘Luxury Apartments’ in today’s story, although there is a certain resonance with the original story here, concerning, as it does, the punishment handed out to an overambitious medieval property owner.

This is the Knollys Rose Ceremony, the detailed story of which I am again indebted to IanVisits to share with you here.

The rose cutting ceremony takes place in a tiny garden in Seething Lane near Tower Hill, apparently very close to where the alleged misdemeanour originally happened, and also pretty much where a certain Samuel Pepys lived and worked a couple of centuries later. (A minor complication in 2015 being that said garden from which the designated rose is selected and cut didn’t actually exist because most of the immediate area had been boarded up whilst the adjacent former Port of London Authority building was being transformed into the aforementioned modest dwellings with our little oasis temporarily engulfed in the development. The Museum of London archaeologists are apparently making the most of the opportunity, but haven’t found any cheese yet).

The procession carries on serenely through the city’s streets, studiously ignored by any office worker who happens to cross their path, as tradition dictates, until it reaches Mansion House where the ‘payment’ is handed over to the Lord Mayor, a glass of sherry or two is imbibed and the whole congregation join in singing the ancient Knolly’s Rose song. Possibly.