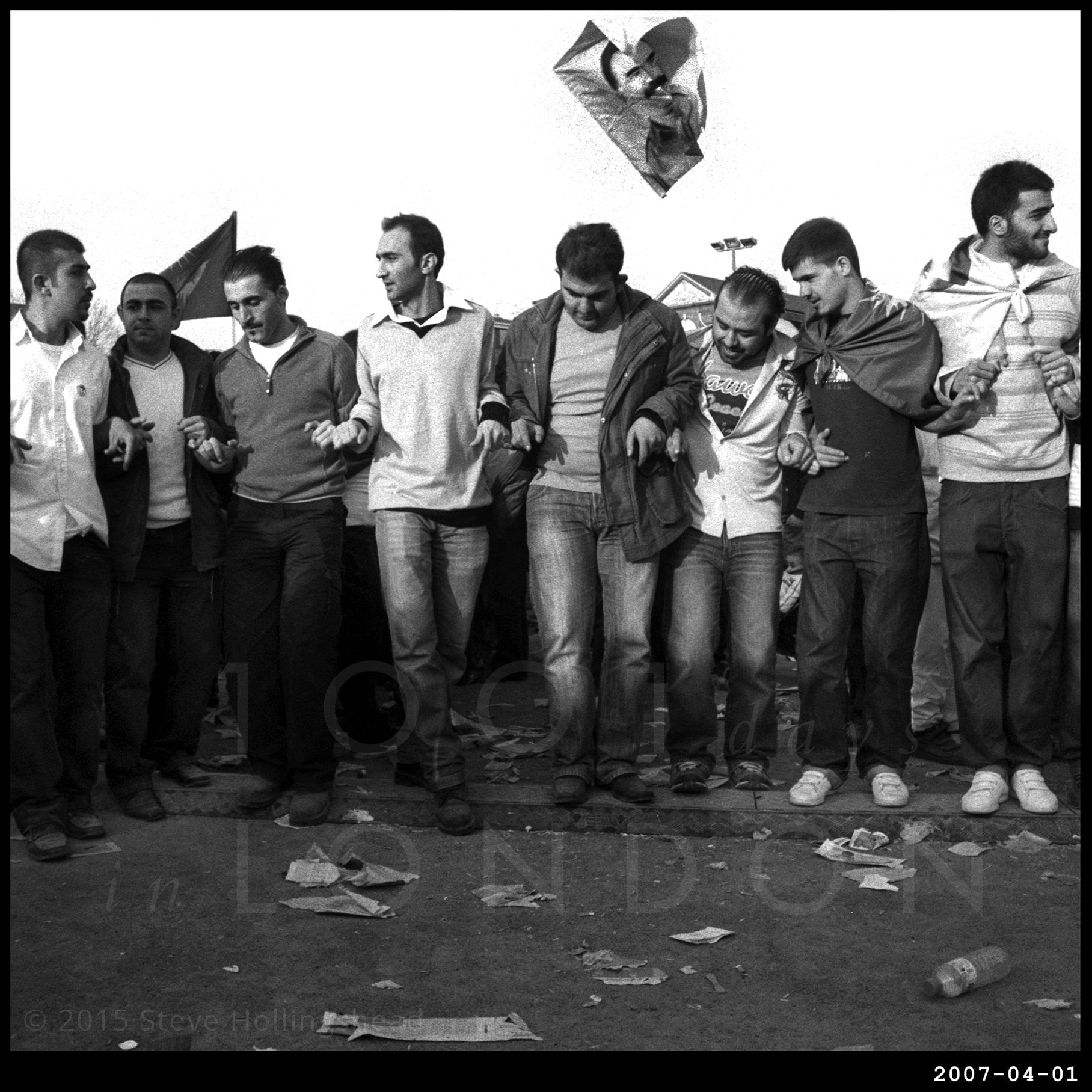 Well, this is a busy day. It’s the first of April, so there’s the hilarious Fool’s Day jokes to keep you on your toes first thing. It’s also the Sunday before Easter, which means there’ll be a lot of palms about. More of that later.

It’s also fairly close to the official start of spring – March 21 – vernal equinox and all that, which to a number of cultures signifies the start of the New Year. Nowruz is a big deal for Iranians, Georgians, Armenians, Afghans and Azerbaijanis amongst others. For the Kurdish peoples spread without a home nation between Turkey, Syria, Iran & Iraq, Newroz (or Nawroz) is an opportunity not just for feasting, dancing and leaping over bonfires, but also to demonstrate their longstanding desire for a national homeland.

There’s a sizeable population of Kurds spread around London, with a majority based around Harringay, so the New Year Festival usually takes place somewhere around there. This particular year we’re in a fairly grubby part of Shoreditch Park, though that doesn’t seem to prevent these chaps having a dance. They may have been dancing to this – unlikely, I imagine. This is Hozan Kava, but it most certainly is not Shoreditch.

Palm Sunday processions are taking place all over town: here there’s a donkey leading the congregation through Trafalgar Square to a service at St Martin in the Fields.