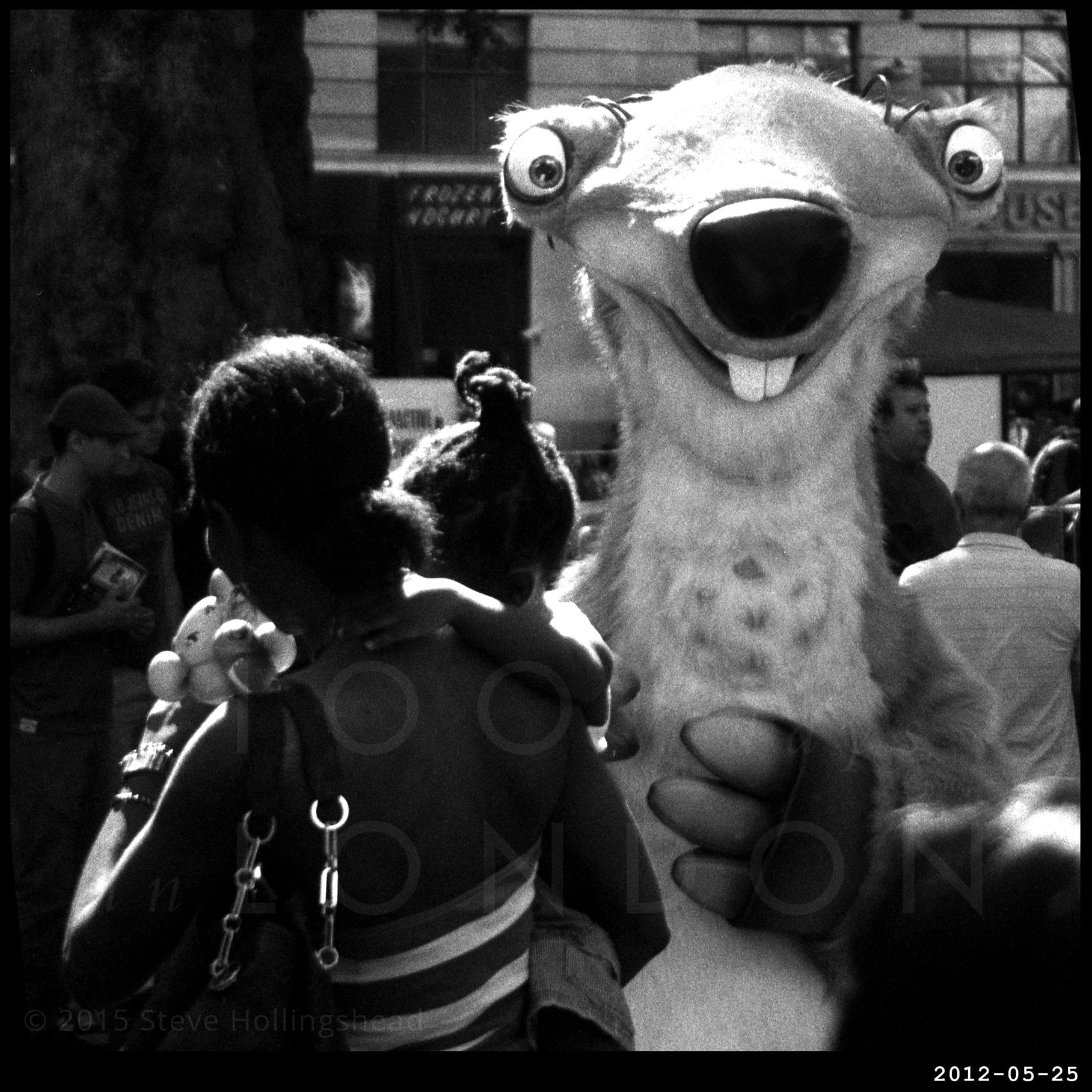 Now you’d be forgiven for interpreting this as some poor young girl being traumatised by the sudden appearance of a terrifying grinning monster bearing down on her. We’ve all been there. But then, if you know your classic children’s cinema of the early 21stC (and I’m sure you all do), you’ll immediately recognise Sid (no not that Sid. Or that one either…) from the highly successful Ice Age franchise, doing a bit of Meeting and Greeting to mark the re-opening of Leicester Square er… square. She’s just had too many vodka sorbets, that’s all. Probably.

Yes, this is the iconic spiritual centre of London’s movie scene, venue for all the big Premieres and ideal location for M&Ms World. It’s London 2012 Olympics year, of course, and there’s been lots of refurbishment going on around & about to make the capital more pleasing to the global visitor’s eye during the tournament. Somehow they’ve spent over a year and £15m on this little pocket: there’s less greenery, but the 150,000 granite blocks from China are so much easier to maintain. And still some people are unhappy. 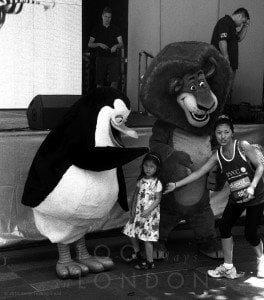 Meanwhile Sid and his chums do their best to give the event some sense of occasion (you can almost sense the excitement in this young girl’s face), whilst a big screen nearby endlessly repeats a trailer for the forthcoming Ice Age IV.

And to sing us out, take your pick from a 70’s one-legged flautist or some American Clash worshippers.