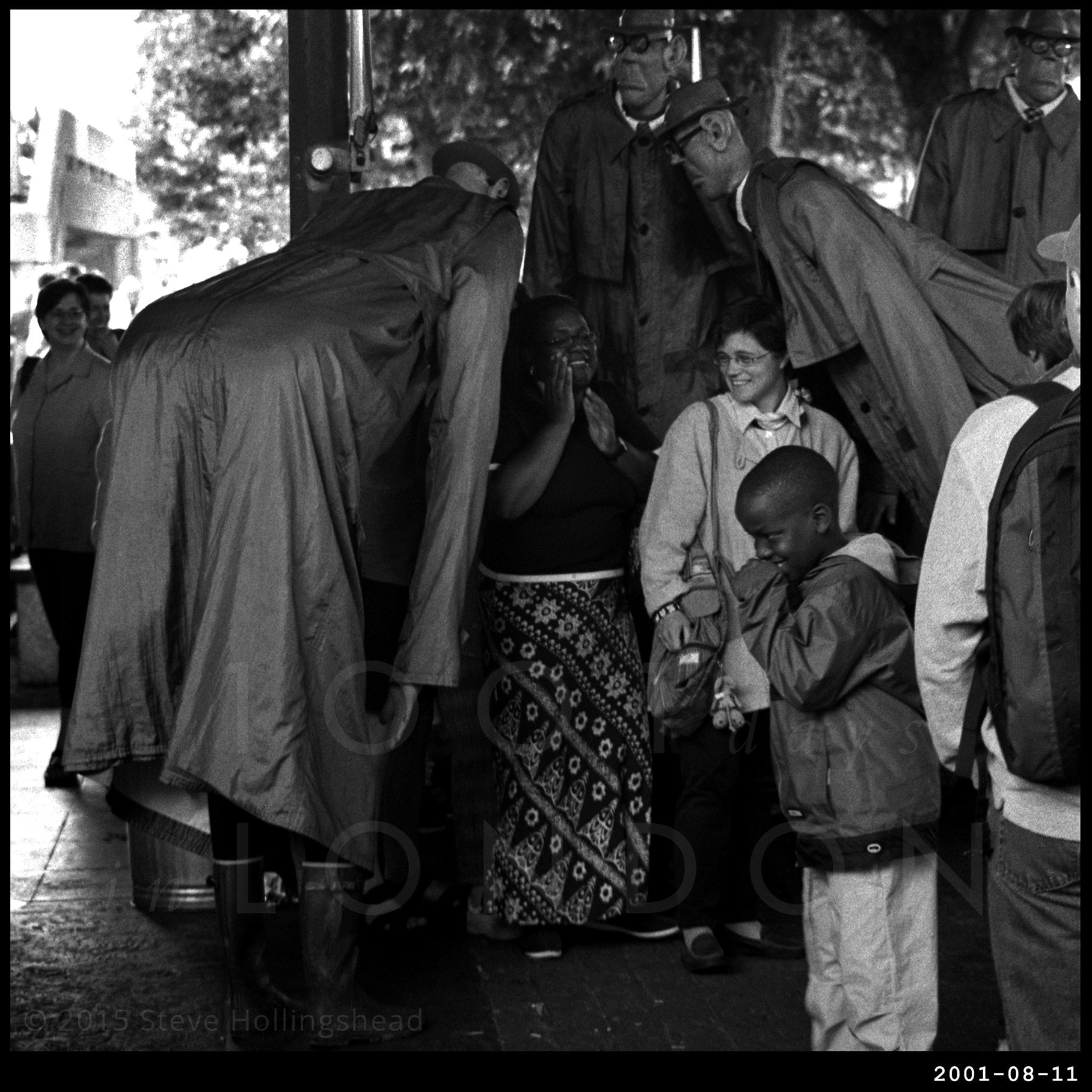 In the days long ago when weekend visitors to the south side of the river numbered in the low thousands rather than the millions we get today, those intrepid enough to venture east of the London Eye could still be treated to the odd burst of National Theatre sponsored street theatre (along with the occasional Community Festival up at Coin Street and the Festival Hall’s music and dance events, of course) to help make the journey worthwhile. 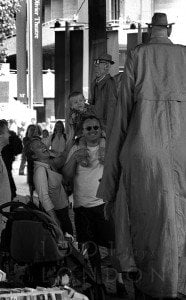 What we have here is an early manifestation of the eventually all-summer encompassing Watch This Space Festival. The premise is pretty basic, but effective: four very tall sinister chaps with extendable heads roam around the riverside & quietly creep up on unsuspecting victims, to much general hilarity – though not everybody is getting the joke, it appears.

Anyway, it obviously seems to work, as the company is still roaming around Europe doing pretty much the same thing today. They are French outfit la Compagnie Albedo, and as well as the Big Brothers, they have a couple of other variations on the theme.

Talking of Big Brother, you might assume I’d go for this as musical inspiration. But, this is cooler, no? Ok, maybe not…