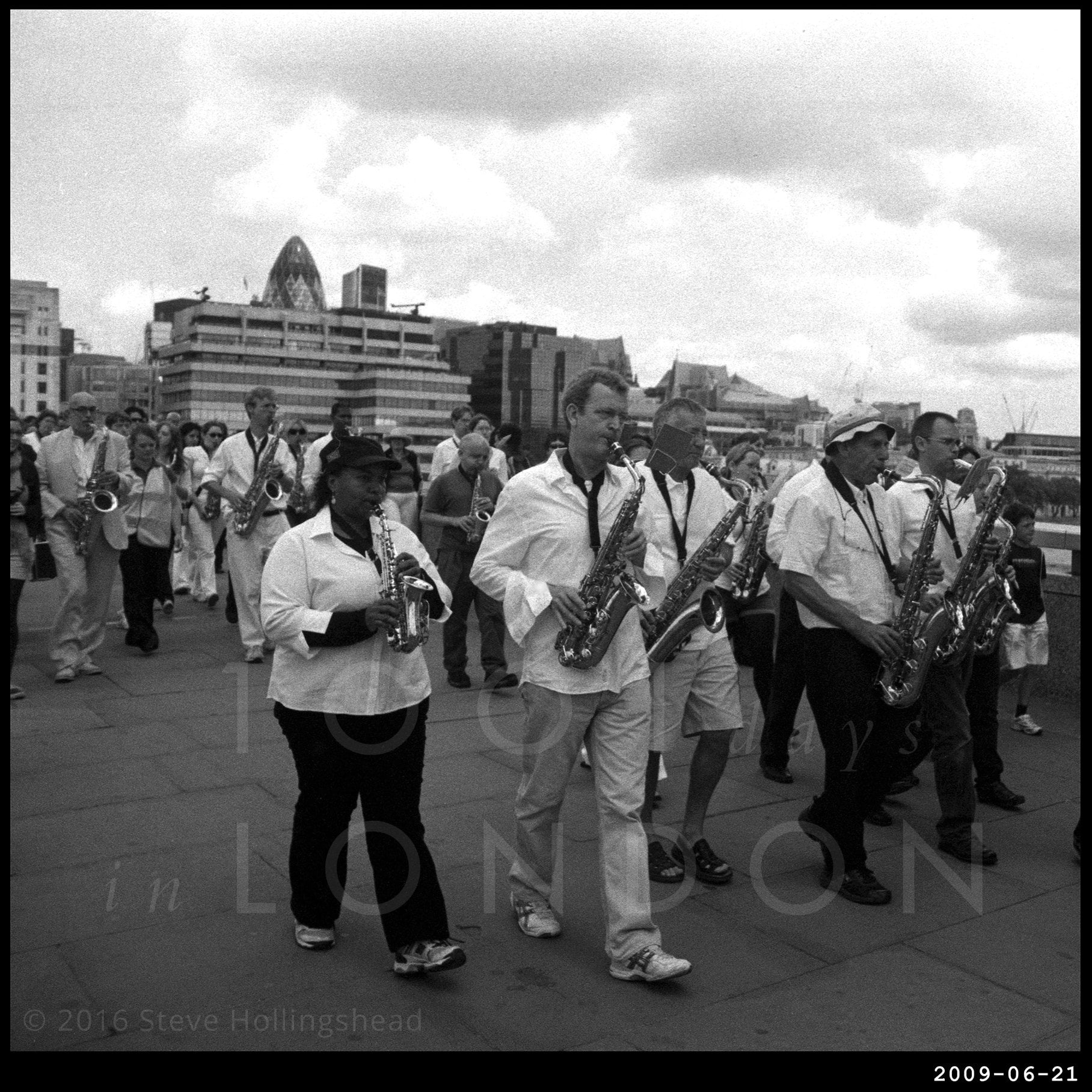 So, it’s a famous bridge’s 800th birthday – what would be a good way to celebrate? Well, you could close it off and have a street party – that’s a given. How about a design competition reflecting the original’s residential element? Fine, do that, too (of course, a grand-statement bridge could never be built across the Thames without a strict and transparent procurement process – now that would be dishonest…). And what about having 800 saxophonists dressed in white, coming together from across the city to cross the bridge creating a cacophony of noise, climaxing halfway across with a specially composed piece of music. That’s a brilliant idea. And why? Not sure – possibly Peter de Colchurch was a huge Sonny Rollins fan. 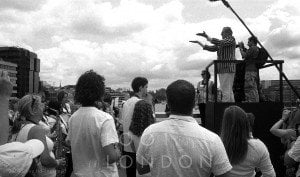 And there they all were. Entitled ‘Leviathan for 800 Saxophones’ (which has nothing to do with this Leviathan project, sadly) and organised as part of 2009’s City of London Festival, composer and leading saxophonist John Harle conducted enthusiastically in a dapper blazer from a raised platform in the middle of the bridge, much to the bemusement of all the passing tourists.

Incidentally, there’s a scale model of the original stone bridge in the church of St Magnus the Martyr on the North side of the river, sited on the actual road leading to the old London Bridge itself.

And here’s a bit of John Harle doing his evening job.