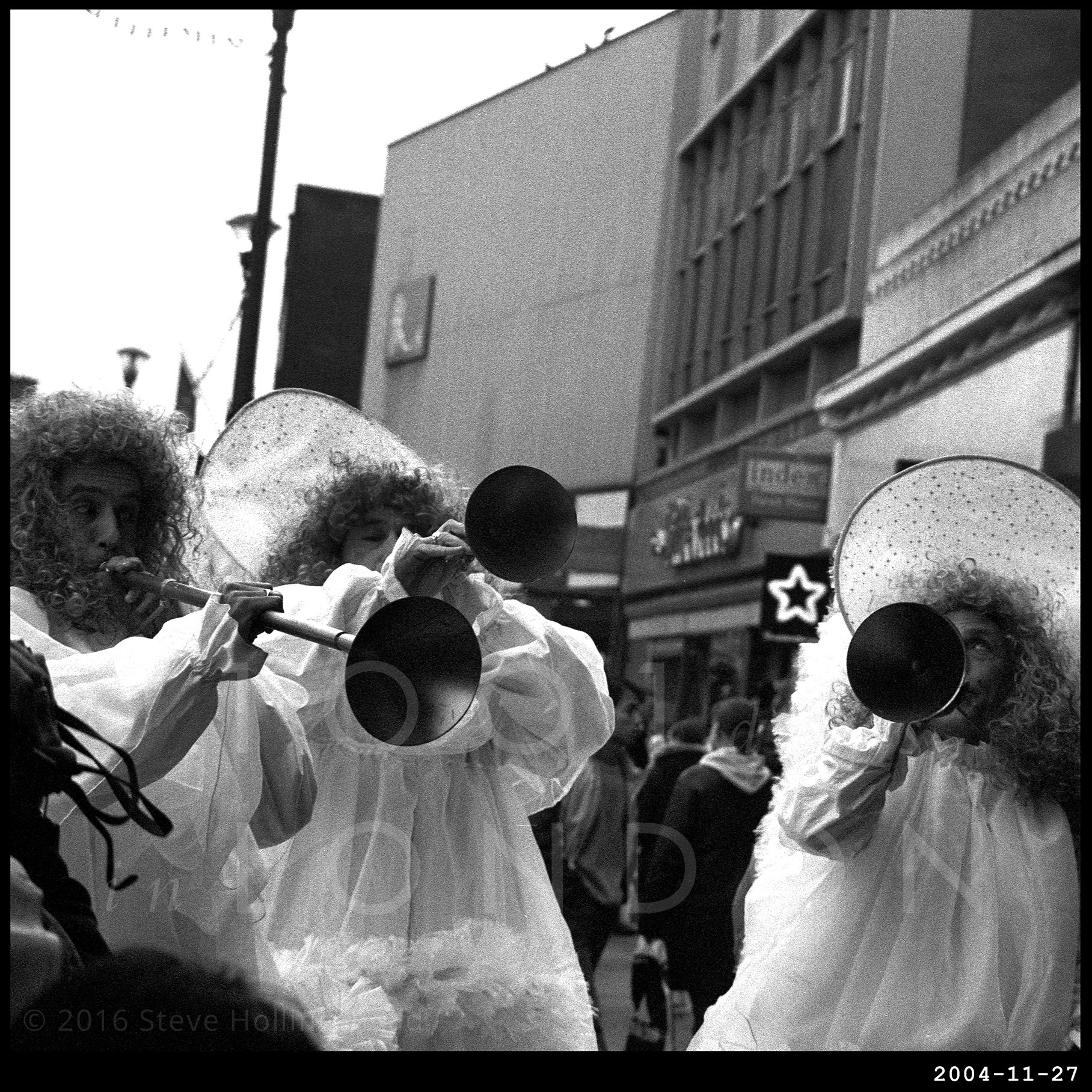 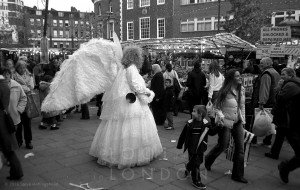 There are plenty of examples of previously unfashionable areas of London suddenly becoming the flavour of the month: Hoxton, Peckham – obviously, Walthamstow, Kentish Town, Shepherd’s Bush… well, just about most places, actually. Except maybe Lewisham [that’s the ‘town’ bit, not the borough by the way] oh – and Tottenham…. 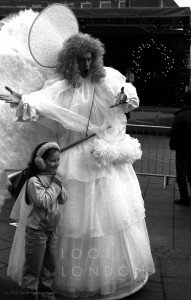 Anyway, Lewisham is surrounded by some quite funky places – Deptford, New Cross, Brockley – even Catford has its attractions – but though the centre is busy and well-connected, it is quite something of a mess. This isn’t of course helped by the baffling amount of redevelopment work taking place in and around the area at the moment. 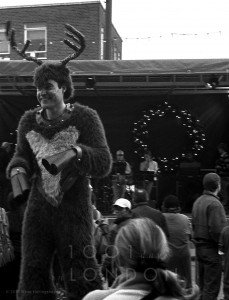 Before the developers got going, the council did at least try a number of initiatives to liven the place up a bit: this is an early Christmas one – British to the core, though, most of the shoppers appear stoically unimpressed by the presence of three angelic forms floating around the High Street on hoverboards [which don’t remotely ‘hover’ at all, the bastards], along with a small music stage by the market stalls and a very boyish reindeer attempting to drum up enthusiasm, which isn’t particularly easy when it’s a grey November afternoon. 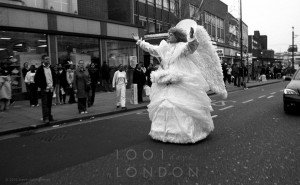 These angels are called Larkin About, and manage to get all over the place bringing spiritual joy to all and sundry, though this chap isn’t one of them. These meanwhile, are proper Lewisham Angels, whose efforts to help save the local hospital somehow resulted in an unexpected Christmas No1 (thanks, Justin).