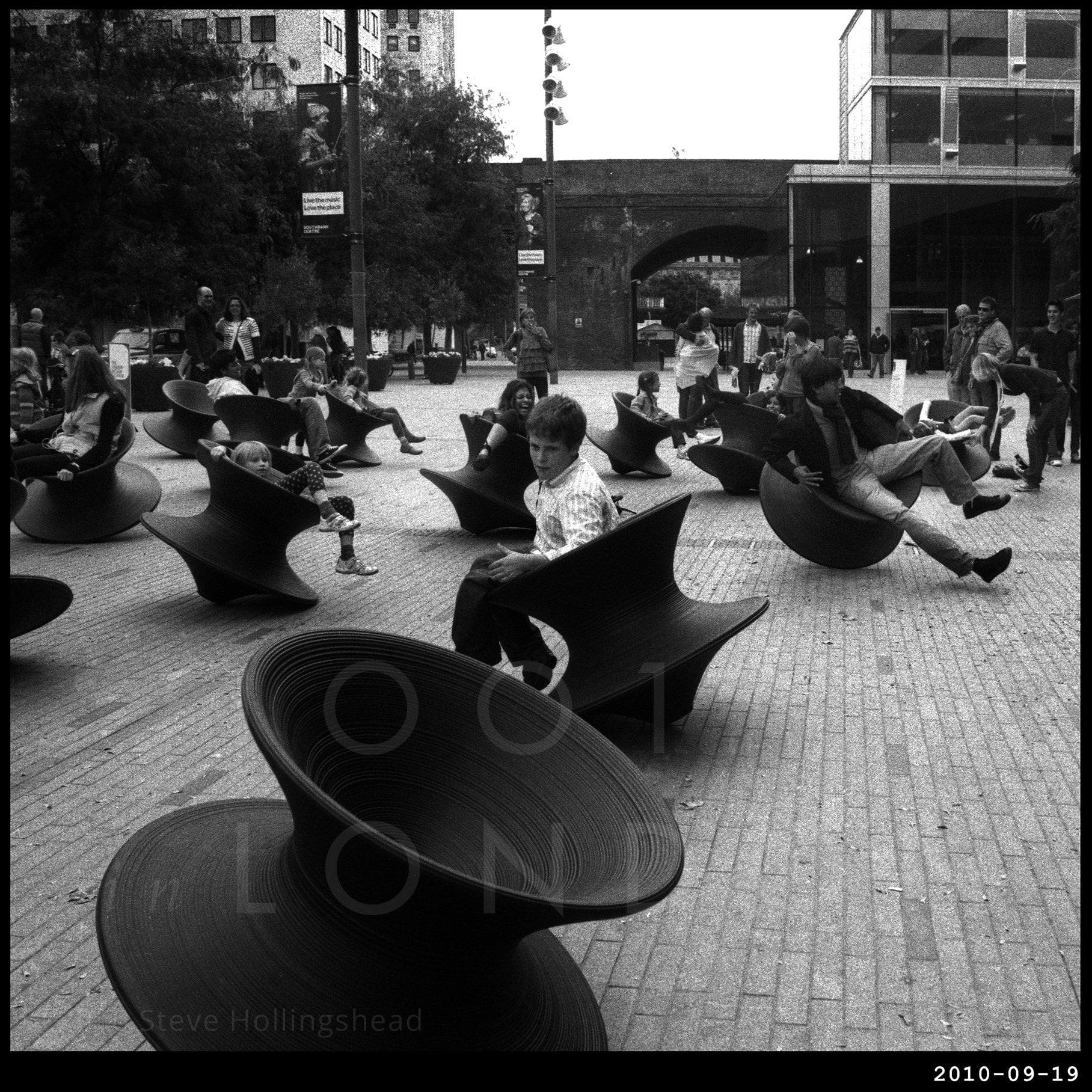 It’s London Design Festival week, and, not unlike London Fashion week, diverse and unusual venues across the capital are commandeered to showcase the talents of a wide range of designers, more often than not presenting work that’s entertaining enough as part of a festival, but not especially practical in real life. 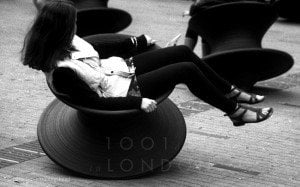 These dare-you-to-put-your-gran-in–one seats (‘Spun‘)are the result of Thomas Hetherwick’s fertile imagination, whose star was very much in the ascendancy at the time, so much so that he earned himself (well, his studio to be precise) an exhibition at the V&A in 2012.

Unfortunately one or two recent projects haven’t quite gone entirely to plan, but far be it for me to dwell on such minor controversies like these. 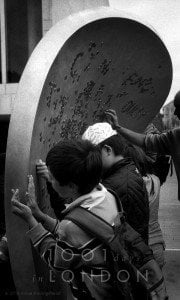 These were scattered around the open space behind the Royal Festival Hall, an area that is now more or less permanently used for mobile food and drink establishments.

Meanwhile, at the front of the same building, a cunning magnetic sculpture by Paul Cocksedge was allowing people to write their names or something rude in coins (low value ones, obviously). 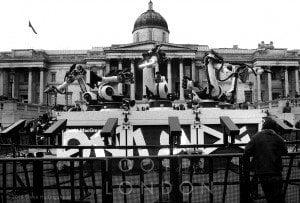 The main draw for the year’s festival, however, are the Audi robots having time out from putting expensive cars together to take part in this ‘interactive’ installation that involved creating letters in light, a process which isn’t all that successfully captured in the daytime with a b/w film camera.

When it works, well it’s just like Letters From the Sky, isn’t it?…