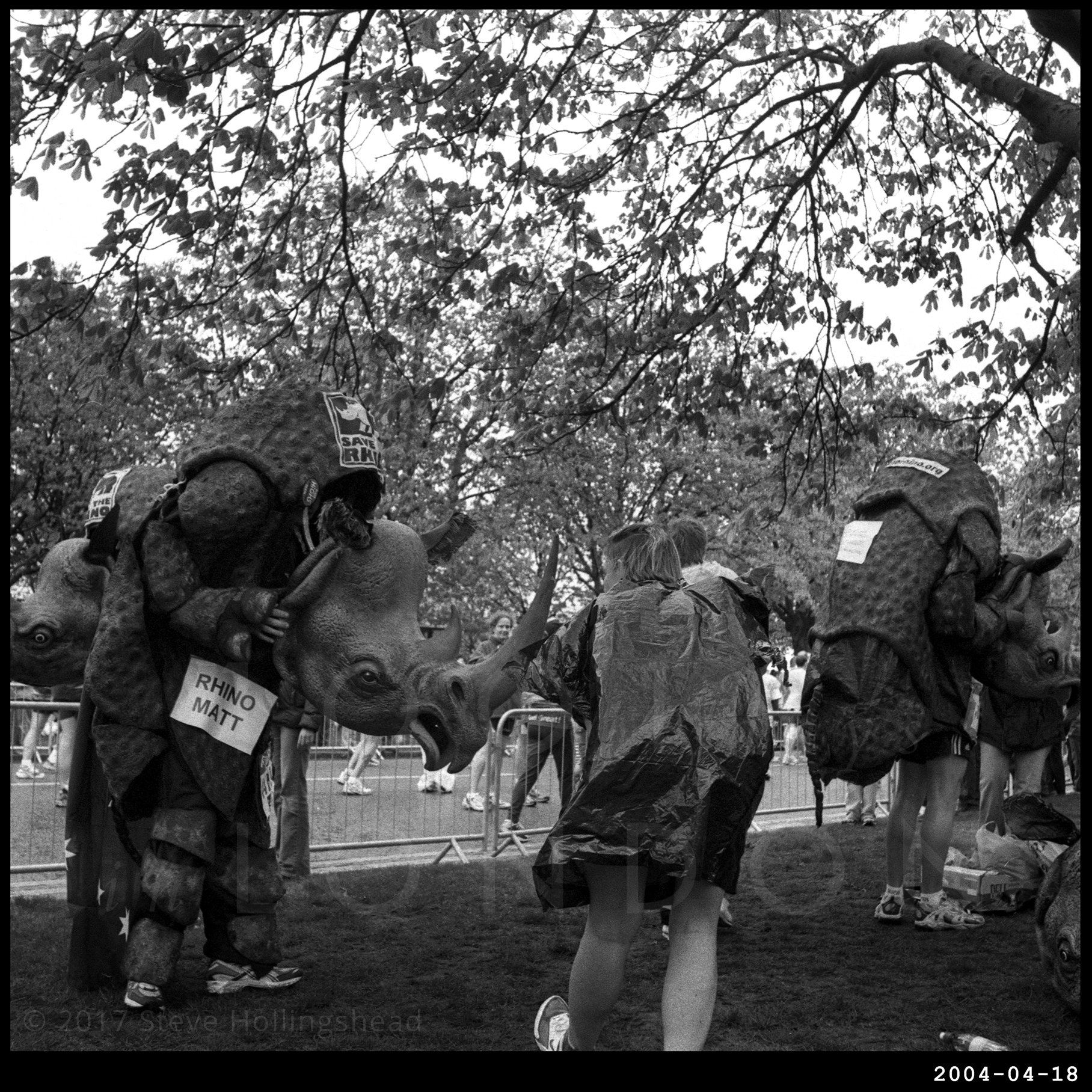 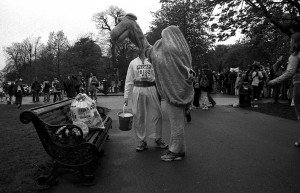 You would think, that of all the most endangered species there are on this planet that you’d want to raise awareness of in a 26+ mile run, the rhinoceros probably wouldn’t be top of the list to have to wear a costume of. Then again I don’t suppose many spectators would recognise a runner in a Saola costume running past, cute as it might be [and the gorillas have their own little get-together, of course]. 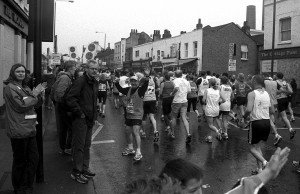 So it’s the rhino costume these heroic runners are donning here at the pre-race preparation and warm up area [camels aren’t quite so endangered by the way – and neither are Wombles…] at the top of Greenwich Park for the annual epic challenge – which we have covered a couple of times already – where a bit of extra training always comes in useful. And this is a rhino’s eye view of the fun. 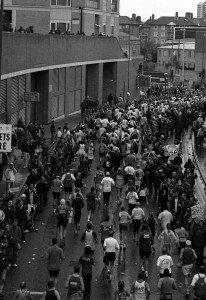 Anyway, 2004’s marathon has the added bonus of including a best mate amongst the runners [though not in a rhino outfit, sadly], who’s fine to spot in the not especially crowded streets at Charlton, but rather more tricky in the melee around Canary Wharf, and particularly difficult after his running chip failed & we’re all still looking to cheer him on outside Parliament when he’s already finished, waiting in the pouring rain on Horseguards Parade wondering where we’ve all got to, and singing this to himself [possibly…] 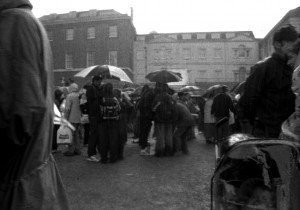