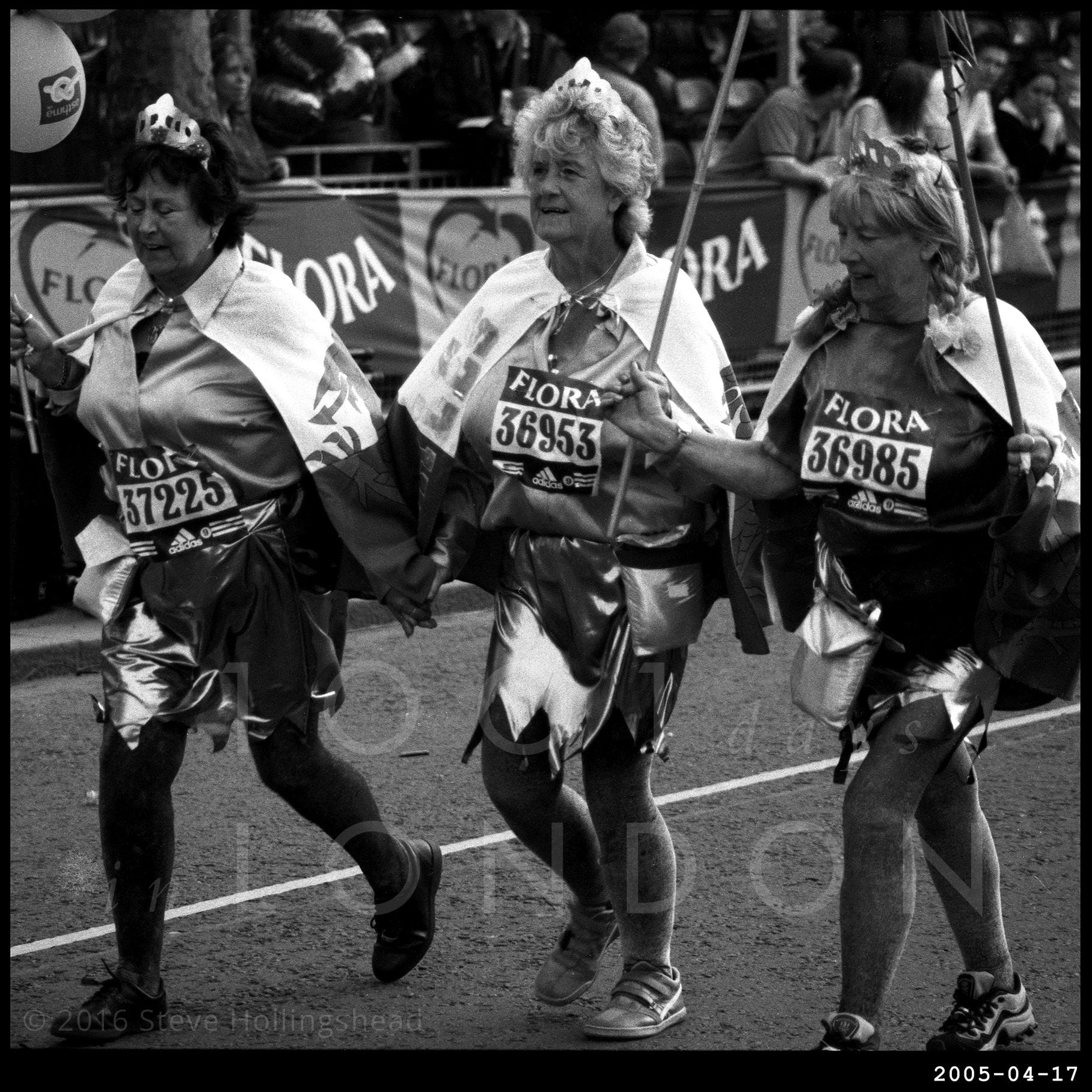 The London Marathon is one of those rare occasions where the overall spirit of generosity and goodwill amongst participants and spectators (except, perhaps on certain parts of the Jubilee Line) makes one proud to be a Londoner… even if technically one isn’t. So it is that hours after most of the competitors have been and gone, there are still people prepared to offer encouragement to those, for whatever reason, are struggling to finish.

This was London’s 24th race since the inaugural run in 1981 [I know he’s in this recording, but unfortunately it’s not mine to edit out], organized by former 4-minute mile pace-setter Chris Brasher. 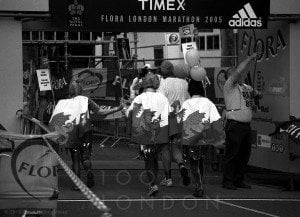 Brasher died in 2003, but has not been forgotten particularly by these heroic young women, carrying placards in his honour as they join hands to cross the finishing line together after a grueling 7-hour run/walk – almost five hours after Paula Radcliffe became one of the fastest women ever to run the race (despite the now infamous pit-stop). Oh, and they’re also supporting a children’s cancer charity and, er, Wales.

And what has all this got to do with Oliver Reed? Well, nothing, obviously, except that he starred with Rita Tushingham in DiCaprio-esque movie The Trap, for which the music now synonymous with the marathon was composed.