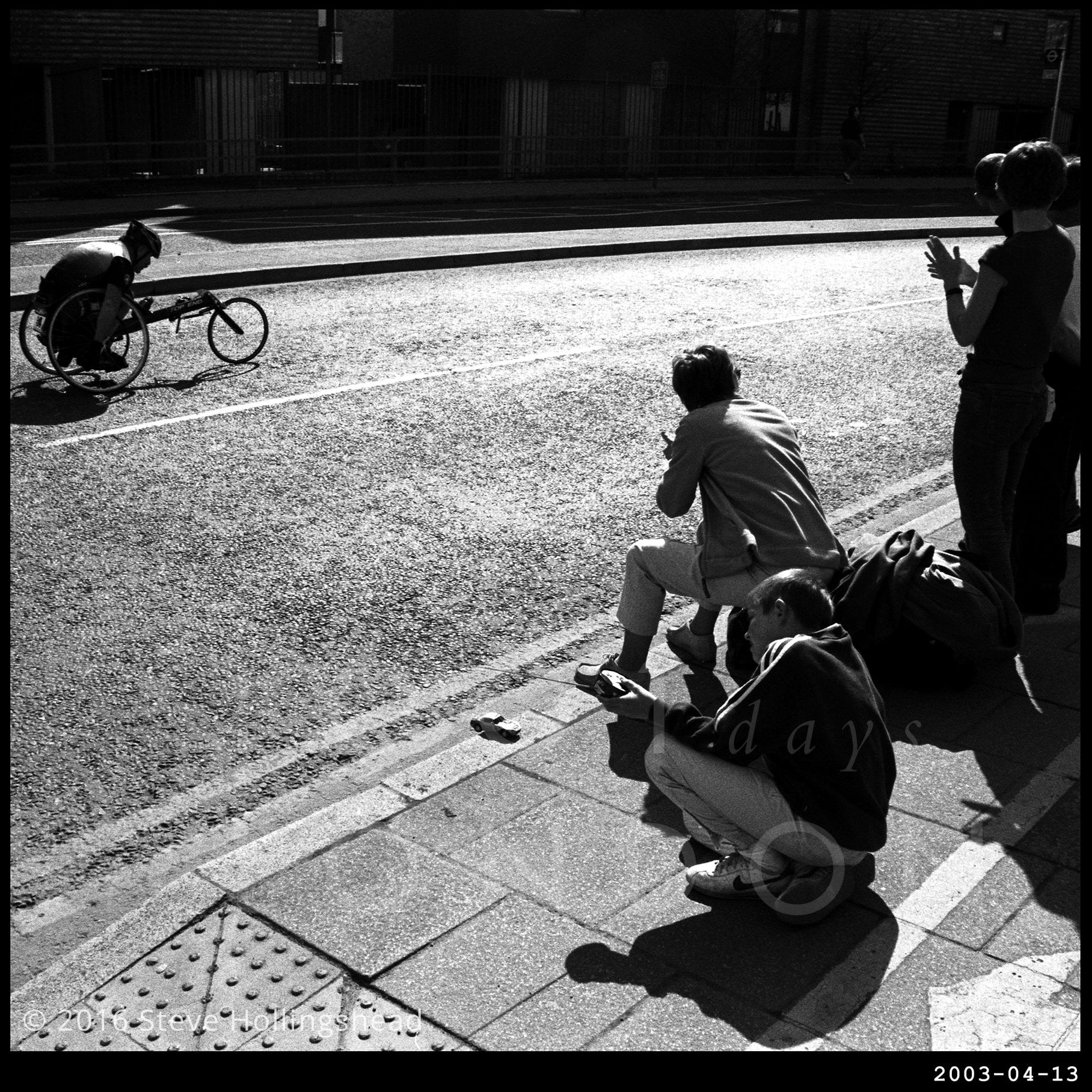 If you’re not prepared, taking on the London Marathon can be a dreadfully exhausting experience. Apparently it’s pretty tough for those people running in it as well, but I think they sort of expect that. 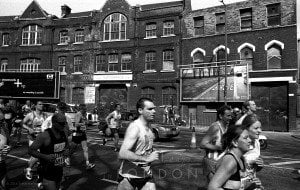 Trying to find a place to capture the spirit and atmosphere of the event can be a bit tricky: Tower Bridge is a great space, but rammed. So is the final stretch along Victoria Embankment, as is (presumably because you get two bites at the cherry) Canary Wharf. In fact trying to negotiate the DLR and underground with family and placards can be an absolute nightmare. 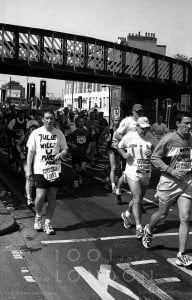 However, around the back of Canary Wharf, near the ‘new’ Billingsgate fish market it’s a lot quieter (well, it was in 2003). This is about mile 19 & is the part where the runners start heading due west for the final stretch. And from here you can join the locals down Poplar High Street and Commercial Road (which probably looks a lot less run-down industrial these days).

Incidentally, Our Paula was again the star of the run this particular year, and the men’s wheelchair race (which can get a bit messy) was won by Frenchman Joel Jeannot (you never know, that might be him in the picture…).

And talking of Commercial Road, there’s a band, don’t you know…