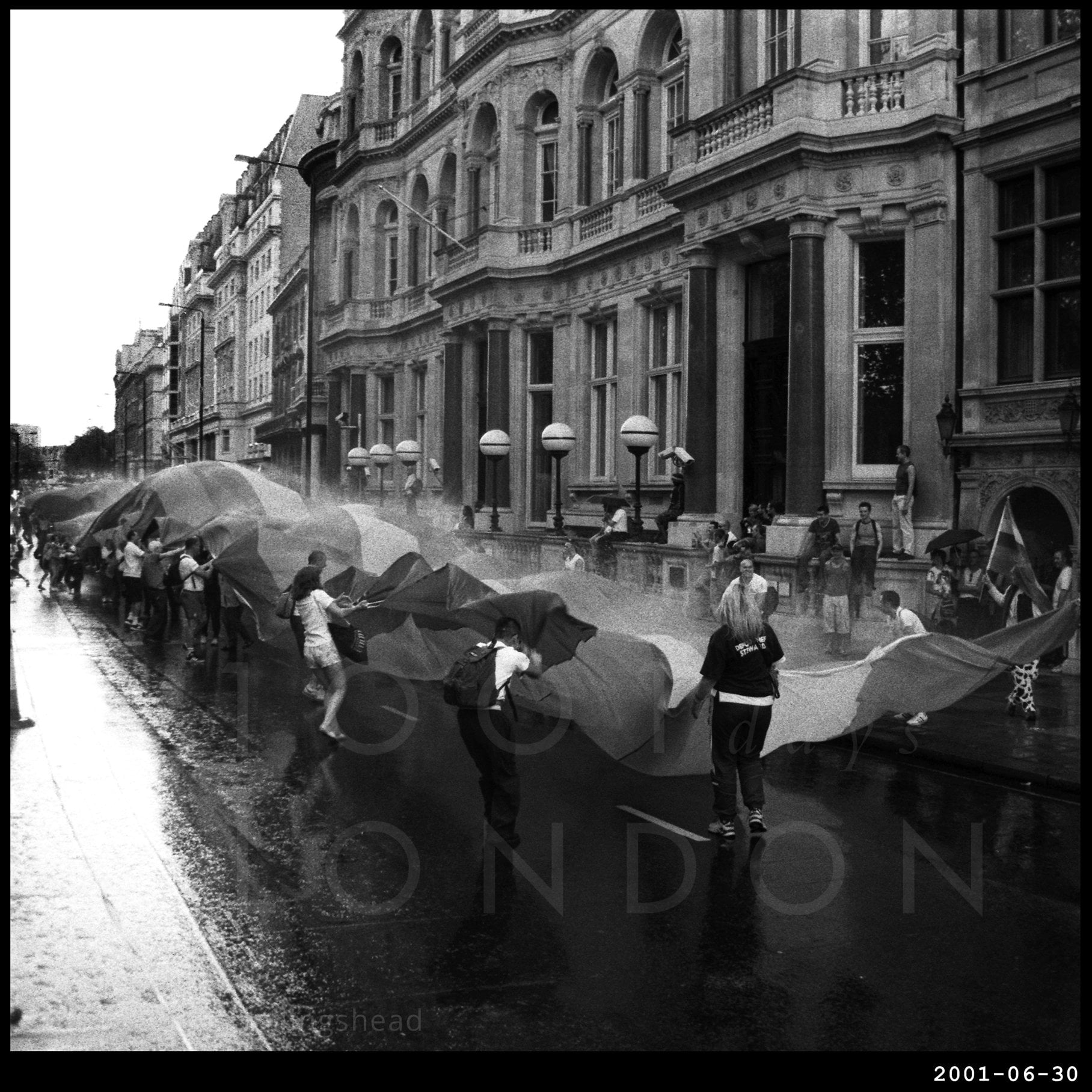 In 1971 about 200 activists and probably the same number of police escorts organised a Gay Day in Hyde Park followed by a procession down Oxford Street, ending up in Trafalgar Square. Pride was born. By 2001 it took about 200 people just to carry the rainbow flag alone with tens of thousands taking part in the parade before hot footing it to Finsbury Park for fun and games with Hear’Say and Steps (amongst others). 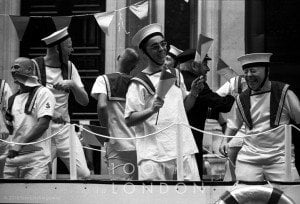 We have Gilbert Baker to thank for this colourful and ubiquitous feature of just about everything LGBT these days, having created the first one back in 1978 for Harvey Milk only months before his assassination. Each of the colours has a specific meaning, although hot pink (& I think we can guess the significance of that one) had to be dropped as it made mass production of the flag too expensive. And, yes, it’s quite useful in a sudden downpour to hide under, although not so good for spectators standing nearby when the rain finally stopped. 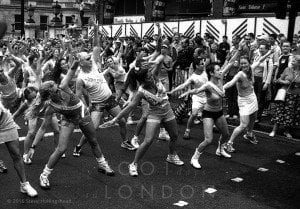 So here we are halfway down Piccadilly, so named (it’s been argued) after the popular 17th century fashion for ‘Pickadills’ (the tailor who created it built a large house on the street) – a type of starch collar, the likes of which may possibly have appeared around the necks of some of the participants of today’s parade no doubt.

And while we’re on the subject, the composer himself described this as “…a student work of novelty that wears off before noon”, but then he would, wouldn’t he?