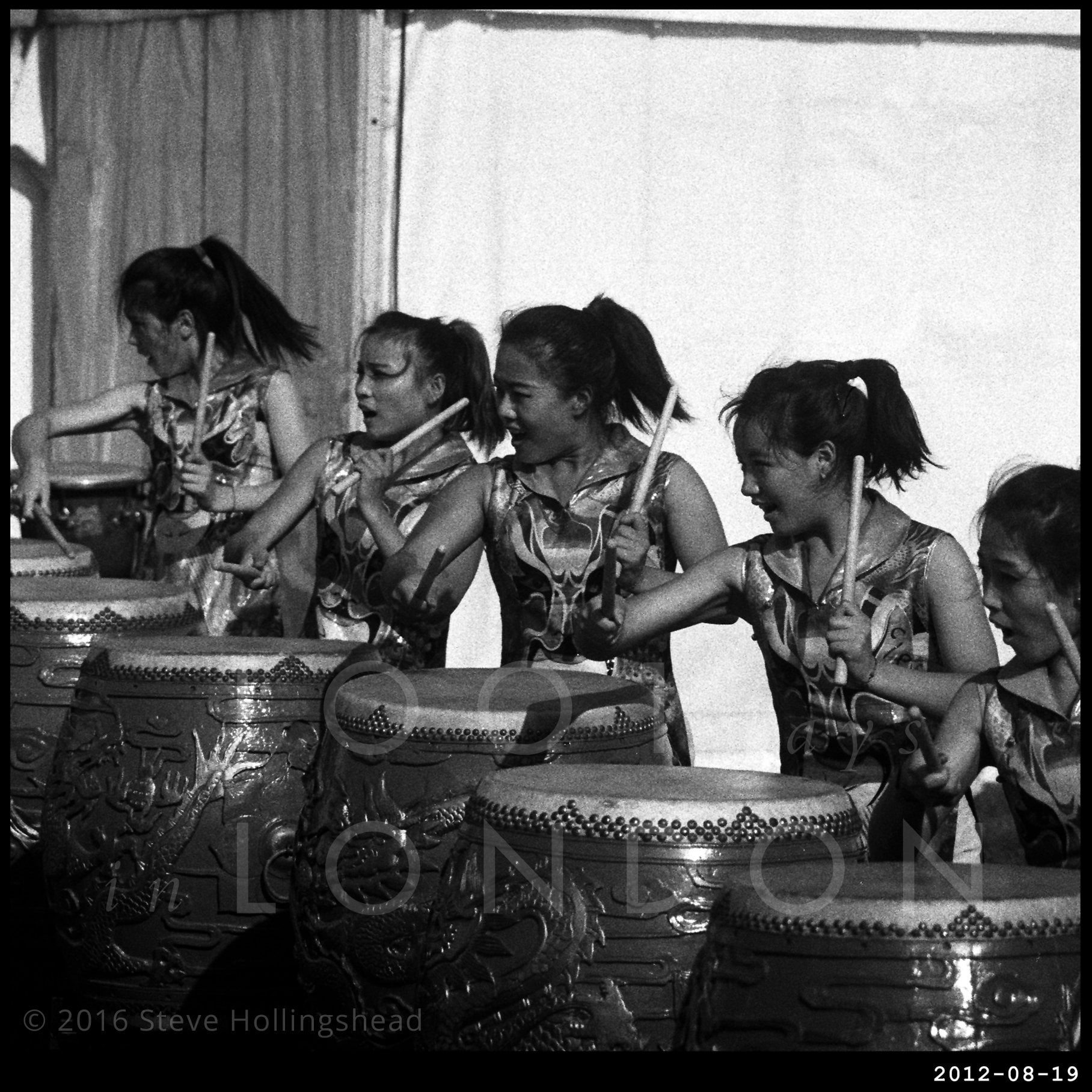 This lively bunch are Red Poppy Ladies Percussion, who are (it says here) China’s only female percussion group, which seems a bit surprising – with a population approaching 1.5 billion, you’d have thought a few more might have taken up the cudgels by now. Anyway, they’re fairly impressive, have performed all round the world (including the Beijing Olympics) and are warming up with a brief set here in the workshop area of 2012’s London Mela before going on to do their bit on the Community Stage. 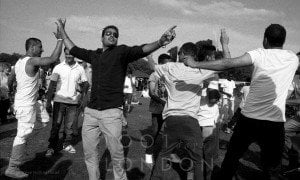 The Mela (Sanskrit for ‘gathering’ or ‘fair’ in case you needed telling) has been held here in Gunnersbury Park since 2003 and has evolved over the years to embrace almost every aspect of Asian culture from Classical to Urban, serving London’s Hindu, Sikh and Muslim communities – and many more. Alongside the obligatory funfair, face painting & food there’s a colourful parade and a spectacular finale. It’ll be interesting to see how introducing charging (in 2015) affects attendance figures.

Gunnersbury Park itself only came into existence in 1926 – it houses a local history museum, a Footgolf course and has a song written about it, naturally.