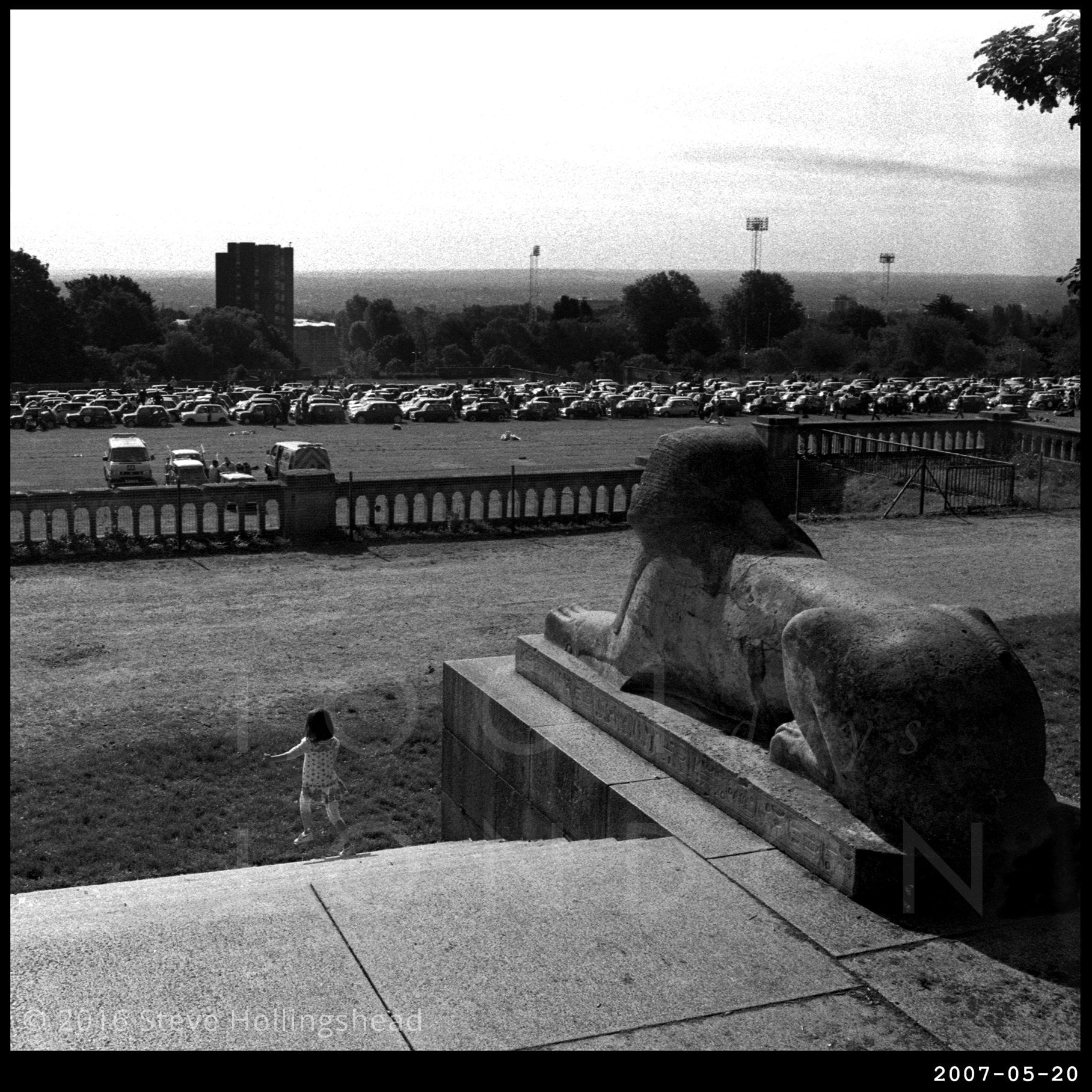 This young lady skipping merrily down some old steps is actually treading on history. Not Really Big History, mind – the sphinx here is all of 160 years old & is apparently copied from one in the Louvre, but that’s not the point – this is pretty much all that remains of the wonderful Crystal Palace, created for the Great Exhibition in 1851 and destroyed by fire in 1936 (and did you know one of the towers survived, only to be demolished to aid the war effort in 1941? Well, I certainly didn’t).

So, Crystal Palace Park, as mentioned before, has one or two little eccentricities, but it’s also a very useful starting point for a large gathering of like-minded enthusiasts to get together before heading somewhere civilised. In this case the enthusiasm in question is for the humble Mini. 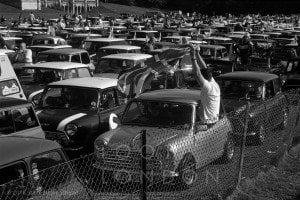 They’ve been holding a Mini Run (which doesn’t mean a brief jogging session) to Brighton since 1984 and well over 2,000 vintage cars (& a few not-so vintage) make their way to the park – many camping overnight – for a jolly down to the seaside. Properly acknowledged as a genuine classic of 1960’s design, its association with certain popular cultural icons helps to perpetuate its longevity. So we have to have this then, don’t we…