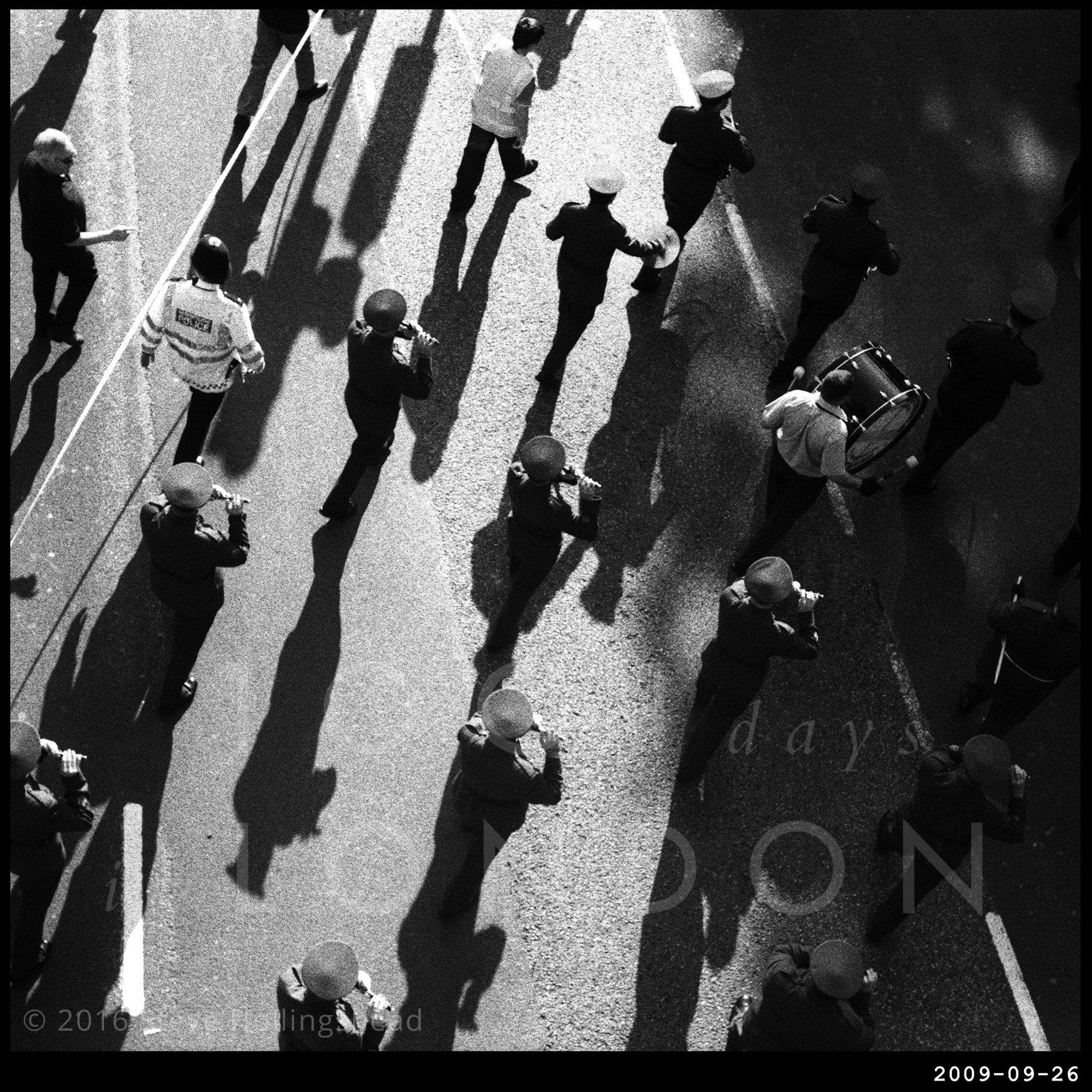 As I’m sure I’ve mentioned already (not that I can be bothered to find out where), September is an unusually busy month for outdoor activities despite being the end of summer and only a few weeks away from the clocks going back. This particular late September day is no exception, and unseasonably warm with it, so, possibly bearing in mind the imminent grimness of Autumn, we make the most of the day. 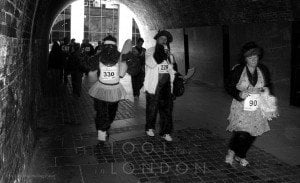 To start with, the Great Gorilla Run (posted before here) is already underway, although by the time the participants have reached Bankside the ‘run’ has mostly deteriorated to a stroll. 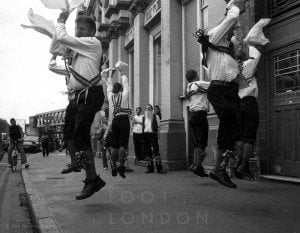 Later on, we come across a number of Morris teams putting on displays around Borough Market – the proximity of a decent number of real ale repositories having nothing whatsoever to do with choice of stomping ground here, obviously… 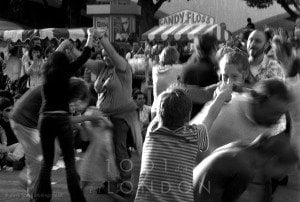 Meanwhile, down at the South Bank they’re holding the Alternative Village Fete, which we’ve also already come across before.

In Trafalgar Square it’s Eid on the Square, which we haven’t covered yet, but will do at some point in the future. 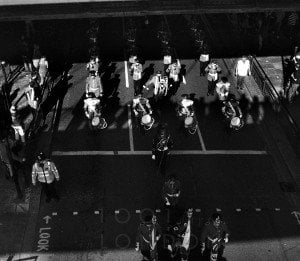 And on the way to the Square, whilst crossing the Hungerford-Jubilee Bridge, a stirring military-looking procession is passing by. Thanks to Peter Marshall, we learn it’s the Protestant community’s commemoration of Lord Carson’s 1st world war efforts, which we don’t come across at any other time, so it get’s to be today’s picture, especially thanks to the quite dramatic shadows being cast in the afternoon sunshine.

So as we’re celebrating the ninth month of the year, here’s a September piece of music to play us out…