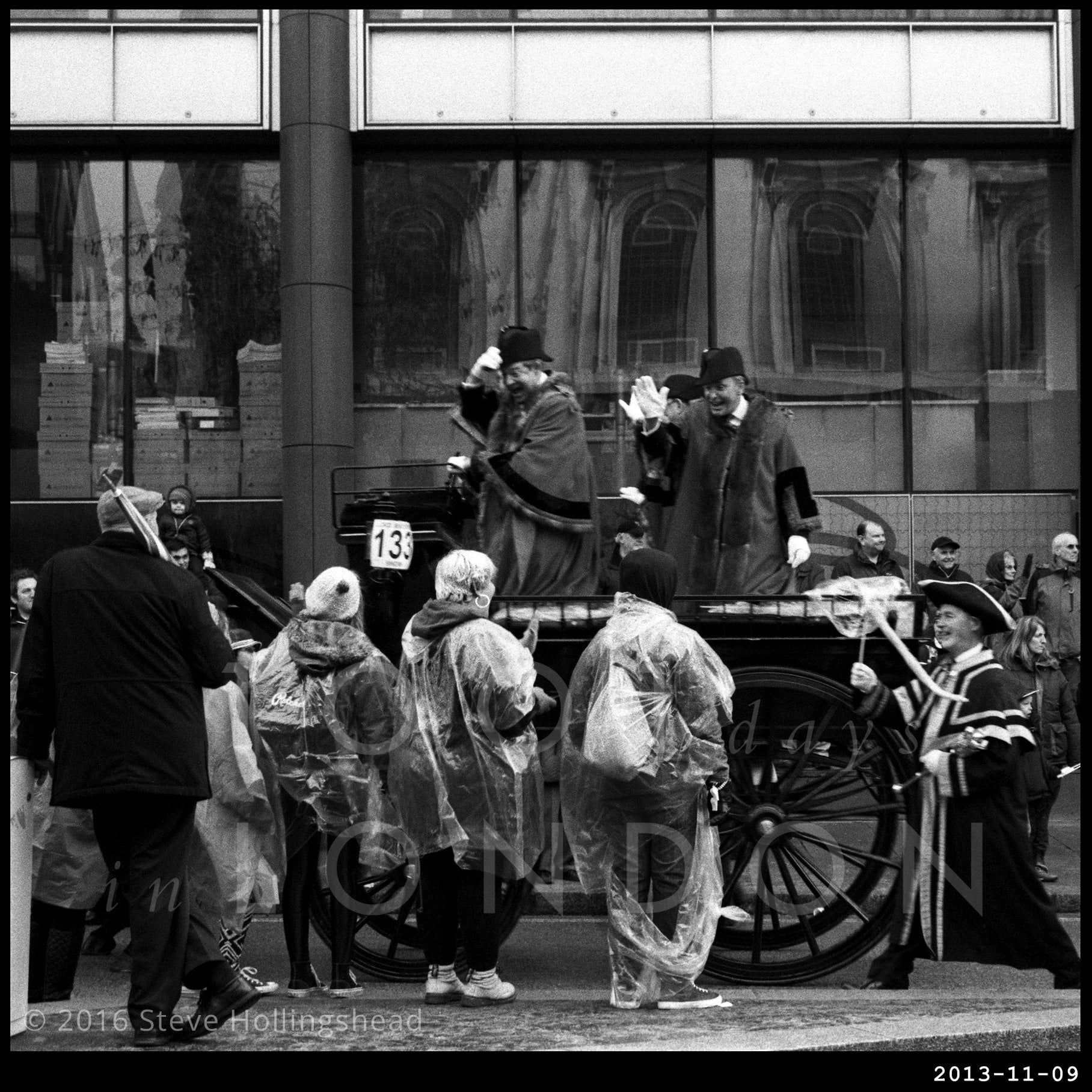 It’s a well known fact that the last thing you’ll ever get a Brit to talk about is the weather – the climate in this country is so boringly consistent that should you ever raise the subject people would just politely change the topic to something a bit less predictable, like quantum physics, or Wayne Rooney’s best position. 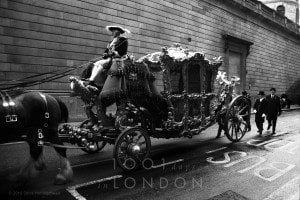 Don’t believe me? Well take the annual Lord Mayor’s Show in early November: It will be raining. You could argue that maybe it only rains on the years that I choose to attend, but then I certainly didn’t go any of these years. 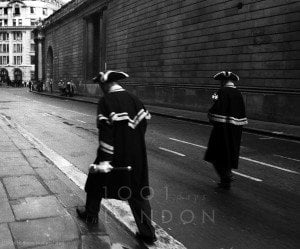 So, this particular year I held off departing until after most of the rain had stopped, which was pretty much the end of the day’s proceedings, which is why you can’t see the Lord Mayor (only the second female incumbent in the event’s very long history) in the Disney-inspired carriage here (they had Disney cartoons in 1757 didn’t they?) – as she’d already disembarked at Mansion House (the building, not the tube station) to rest her weary waving hand, and presumably have a sandwich or two. 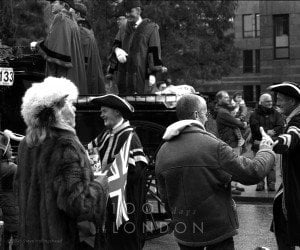 Anyway, the soggy weather never seems to put off the thousands of cheering enthusiasts who line the streets every year most of which have no idea who the Lord Mayor is and what he/she actually does, but enjoy the colourful and bonkers carnival nevertheless. Obviously, at this stage of the proceedings, most of the punters have gone off to refresh themselves for the evening fireworks (which always look much better in black & white, don’t they?) 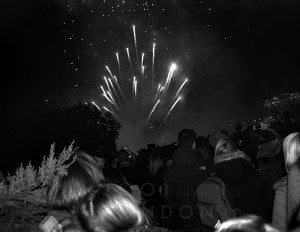