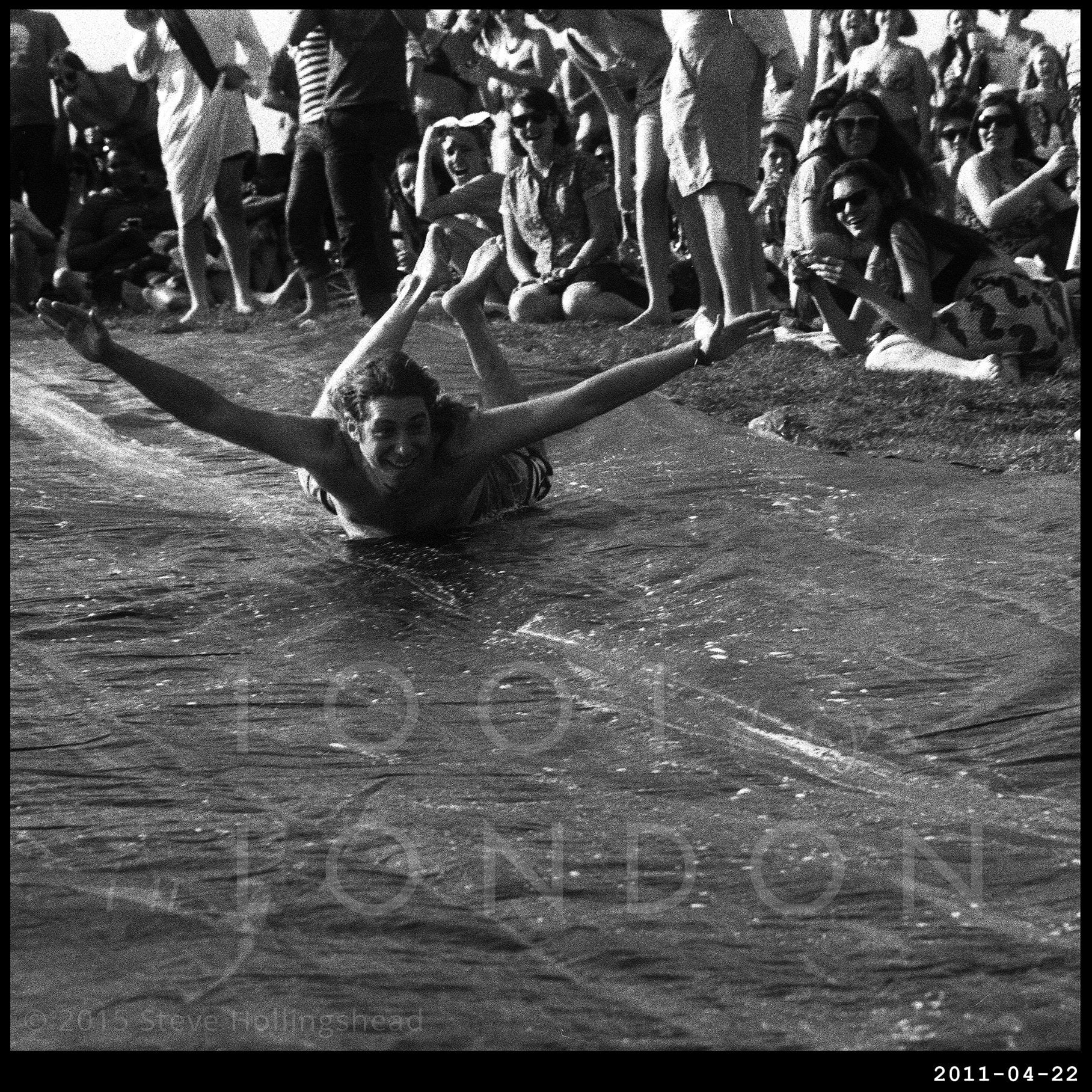 Statistically, according to the venerable QI, it’s more likely to snow in the UK during the Easter holidays than at Christmas. Well, that was pretty unlikely in 2011.

Good Friday temperatures in central London reached the mid- 20°s, which was excellent news for the self-styled Interactive Nonsense Facilitators of Get Lost and Found who held their 6th annual Lost & Found Egg Roll on Primrose Hill in unseasonably warm sunshine. In fact it was warm enough for the organisers to bring out their 30m waterslide as an addition to the more traditional Easter silliness (the fact that the nearest water supply was a good 10 minute trudge away at the bottom of the park didn’t appear to be too much of an issue). 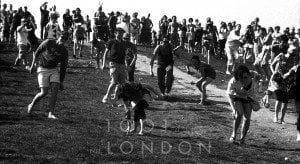 It also made for a larger crowd than usual taking part in the decorated egg competition, the three-legged egg and spoon race and the ancient dark art of egg rolling – which has become something of an Easter tradition in the White House, and is still a popular annual event in Preston, though the other tradition of Staring At The Man With The Funny Box appears to have died out.

And what could be more appropriate to accompany this than a bit of Madness.