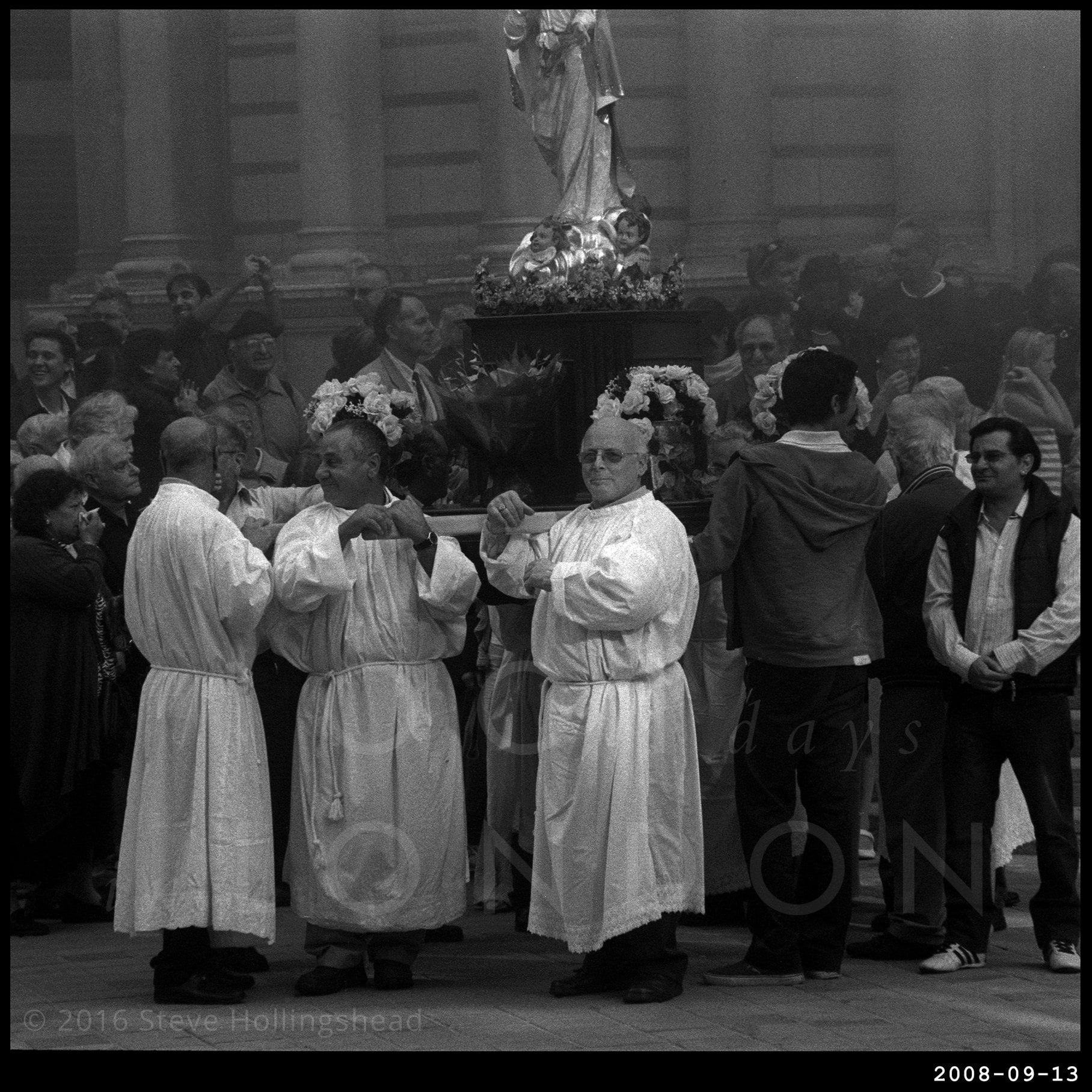 Let’s get this out of the way first: a citizen of Malta is a Maltese, not a Malteser. Nor is he/she a horribly cute small animal. Right, that’s sorted then.

Apparently, the most recent census has over 30,000 Maltese residents in this country, which isn’t that much under 10% of the island’s total population. And, positioned as it is not far south of Sicily, it’s not surprising that the Roman Catholic faith runs pretty strong in their community wherever they are. 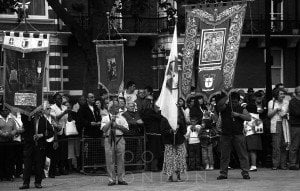 So, here we are at one of the few architectural gems in the fairly grim neighbourhood around Victoria Station for their annual Independence Day celebration, which, following a service in the Cathedral, (and some Chinese firecrackers in the courtyard for some reason) and, serenaded by a brass band from Wokingham, a procession of good Maltese folk – some in national costume – carry banners and a statue of ‘Il Bambina’ down Victoria Street towards a chapel in Westferry Road. 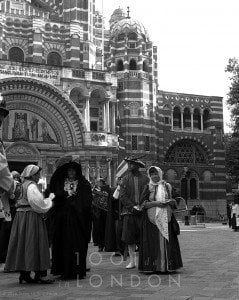 Anyway, here’re Peter Marshall’s photos from another year and here is the band playing at a different event. 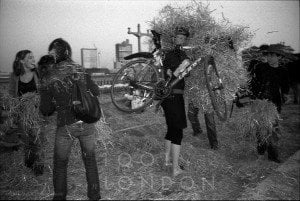 Meanwhile, this being the Late Summer Festival Frenzy, the Thames Festival is in full swing, with Southwark Bridge closed off for Feast on the Bridge and an opportunity to make hay (ho ho) and to take out your frustrations on any innocent with a bike who just happens to be passing,