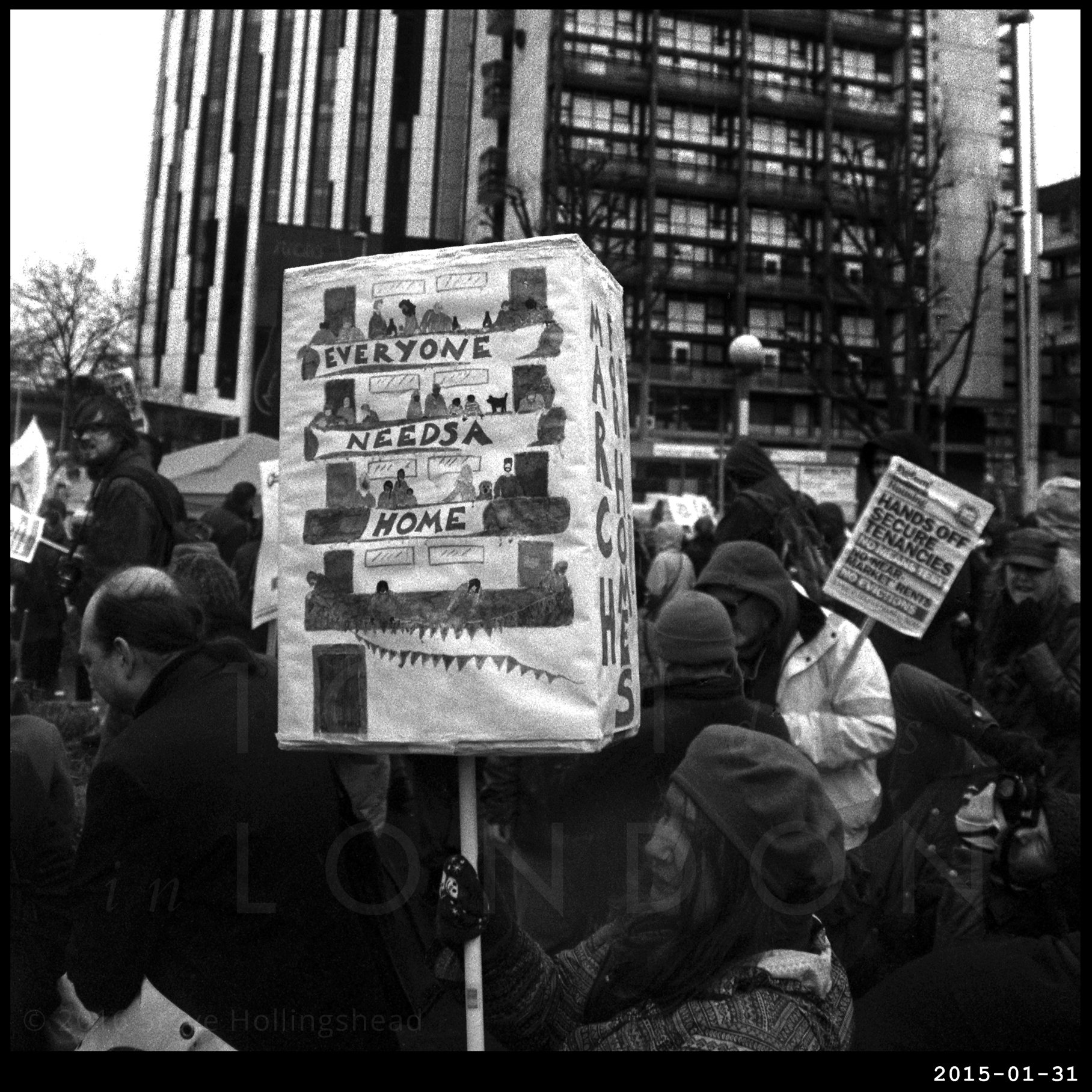 A grey, drizzly and cold afternoon in late January is probably not the ideal time to arrange an important public demonstration, but there are still a good number of hardy concerned individuals gathering here in this miserable weather in order to [try and] get their message across. 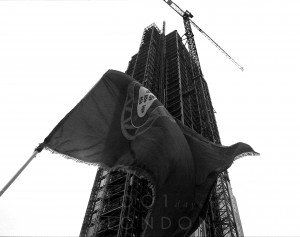 We’ve been on this patch of land before (when conditions were marginally better) – opposite the hugely popular Strata Tower and adjacent to the new residential tower One The Elephant – the ‘planning gain’ for which included a new leisure centre and swimming pool for the neighbourhood. 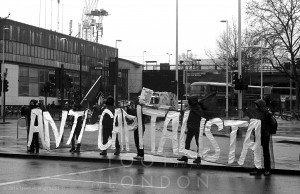 What, of course, is didn’t include was the obligation to include any social or affordable housing in its 37-storey tower – The great Lend Lease/Southwark Council partnership strikes again. Which is one of the reasons why we’re all gathered here today. 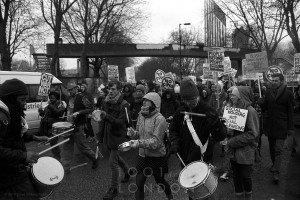 The march is due to head past what was once the Heygate Estate to the Old Kent Road before heading back northwards to combine with a similar gathering coming from East London, climaxing with a protest at County Hall (& beyond), where, it being the weekend, it falls on deaf ears [as if the then incumbent Mayor and his chums would want to do anything about the housing shortage anyway].

Anyway, it’s at least an opportunity to flag up this fine gathering of warblers doing their bit for social housing.