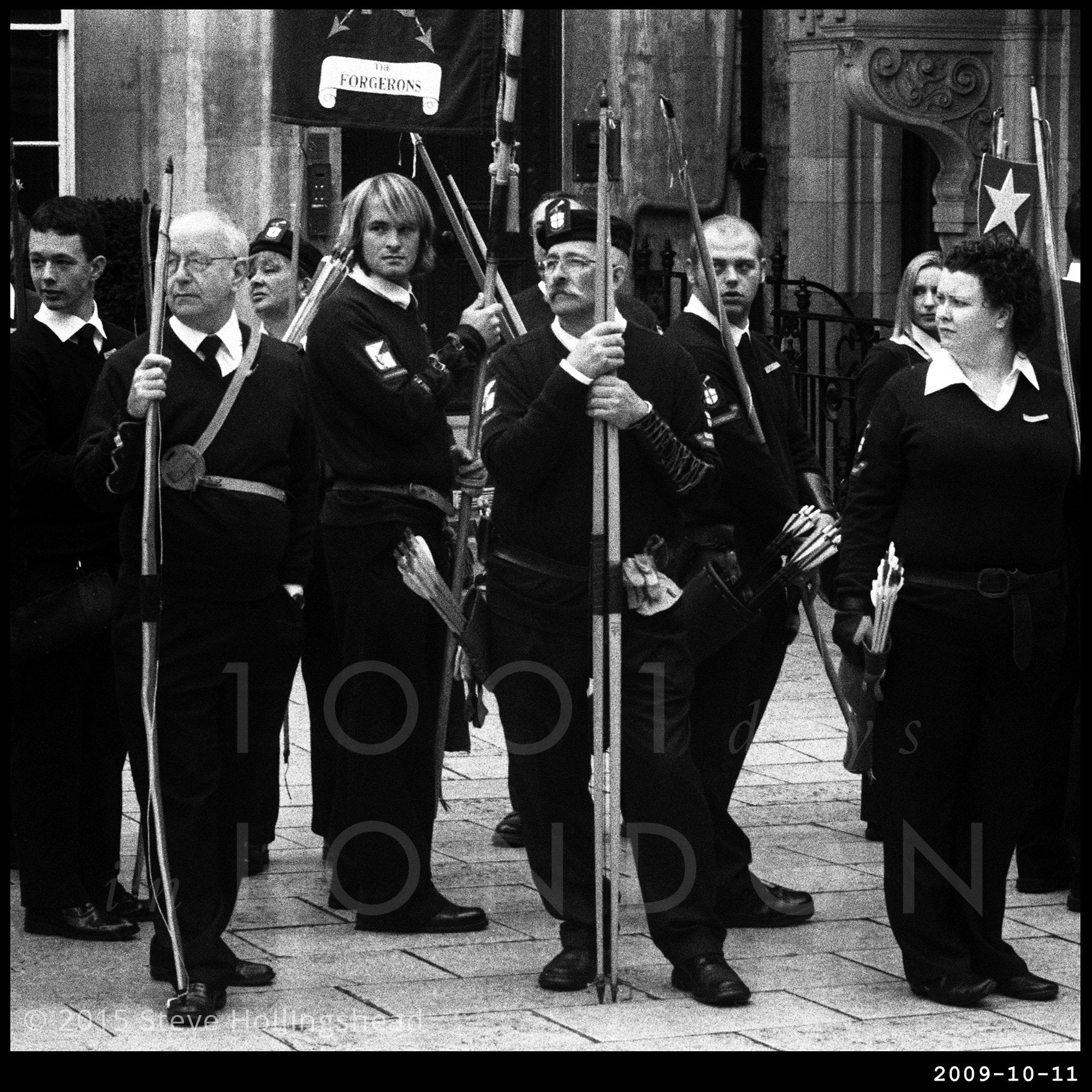 March of the Archers

Another of those one-offs here – a mass gathering of Archers in the middle of the city (no, not those Archers), in what looks like an audition for the next Marvel Superhero action adventure. This is, in fact, a special gathering of hundreds of Bowmen (& ‘Bow-women’ I presume) to commemorate the 500th Anniversary of the Fraternity of Saint George. In a recreation of what once was a common sight, these longbow enthusiasts marched in procession from the courtyard of the Guildhall to the grounds of the Royal Artillery Company, where they then enjoyed a bit of target practice. 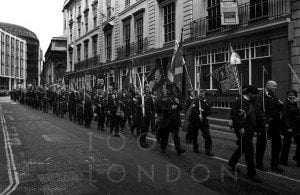 The venue is significant in that from the late middle ages (until firearms became the universal weapons of choice) it was compulsory for all adult males to practice the longbow on Sundays and holidays (this was in the days before potting sheds), with Finsbury Fields – now the site of the Artillery Company – being one of the designated training areas.

This 2009 event happened early on a Sunday morning by the way – hence the absence of the usual swarm of banker-types going about their business. Meanwhile, this chap seems keen to demonstrate quite how skillful the typical archer was expected to be. Things are done a little differently in Japan. And you might need earplugs if you click on this. Maybe try this instead…