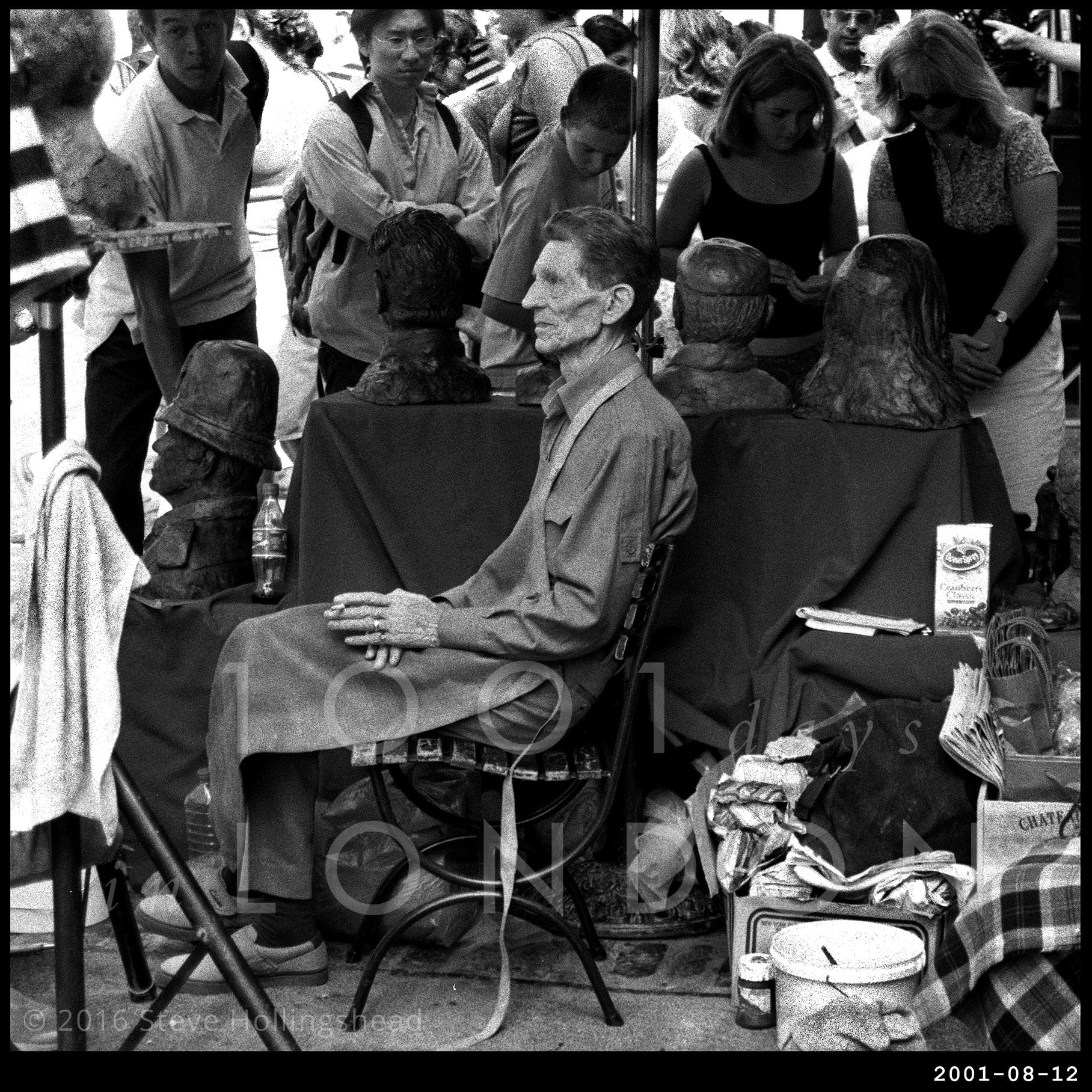 As is the case with most of the images in this collection that are over 15 years old, there’s pretty much bugger-all out there in Google-land to help explain what’s actually going on, so you’re free to create your own story here. The temptation to believe that this is an extraordinarily lifelike sculptural work to attract potential customers to invest in a (not quite so realistic) three-dimensional portrait bust is somewhat ruined by the accompanying image of our subject sneaking a quick toke of his roll-up – which, presumably, wouldn’t be allowed these days.

What we can ascertain is that this is a stall in Covent Garden Market – the Apple Market to be specific, though it’s been a long time since anyone could get their Granny Smiths here – since the ‘old’ fruit and veg market moved to ‘new’ Covent Garden in Vauxhall in the late 1970’s in fact.

Fortunately for today’s tourists and shoppers, the local community fought an epic and ultimately successful battle to prevent the then GLC from destroying the historic buildings as part of yet another misguided ‘regeneration’ scheme, and a generation of some of the city’s best street performers will be forever grateful they did. 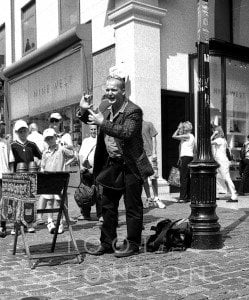 Many of these performers have been plying their trade here for quite a while, whereas others occasionally move on to ‘better’ things: Eddie Izzard used to perform here (to mostly bemused tourists) in his formative years – and the chap here at Magician’s Corner turns out to be Pete Wardell, who’s definitely moved on sartorially since then, at least.

Sammy Jay is but a novice in comparison, but by all accounts has made quite an impact already. Luverly.