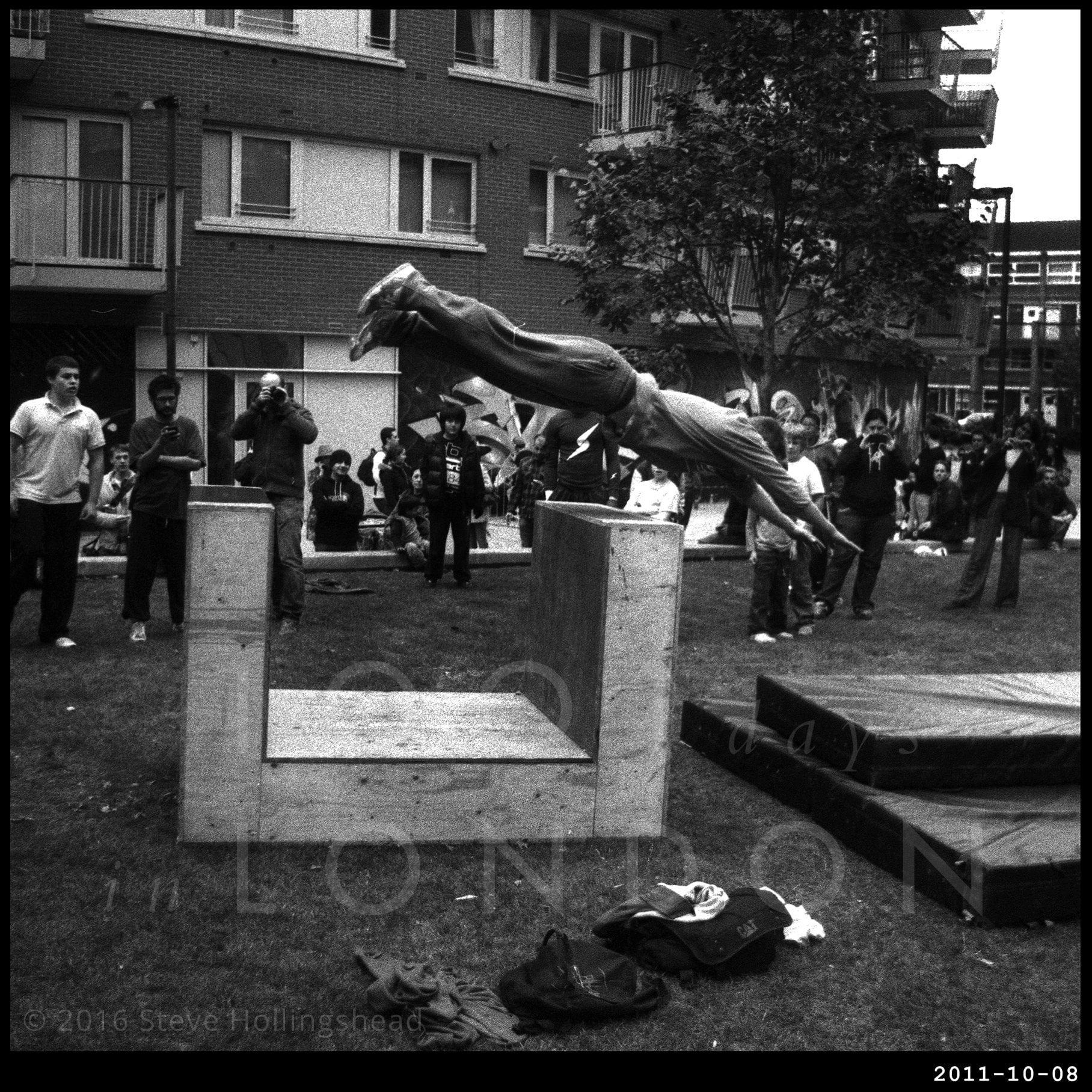 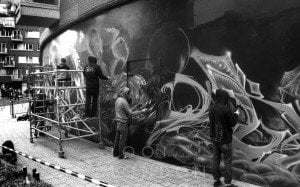 Here we are right in the middle of Arsenal country – in fact the former major recycling centre that once occupied the space where the 60,000 seat library currently dominates the area just the other side of the Holloway Road from here is now situated at the other end of this street. 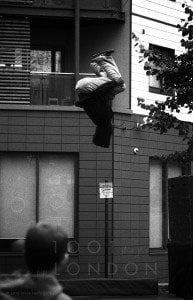 And if history had taken a different course, the buildings along this street could have had the grandeur (and value) of the more salubrious parts of Islington, where what were once considered slums are now highly desirable properties. Sadly for Hornsey Street, gentrification didn’t quite reach this far, the terraced houses went, and we now have the brave new world of The Studios. 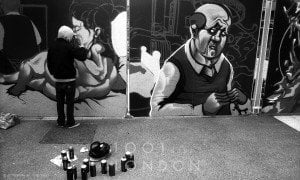 Still, they gave over their patch of greenery and plenty of wall space for the Meeting of Styles Block Party in autumn 2011 – an all day event for all the family organised by the chaps at End of the Line [if ever proof were needed that graffiti and hip-hop are very much mainstream these days]. 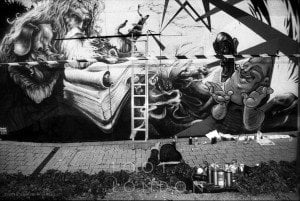 Billed as the biggest event of its kind, some of the top graffiti artists in Europe came to paint and party, including Jim Vision and Dr Zadok along with a lot of young fellows happily leaping acrobatically over boxes onto a pile of mattresses.

And here’s the official record of the event, your host Richy Spitz.