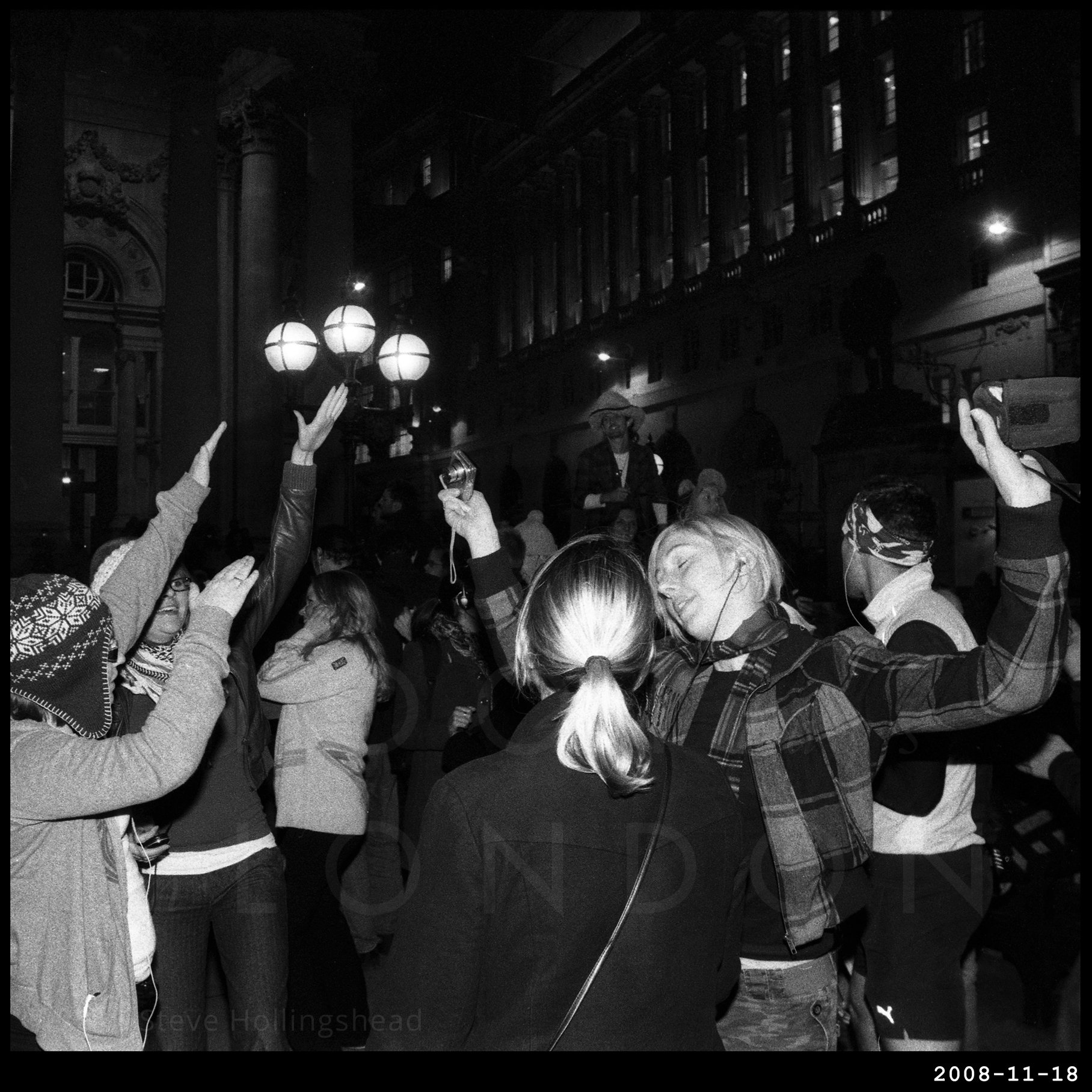 I know you’ll find this very hard to believe, but very occasionally a photographic image doesn’t always accurately represent what has been photographed – or, to put it another way, it is actually possible to misinterpret an event by basing one’s opinions on a single image – not that any photographer would ever contemplate deliberately cropping or adjusting a photo to suit a specific agenda – perish the thought! 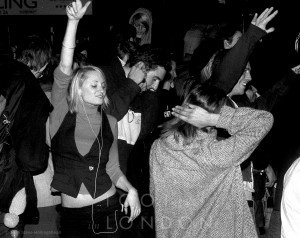 However, it is possible you might interpret from the selected images here that this particular flashmob are having a bit of a wild party on the steps of one of the city’s great institutions [well, it used to be, now it’s just a very impressive building with some rather expensive shops and criminally neglected murals inside] and being disrespectful to the fallen at a time of national remembrance. 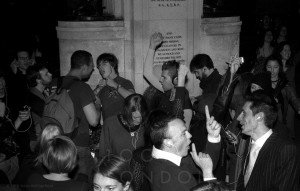 What the picture doesn’t tell you is just how quiet it all is. Also, all the attendees are here purely to dance (or take photos) – there’s no sign of any alcohol anywhere. And it’s a week after Remembrance Day – a bit close, possibly, but nobody’s climbing over the war memorial. 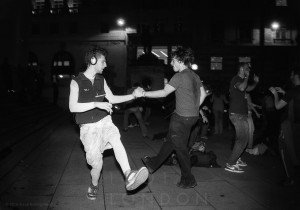 Which is all in stark contrast to the scenes here in less than a year later when G20 came to town, but perhaps we won’t dwell on that.

Instead we’ll go back to the eighties and the fondly remembered (well, by people in Cardiff at least) Third Uncles for a tune.