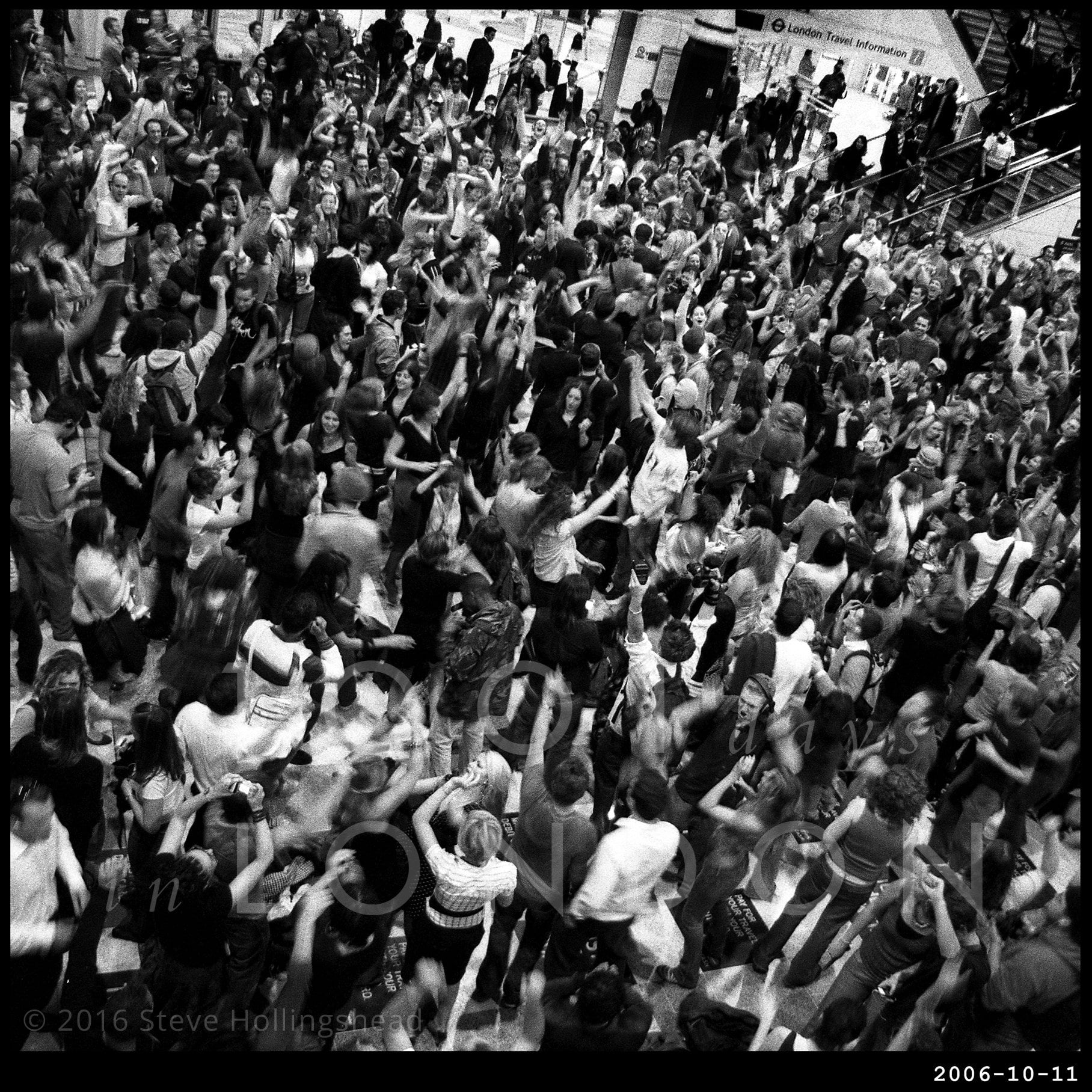 For any poor city worker rushing to catch the 19.27 from Liverpool Street to Gidea Park – having been enjoying a few well deserved ‘revivers’ after a hard day’s graft spent gambling away vast amounts of other people’s money – this might have come as something of a shock: instead of a clear run to platform 13, there’re hundreds of (mostly) young people blocking the way, performing bewildering gyratory movements despite there being no apparent inspiration for such antisocial behaviour. 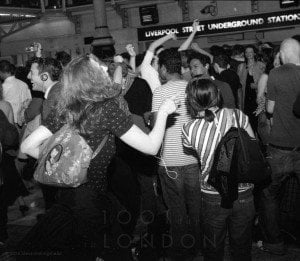 What we’re experiencing is of course the result of the growing phenomena of this new Social Media malarkey in which the mildly rebellious anarchy of a Flashmob has rapidly spread to the extent that hundreds rather than dozens of participants are in on the game. 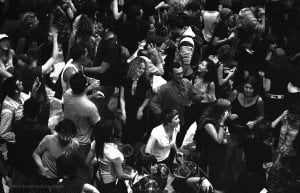 What inevitably happens next is that some ’creatives’ steal the idea and make an advert of it, which almost immediately pre-empts another ‘surprise’ invasion that everyone and their cat has found out about, and so the 19.27 to Gidea Park departs empty because they’ve had to close the station. Still – they got an award for the advert. So jolly well done, there. 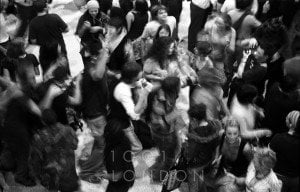 Naturally, this venerable old station isn’t going to let anything like that happen again. Well, maybe if some film company desperately hoping to give their dodgy product a touch of street cred is prepared to pay handsomely for the privilege they just might [and who knew the South Bank was so close to Liverpool Street?].

Now, what would be an appropriate Flashmob idea for this place, is to have a whole load of people spontaneously bursting into this. 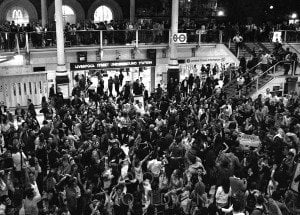