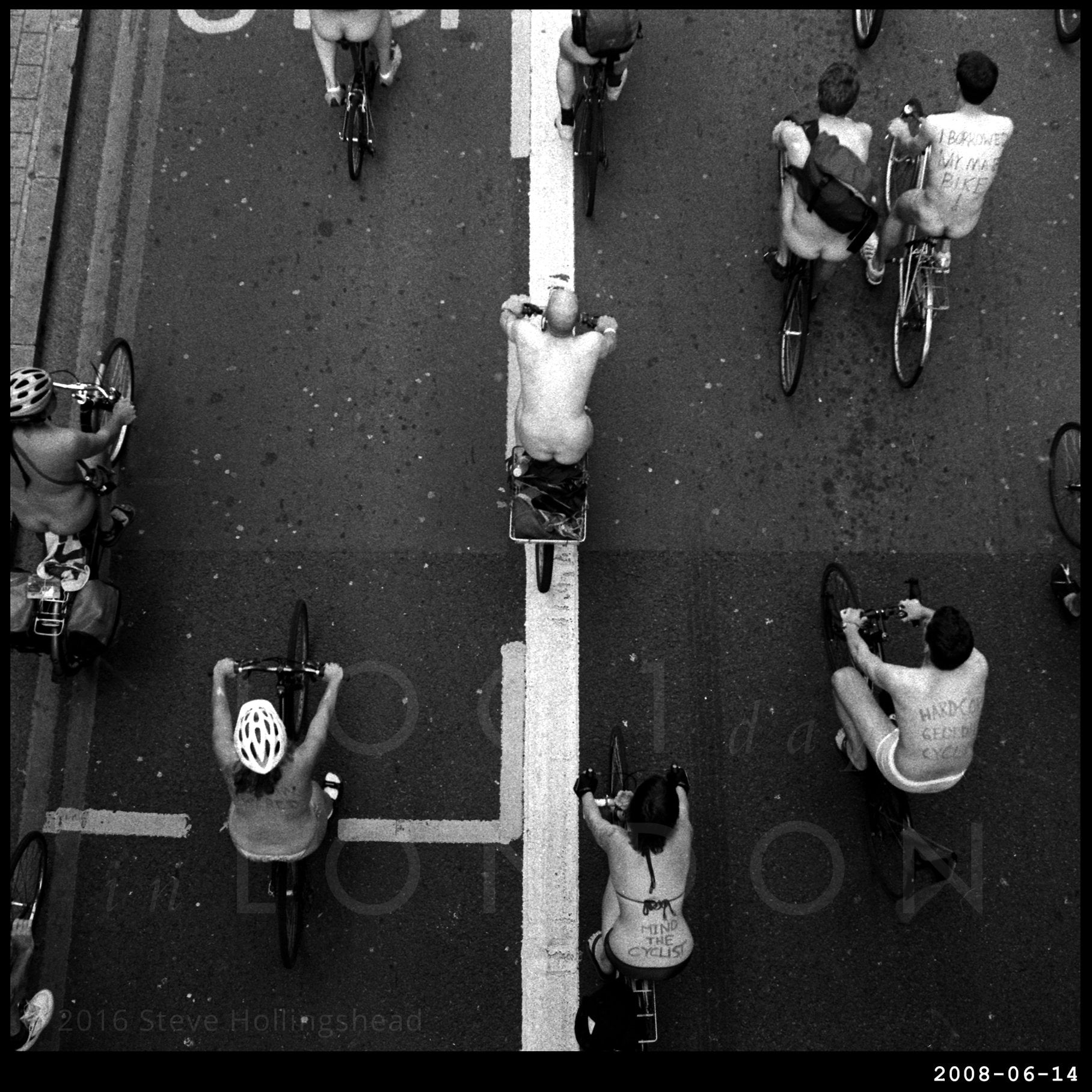 It says something about the general public’s ability to assimilate and absorb new ideas that the sight of thousands of people of all ages, shapes and sizes with little or no clothing on, passing by on bicycles now causes more outrage about its effect on the traffic than it does on public morals (though I imagine the attitude might be slightly different should the World Naked Bike Ride attempt to organise a jaunt in, say, Tehran or Pyongyang).

The first Naked Bike Ride in London took place in 2004, although naturists and protesters had gone fabric-free cycling in Germany (of course), Spain, Seattle and Canada before that, and, if these posters are anything to go by, late 19thC. Paris was swarming with unclad beauties on bikes. 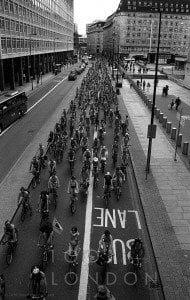 This unexpected encounter with the freewheelers this particular year happened whilst passing from Waterloo to the South Bank on the bridge crossing York Road [which hasn’t been possible recently due to the redevelopment of the Shell Centre –and no, I’m not deliberately trying to get the word ‘redevelopment’ into every post, it just seems that way] – hence the fortuitous, *ahem*, aerial vantage point. 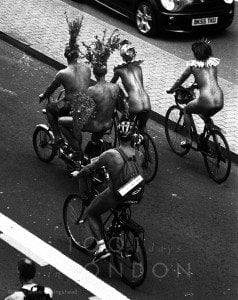 Yes, nudity in public seems to be everywhere these days, as we saw in a previous post. I’ll make no further comment other than pass you on to Jermaine Stewart for his opinion on the matter. 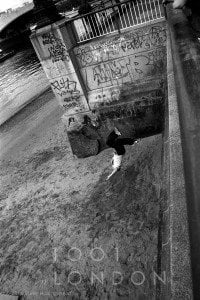 Finally up to the South Bank and yet another chap hurls himself recklessly onto the beach. There may be one or two images similar to this coming up in this blog over the next few months or so…