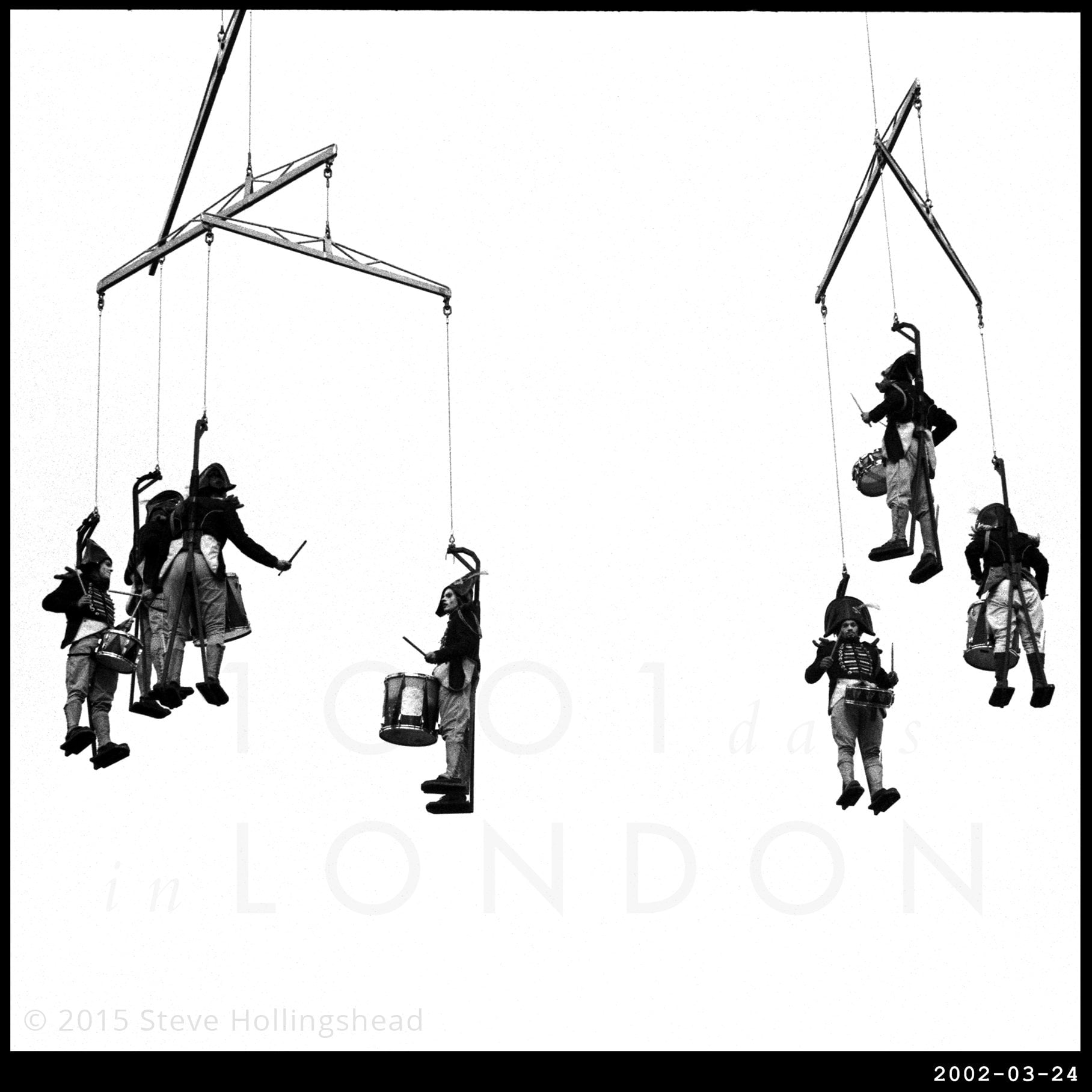 National Theatre ‘All Aboard’ event 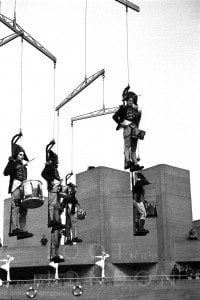 Ok, I know, that could be anywhere. But just to confirm, here are Transe Express heading up in their crane to hover above the expectant crowd outside the National Theatre. No doubt inspired by Alexander Calder, this French company (who’d have guessed) has been touring this particular production to enraptured citizens around the world since 1990 (though they do plenty of other things as well).

On this occasion they’re here as part of ‘All Aboard’: a day-long extravaganza of vaguely nautically themed free events around and about the theatre to coincide with the National’s production of South Pacific (which had a fairly lukewarm reception, although Philip Quast did win the Olivier for Best Actor in a Musical) – you know, the one with ‘There Ain’t Nothing Like A Dame‘ in it. Sadly, they don’t seem to have repeated the concept with other great musicals presented at the venue.

Later on, Avanti Display treat the crowd to a thoroughly epic soaking, as the Spurting Man pulls out all the stops (I know…) & becomes Neptune for the Grand Finale. 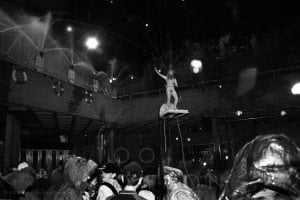 I’m not sure if that quite qualifies as ‘Enchanted’, but we’ll let Mr Quast have the final word anyway.